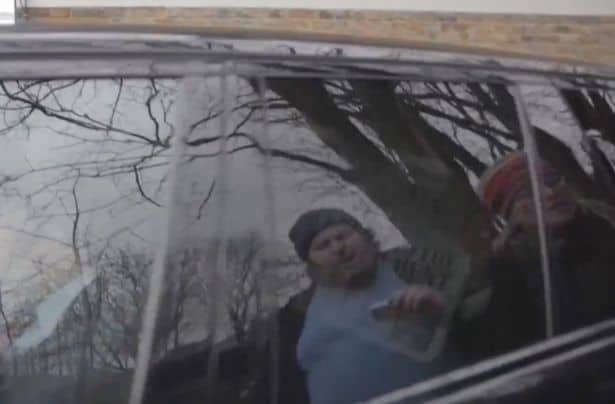 Iain Duncan Smith was yesterday (11th Jan) accused of being a “murderer” outside of a South East London Job Centre. Protestors had gathered outside the building in Peckham as the Minister arrived. The angry crowd screamed “murderer” at him.

The attack came on the back of the news that one in ten “fit for work” assessments for disability and sickness benefits had been carried out inadequately.

Later Smith used a copy of the Daily Mail to hide his face, when his car was blocked by angry activists, as police struggled to clear the crowd, who shouted  “scumbag” and “murderer of disabled people”.