A van driver accused of ploughing into a crowd of Muslims leaving one man dead in a bid to kill as many of them as he could told police ‘at least I had a proper go’ , a court heard today (mon) Darren Osborne, 48, killed one man, 51-year-old Makram Ali, and injured others in […] 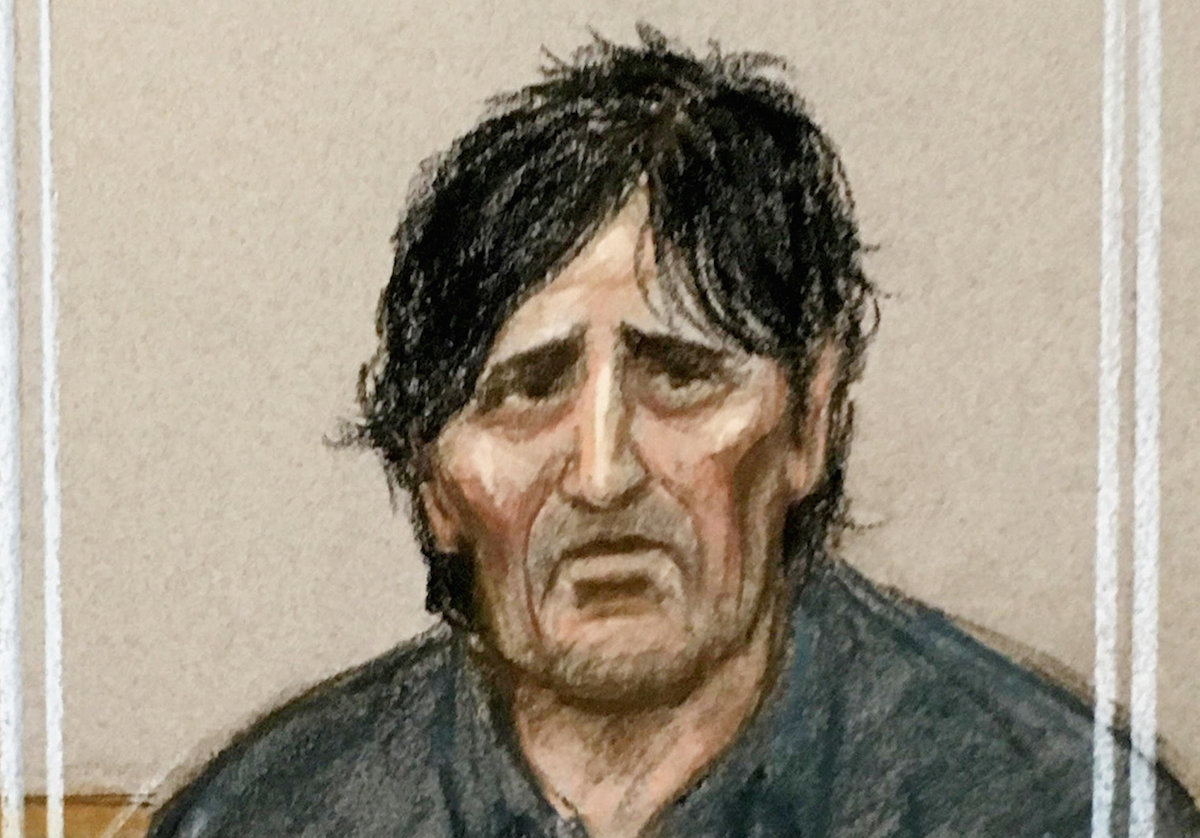 A van driver accused of ploughing into a crowd of Muslims leaving one man dead in a bid to kill as many of them as he could told police ‘at least I had a proper go’ , a court heard today (mon)

Darren Osborne, 48, killed one man, 51-year-old Makram Ali, and injured others in Finsbury Park, north London, it was said.

Mr Ali had collapsed on Seven Sisters Road and a group gathered to help in the early hours of June 19 last year, just moments before Osborne allegedly drove into them.

Jurors heard he left a note in the van addressing singer Lily Allen, and branding Labour leader Jeremy Corbyn a “terrorist sympathiser” and Mayor of London Sadiq Khan a “disgrace”.

Woolwich Crown Court heard after he was detained, Osborne said: “At least I had a proper go.”

Osborne drove the hired van from Cardiff to London to target the Al Quds Day march, the court was told.

But when he was unable to, he drove around London looking for another target, it was said.

Jonathan Rees QC, prosecuting, said: “On 19th June 2017, at just after a quarter past midnight, the defendant deliberately drove a heavy Luton box van into a group of Muslims who had gathered in the junction of Seven Sisters Road and Whadcoat Street, in the Finsbury Park area of London.

“It was Ramadan and many of the group had been attending prayers at one or other of the local mosques.

“The evidence establishes that the defendant was trying to kill as many of the group as possible. In the event, he killed one person, a 51-year-old man called Makram Ali, and injured many others, some of them seriously.

“The defendant did not know any of the group. The only reason he targeted this group is that it was plain to him from the way they looked, and the surrounding circumstances, that most or all of them were Muslims.

“He had hired the van in Wales and driven the van from Cardiff to London the previous day looking for such a target.

“It seems that his original intention had been to drive the van into people taking part in the Al Quds Day march through central London, an event organised by the Islamic Human Rights Commission.

“However, when that option had not proved viable, he drove around London looking for an alternative target.

“He drove to southeast London in search of a mosque and when that failed he made his way to Finsbury Park, also in an attempt to locate a mosque.”

He added: “To seek to kill someone merely because of their religion is a terrible thing.

“And what makes this act particularly horrific is that the group he drove into had gathered in the street in order to help Makram Ali, the deceased, who had collapsed as he walked along Seven Sisters Road a couple of minutes before the defendant carried out his attack.

“Why would someone do such a wicked thing? In this case, we have a very good insight into what motivated the defendant to carry out these appalling crimes because he had drafted a handwritten note shortly before he travelled to London to carry out the attack.”

Police recovered the the note from the cab of the van within hours of the attack, which was scientifically examined and found to bear his fingerprints, the court heard.

Mr Rees said: “The contents of the note reveal that the defendant intended for it to be read after the attack had been carried out.

“The day before he drove to London, he announced to people in a pub in Cardiff that he wanted to write to Theresa May and Parliament.”

He did not refer to either in the note, but addressed Jeremy Corbyn, Sadiq Khan and Lily Allen, jurors heard.

Mr Rees said: “The sentiments expressed in the note provide the context for this attack.

“You will hear that the defendant made similar observations shortly after he had been detained at the scene of the attack, when he also remarked ‘At least I had a proper go.’”

The court heard he complained in the note about terrorists being on the streets and marching through London, despite three recent attacks – Westminster Bridge on March 22, Manchester Arena on May 22, and London Bridge on June 3.

He complained about the lack of reaction of Sadiq Khan to these events, and the lack of public outrage in response to the Rotherham child sexual exploitation scandal, it was said.

Mr Rees said: “Specifically, his perception that Jeremy Corbyn and Lily Allen did not involve themselves in that issue”

Osborne also complained about child abuse “being carried out by packs of Muslim men”, immigration and the introduction of Islamic ideology and Sharia law to the UK, the court heard.

The prosecutor added: “The defendant describes Jeremy Corbyn as a ‘terrorist sympathiser’ and Sadiq Khan as a ‘disgrace’.

“The underlying theme seems to be that the defendant felt that insufficient was being said or done to counter terrorism and the grooming gangs comprising predominantly Muslim males.

“Against that background, the defendant decided to take matters into his own hands. He planned to make a public statement by killing Muslims, knowing that his handwritten note would be recovered by the authorities.

“To that end, when the opportunity presented itself, he ploughed the hire van into the group that had gathered around to assist Makram Ali, who had collapsed on the street.”

The prosecutor said the “extreme violence” was an act of terrorism designed to influence government and intimidate the Muslim community”.

He added: “The evidence shows that, although unwell, Mr Ali was alive just before the incident and his death resulted from the defendant driving the heavy van over him as he lay on the roadway.”