A van driver accused of mowing down a crowd of Muslims told police “I’m flying solo mate” after the attack, a court heard today. Darren Osborne, 48, is accused of murdering 51-year-old Makram Ali and injuring several others Muslim worshippers near Finsbury Park Mosque in north London during Ramadan on June 19 last year. Prosecutors […] 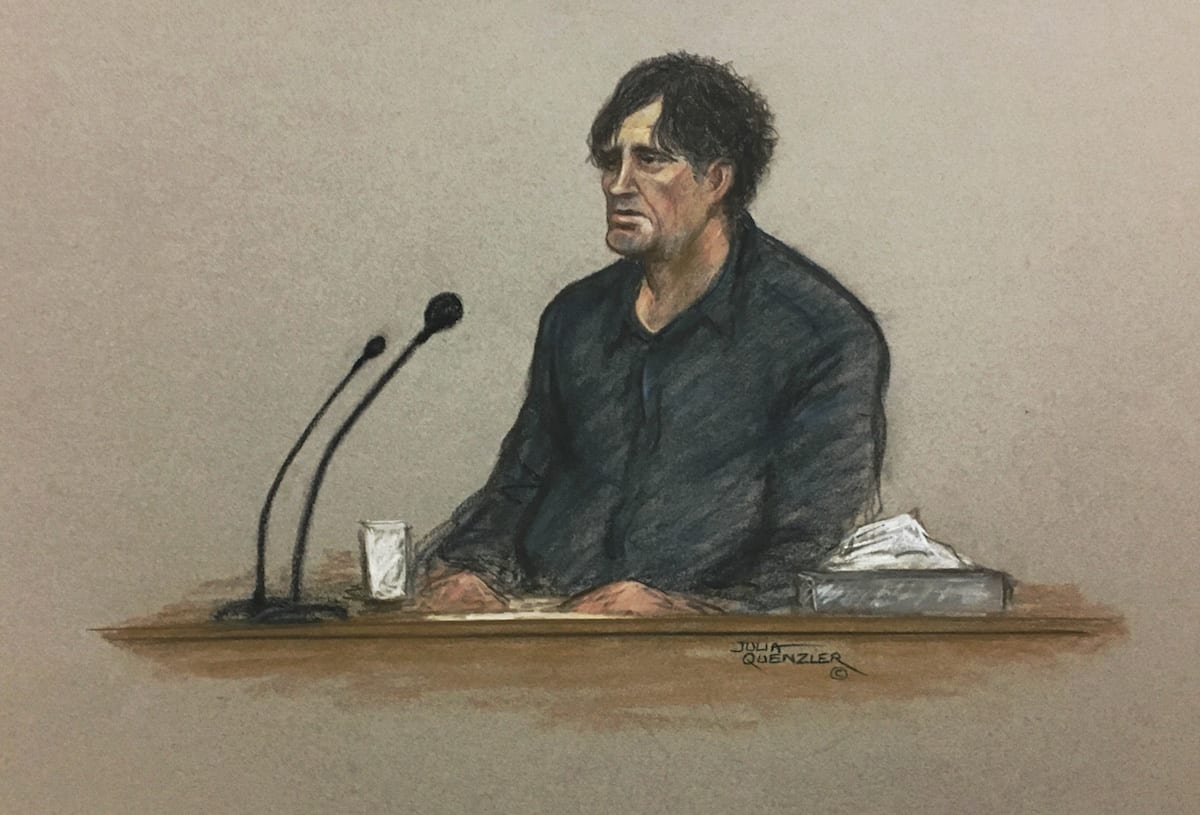 A van driver accused of mowing down a crowd of Muslims told police “I’m flying solo mate” after the attack, a court heard today.

Prosecutors introduced evidence at Woolwich Crown Court about whether others were involved, before closing their case.

Jonathan Rees QC, prosecuting, said: “We are continuing to call evidence directed towards the issue as to whether or not the defendant was acting together with others carrying out this attack, and the associated issue of who was driving the van at the time.”

Excerpts of an urgent interview, carried out by Det Con Paul Dring while Osborne was under armed guard in University College Hospital after the incident, were read to the court.

DC Dring asked: “Just in terms of what’s happened today, is there anyone else involved?”

To which Osborne replied: “No.”

DC Dring concluded by asking: “Finally from me, is there anything at all that you know about that could harm anyone?”

Body worn footage of Osborne in a police van after the arrest was also played to the jury.

In the clip, Osborne said: “I lost control of the van. Lost control man.”

PC David Jones asked him, “were you driving were you?”, to which Osborne replied “yeah”.

The officer then asked: “Have you had a drink?”

To which Osborne replied: “I have had a couple of pints, yeah.”

In a statement, Ibrahim Ikar said: “The van proceeded to speed towards the group standing around the man on the floor and crashed straight into them, scattering them to all sides.

“Suddenly a man jumped out of the van and tried to run off. He was stopped by the people in the street and was held until police arrived.

Abdul Matin Chowdhury said in a statement: “Makram was a very quiet and honourable man, and my son calls him an uncle.

“I saw Makram slip and fall down in the middle of the road. I went to try and catch him but I was on crutches myself.

“Suddenly I was hit from behind by what I now know was a white van..”

He said it “went right over” Mr Ali, adding: “I was thrown back into the rest of the crowd.

“I saw a white male get out of the cab of the vehicle.

“The white male got out of the van itself and then started to run towards the gated area. I shouted to people that he was fleeing, and everyone was saying catch him.

“He didn’t get far as there was a gate and fence. Some of the people were able to apprehend him.

“I heard the man shout, ‘I will kill all Muslims’. I heard him say this two or three times.

“At one point the man grabbed the trousers of another man in Islamic dress and said, ‘I want to kill you’.”

Mr Chowdhury said he was “certain” the man who got out of the driver’s seat was the same man police put in the back of the van.

He added: “I have seen his face on television numerous times since and I can be sure this man was the driver.”

Robert Goldring, a financial investigator for the Metropolitan Police, said there were “no obvious payments or credits” to anyone called Dave or David, Terry or Terence Jones.