"I don't think jury is out at all," he said. "The court of public opinion has come back and found him guilty." 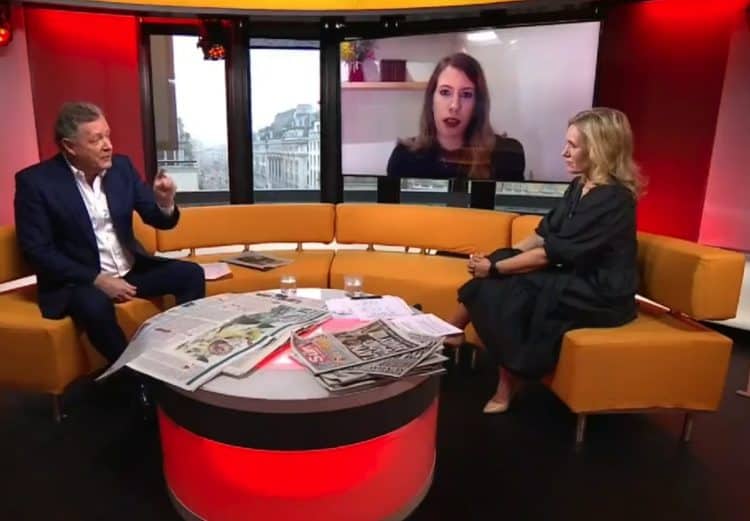 Piers Morgan accused the government of ‘rank hypocrisy’ as he returned to morning TV.

The former Good Morning Britain host, who is soon to front a newly-launched News UK channel, showed no sign of holding back as he revived his glory days during the newspaper review on the Sunday Morning politics show on the BBC.

“The court of public opinion has come back and found him guilty of the most brazen rank hypocrisy.

“The polls suggest that his popularity is sinking to an all-time low but it’s not really about that, this all comes down to that one party. Forget all the others for a moment, the one party back in May 2020.

“This was a time when on that day Oliver Dowden, the government minister you’ve got coming on, and it will be interesting to see what he says about this, but literally minutes after he has the brass neck to stand there at the Downing Street press conference and order everybody you’re allowed to only meet one person outside a two metre distance or another household.

“I met my oldest son that day, for the first time in three months at a two metre distance. I wasn’t even able to shake hands with my son, but I had it on that scale of what was going on.”

“I had a cousin who couldn’t see his dying father”

He added: “I had a cousin who couldn’t see his dying father. I had a great school friend who couldn’t see her mother who died in a care home from Covid had to say goodbye on FaceTime, then had a funeral for a handful of people.

“I had a co-worker, Kate Garraway at Good Morning Britain, who couldn’t go and see her critically ill husband.

“All over the country, people have these kinds of stories, and they were horrific stories of separation and yet the very people who were telling the country to do this were having a massive knees up in Downing Street that night and carried on having these knees ups throughout the entire pandemic.

“It’s a complete disgrace. It doesn’t mean he will go, but it does mean he should go because public trust in the government has surely been completely shattered.

Morgan, 56, will return to the small screen on News UK’s new TV channel, talkTV, in spring.

He said he is relishing the prospect of being a “tri-continental irritant” on the current affairs show which will air daily in the UK, US and Australia.

He told the BBC: “I am launching a new global daily TV show for Rupert Murdoch’s news corporation in America, starting in the spring.

“It will air daily in the UK, daily in the US and in Australia as well so I will be a tri-continental irritant which is something I have been aspiring to be for quite some time.

“Its going to be opinion, debate, big interviews, so if you’ve missed me on morning TV, I’m sorry but I’ll be back very soon.