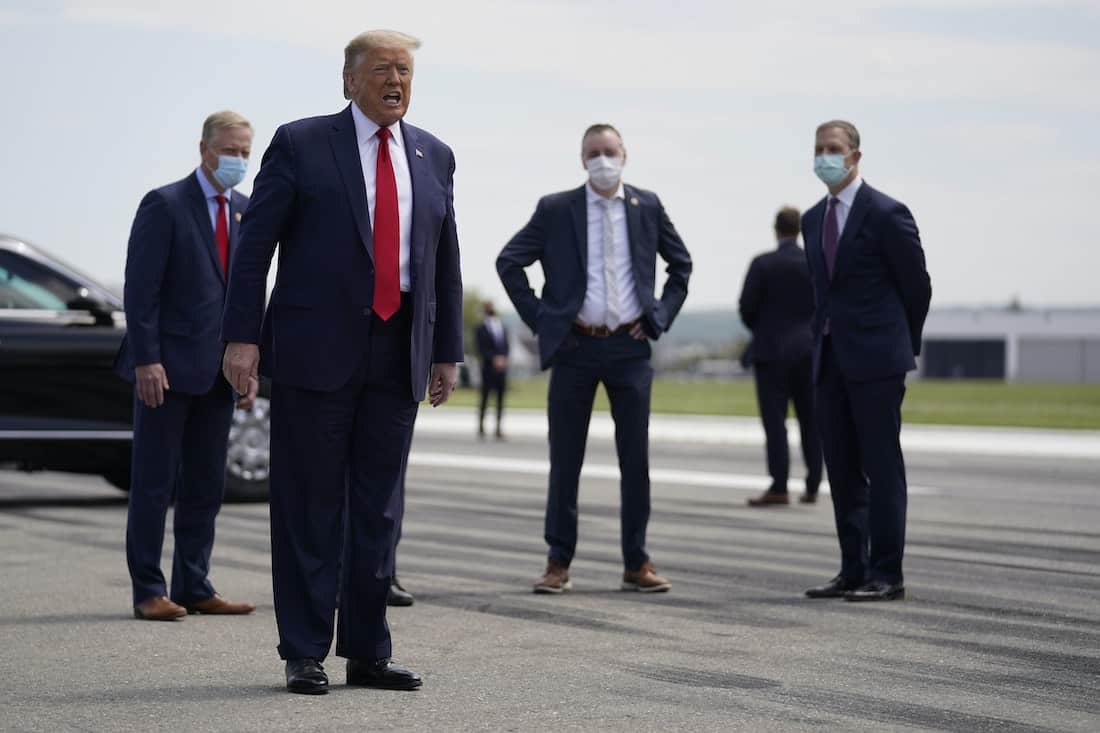 The US death toll stands at 100,276, according to Johns Hopkins University in Maryland, which has been tracking the pandemic.

It means that around as many Americans have died from Covid-19 as from the Korea, Vietnam, Iraq and Afghanistan wars combined.

Josh Michaud, associate director of global health policy with the Kaiser Family Foundation in Washington, said: “It is a grim milestone. It’s a striking reminder of how dangerous this virus can be.”

The news comes as only half of Americans said they would be willing to get vaccinated if scientists are successful in developing a vaccine, according to a new poll from The Associated Press-NORC Centre for Public Affairs Research.

US, President Donald Trump likened the coronavirus several months ago to the flu and dismissed worries that it could lead to so many deaths. The administration’s leading scientists have since warned that as many as 240,000 Americans could die in the country’s outbreak.

He said: “We have situation in which you see that type of crowding with no mask and people interacting. That’s not prudent and that’s inviting a situation that could get out of control. Don’t start leapfrogging some of the recommendations in the guidelines because that’s really tempting fate and asking for trouble.”

After months of lockdowns in countries around the world, places have begun reopening in stages. Mediterranean beaches and Las Vegas casinos laid out plans to welcome tourists again. Churches began opening up. And people restless at being cooped up indoors for weeks have started venturing outside in droves, often without practising safe social distancing or wearing protective coverings.

Summertime is already a time when more people head outdoors. This year, it also means the national political conventions in the United States where the two major political parties anoint a presidential candidate.

The events generally draw thousands of delegates and others who converge for several days. Dr Fauci said it is too early to say whether this year’s conventions should be held as normal.

“If we have a really significant diminution in the number of new cases and hospitalisations and we’re at a level where it’s really very low, you might have some capability of gathering,” he said.

“But I think we need to reserve judgment right now, because we’re a few months from there. Hopefully we will see that diminution. If we don’t, then I would have significant reservation about that.”

And other public health experts warned that more death is in the offing.

“Despite the terrible losses seen and the many difficulties Americans have faced to date in this pandemic, we’re still probably only in the early stages,” said Josh Michaud, associate director of global health policy with the Kaiser Family Foundation in Washington.

“In the US we could be looking at a long pandemic summer with a slow burn of cases and deaths. There’s also reason to be concerned about a new wave of infections in the fall. So, we’re definitely not out of the woods yet.”