“I think there is probably some kind of symbol about how many people view how broken our Parliament is.” 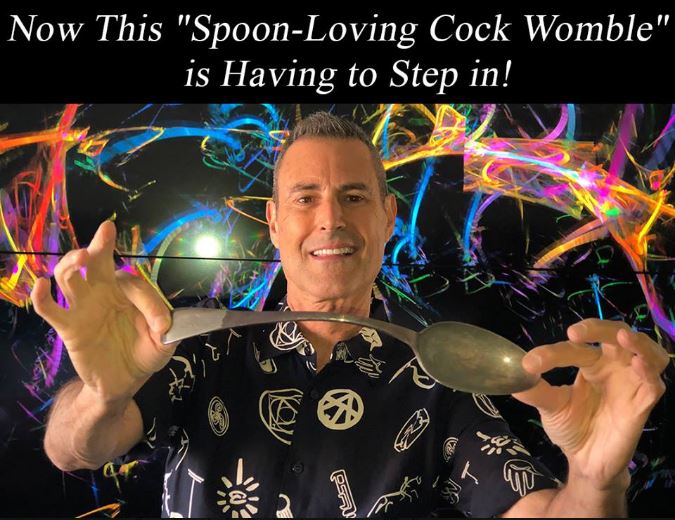 As MPs debate Brexit, no headline – however bizarre – would surprise us any more.

And so, yes, there you have it. Spoon-bending telly telepath Uri Geller now claims to have punished MPs for Brexit by making it rain into the House of Commons halting proceedings.

“Yes I did it” the British psychic celebrity who now lives in Israel tweeted to the House of Commons, “I bent the pipes, and I won’t apologise, you all deserve it! #brexit#startfromscratch”

Earlier in this bizarre episode, the House of Commons were suspended when water rained onto the chamber, so loudly MPs could barely hear each other speak.

As water from a burst pipe poured from the ceiling, Labour’s Justin Madders said: “I hope I can complete my speech before rain stops play.

“I think there is probably some kind of symbol about how many people view how broken our Parliament is.”

A Commons spokesperson was forced to deny Thursday’s Commons stoppage was due to a sewage leak raining excrement down on MPs.

But the suspension of parliamentary proceedings was described as an “apocalyptic metaphor for Brexit”.

Earlier still, Uri Geller published an open letter to the people of Britain “from this spoonbending cockwomble” – the full missive, reproduced below, asks Brits to visualise a final say Brexit referendum conducted when people know what the options actually look like.

The Tel Aviv-based telepath insists he will be meditating for the people to have the final say in a referendum every day at 11.11AM and called on fellow Brits to join him.

His intervention comes after an open letter to Theresa May on the eve of the Put It To The People March, pleading with her to reconsider her damaging Brexit course. This is his latest open letter, this time to the British people, and addressing some of the responses his original intervention received:

This is an open letter to the great people of the United Kingdom.

The UK is in the midst of possibly its biggest crisis since the Second World War.

It seems that these people who are supposed to be running things are completely incompetent. So now this “spoon loving cock womble” is having to step in.

Oh, yes, I read the Facebook and Twitter comments, by the way. I find them very funny!

About the Pot Holes: I’m working on it!

To the guy having car troubles, try buying a British manufactured car next time, although after Brexit that may be very difficult…

One last point about the comments – what Brexit has to do with me – is that I’m a British citizen. If you think that the fact that I have an accent, or that I wasn’t born in the UK, or that I’m not in the UK right now means I don’t have a say, despite me being a British citizen for nearly 40 years, then I think that says a lot more about you, than it does about me.

The Brexit vote divided the nation almost down the middle.

Yes, just over 17 million people voted Leave, as many people have told me in Facebook and Twitter comments, but also just over 16 million voted Remain.

But there were many things wrong with this referendum.

1. Most people didn’t know what they were voting for

To be a fair vote, it has to be made clear exactly what is being voted for, surely if you believe in democracy, you agree with that? People were voting for “LEAVE” or “REMAIN” but it’s now clear that the leave vote didn’t mean just “LEAVE”. Some people have said in the Facebook and Twitter comments that it doesn’t matter if people knew what they were voting for or not, and these very people apparently think they know what democracy means. Interesting.

Apparently, the NHS would get an additional £350m per week after Brexit. We all love the NHS, so many who weren’t quite sure which way to vote, would have been swayed by this “mistake”. This alone would surely have been more than enough to sway that all important 2 per cent.

Given that 16- and 17-year-olds would be 18 by the time Britain would actually leave the EU, young people should have had the vote.

Sixteen and 17-year-olds were able to vote in the Scottish Referendum, why not in the EU Referendum?

Some people say that 16 and 17-year-olds aren’t ready to discharge such responsibility; I disagree. I think many 16 and 17 year olds are far more clued-up than their parents and grandparents with what’s going on in the world!

If 16 and 17 year old people could have voted, the UK and Europe would not be in this mess, because young people are smart.

So yes, we have had a referendum already, but it was completely and utterly flawed.

We don’t just need the #FinalSay, we need to #startfromscratch.

I’m writing this letter to the people of the UK, because I know now that my last open letter was written to the wrong person: Theresa May, who I have always had a great deal of respect for, has been acting like a bee who doesn’t understand the concept of glass!

The humble bumble bee would, I’m sure, take a new course and exit via the open window much quicker than it is taking Theresa May to understand that she’s not going to get her deal through! And now she’s talking to Jeremy Corbyn.

Wow, is all I have to say about that! We know what happens when a bumble bee meets a hornet!

During this time, I’ve lost my respect for most of the other UK politicians, I honestly think most of them need sacking – “utterly useless” is probably too kind.

So I’m no longer focusing my energies on Theresa May or other politicians. Instead, now I’m thinking bigger.

I’m focusing on the people of the UK.

I’m focusing my imagination, my meditations, on seeing more and more people using THEIR imaginations for good, imagining a positive solution to this crazy situation.

The only way out, as far as I see it, is starting from scratch.
Let’s pretend this unimaginable last couple of years didn’t happen.

Let’s go back and re-write history, let’s undo the rushed, flawed referendum, and have a new, FAIR referendum, with a CLEAR definition of what is being voted for, and without the deception.

If you agree with me, if you’re one of the majority of people who would vote remain now if there was a second referendum (according to most polls) then please, join me in mediating at least once or twice per day (at 11:11 if you can) on imagining a scene that you would experience if the second referendum were to actually happen.

Imagine yourself voting for the second time, or for the first time if you were not able to vote or if you weren’t interested in voting last time!

Once you’ve meditated on this scene and imagined it as if it’s real, just believe it’s real and then drop it, go about the rest of your day but try to take that feeling of relief with you as if it had really happened.

If you don’t believe how powerful this is, by the way, try this with anything else you would like to have, to do, or to be in your life!

The power of the imagination is beyond words.

You have my word on this, if we have the second referendum, and it’s fair, and the British people STILL vote to leave, then this “spoon loving fraud” (oh and by the way, it’s spelled Freud, and any way, Sigmund is only a very distant relative) will “shut it” and will never speak about politics again!