An NHS oncology nurse forced to crowdfund treatment for her own terminal cancer – as the drug is not available on the NHS has raised tens of thousands of pounds in days and is commencing treatment today. As we reported three days ago brave Laura Harris, 42, has devoted her life to helping cancer […] 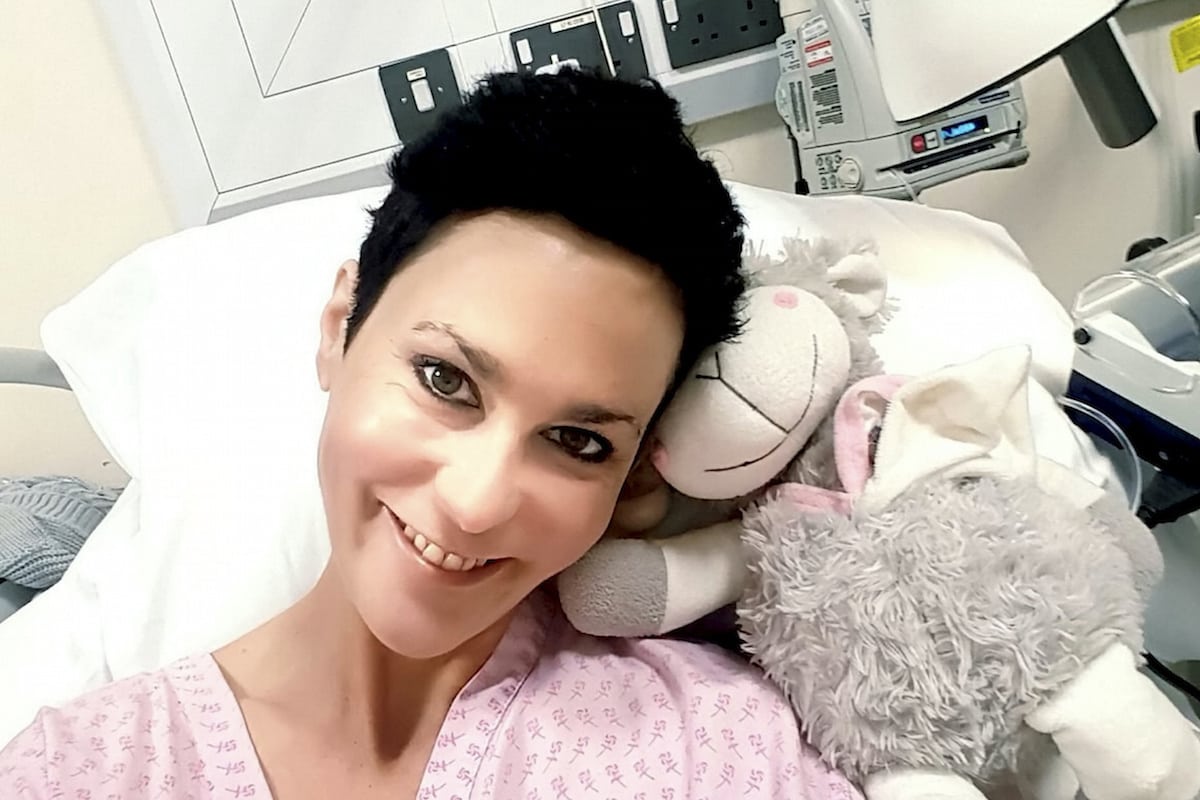 An NHS oncology nurse forced to crowdfund treatment for her own terminal cancer – as the drug is not available on the NHS has raised tens of thousands of pounds in days and is commencing treatment today.

As we reported three days ago brave Laura Harris, 42, has devoted her life to helping cancer patients but has been told there is no treatment available on the NHS for her own fight with the disease.

She was diagnosed with stage four bowel cancer early last year and given just three months to live.

However, she astounded colleagues by returning to her work as a specialist oncology nurse at the North Devon District Hospital later the same year to continue caring for fellow cancer patients.

An urgent appeal launched to raise £40,000 to fund treatment she believes could give her more time with her young children has raised tens of thousands in the days since we first reported Laura’s story and it  made headlines.

The mum of three can now afford treatment with the drug Bevacizumab – also known as Avastin, which is not available to her on the NHS.

Laura said she had been “blown away” by the generosity of the public after raising enough funds to begin treatment which could add months to her life.

Laura was able to double her target to £80,000 which has now been surpassed allowing her four stabs at the treatment.

Bevacizumab, unavailable to Laura on the NHS, could offer her some more time with her loved ones but costs £20,000 for each round.

Laura had said: “As an oncology nurse, I’m only too aware of what I’m up against, but I’m not finished on this earth just yet.

“I still feel I have so much more to give and I hope this treatment will buy me some extra time with my family.

“This last year has been the hardest of my life but we are so grateful for the support we have already received.”

Laura has a husband Paul, two children and a stepson, and is also continuing to act as a carer for her own elderly mother.

Laura, who lives in Barnstaple, Devon, added: “I want to thank everyone who has donated and everyone who is working so hard to raise money.”

Nurse Hannah Sunderland, a colleague and friend of Laura, said: “If you have ever had a family member affected by cancer in North Devon then it is quite possible that Laura would have cared for them in their hour of need.

“Laura has devoted her life to caring for cancer patients, even returning to work against all the odds.”

According to Cancer Research UK, Bevacizumab is a cancer treatment drug and is also known by its brand name, Avastin.

It is a treatment for many different types of cancers.

Bevacizumab blocks this protein and stops the cancer from growing blood vessels, so it is starved and can’t grow.

You usually have Bevacizumab (Avastin) every 2 to 3 weeks and treatment usually continues for as long as it controls your cancer.

To donate to Laura’s appeal, please visit her GoFundMe page at www.gofundme.com/laura-treatment-fund