“The main issue in my experience is how problems with sexual violence are typically dealt with according to the status in the institution of the alleged abuser, ie if they are a prof(essor) with a large grant record, you may as well forget it.” 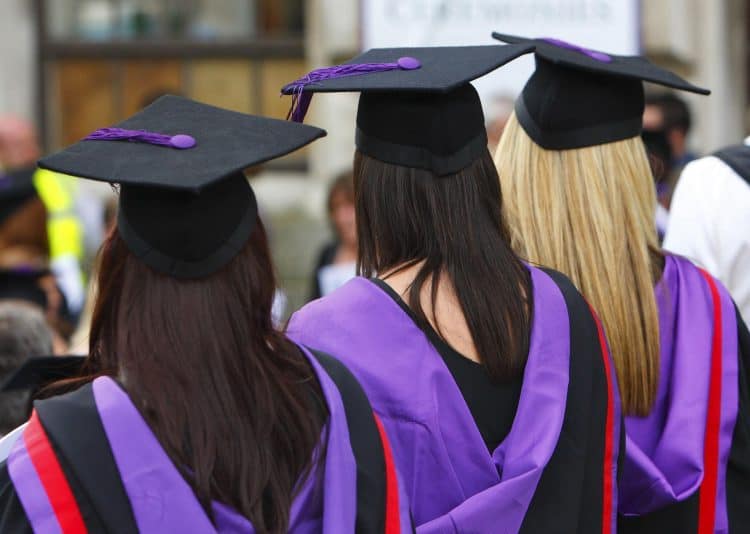 British universities and colleges are failing to tackle “endemic” levels of sexual violence on campuses, a union has warned.

One in 10 college and university staff have directly experienced workplace sexual violence in the past five years, a survey suggests.

Some institutions have sought to protect “star academics” and their own reputations before delivering justice for victims, according to the leader of the University and College Union (UCU).

The poll of nearly 4,000 university and college staff found that early career staff and those on insecure, casualised contracts, including postgraduate researchers, were more likely to experience sexual violence.

UCU general secretary Jo Grady said this cohort – who tended to fall between being a student and an academic – were reliant on building relationships with more established members of staff for their career progression, making them “more vulnerable” to people who sought to abuse their power.

Overall, the report suggested that 12% of women and 5% of men had directly experienced workplace sexual violence in the past five years.

More than two in three (70%) of those who experienced sexual violence did so as a pattern of ongoing behaviour, while 52% did not disclose or report it to their employer, the poll suggested.

The union warned of a “vicious cycle” where senior managers at universities and colleges did not take action on sexual violence and victims subsequently lost trust in the reporting process.

Academics reported the impact of power differentials between them and the perpetrator, leading to a fear of inaction or retribution.

One respondent said: “No disciplinary action was taken, the institution/department was only concerned with covering up their star lecturer. I was vilified and smeared so that my concerns would be dismissed.

“Literally nothing happened. I even had to share an office with him afterwards (he chose to move to a spare desk next to mine).”

One member of staff, who did not report an incident of sexual violence, said: “This was a member of the senior leadership team with a reputation of being untouchable due (to) his charm and charisma.

“The main issue in my experience is how problems with sexual violence are typically dealt with according to the status in the institution of the alleged abuser, ie if they are a prof(essor) with a large grant record, you may as well forget it.”

The report suggested that those experiencing sexual violence were pressured to resolve complaints informally to avoid possible reputational damage.

When asked about the culture of “star” academics in universities, and its impact on sexual violence reports from staff and students, Dr Grady said: “Unfortunately I think it is quite widespread.

“It’s a huge problem for universities to have to actually grapple and deal with because what it means is they’re going to have to start disciplining and removing people who they would otherwise be encouraged to keep and promote.”

Dr Grady added that she knew of promising young women who had had the potential for an “amazing” career in academia “completely ruined by a predatory male academic who has been protected”.

“It means these people either stay in their roles somewhere, or they get to go on elsewhere and potentially terrorise a whole new group of people over years,” she said.

The UCU was calling on universities and colleges to abandon the use of non-disclosure agreements (NDAs) with perpetrators, and develop policies to allow proceedings against alleged perpetrators to continue after they had left the institution, to reduce levels of sexual violence on campuses.

Dr Grady said: “Ultimately, whether these are predators who specifically harass and bully their colleagues, their postgraduate researchers or their undergraduate students, or their college students, there is no place for them in education. They can ruin careers, and some of them, you know, ruin lives.”

She added: “The brave testimony from survivors should mark a turning point in the fight against sexual violence and ring in the ears of college and university leaders who have allowed sexual violence to become endemic on campus.

“The report’s findings reveal shocking levels of institutional failure and reflect a culture in which protecting the reputation of a university or college comes before delivering justice for survivors.

“Survivors say managers are often dismissive towards those reporting sexual violence, complaints processes are hardwired to frustrate claims and non-disclosure agreements are used to silence them, forcing many to leave their employment without justice.

“With practices like this, it is little wonder over half don’t report their abuse at all.”

A Universities UK (UUK) spokeswoman said: “This report and its findings make for difficult but important reading. Every case of sexual violence on campus is one too many and completely unacceptable.

“University senior management take these matters extremely seriously and universities are committed to becoming safer places to live, work and study so that no student or member of staff is subject to any form of sexual violence or misconduct.”

The UUK and the National Union of Students (NUS) have recently published a toolkit for senior leaders of best practice and practical steps to tackle sexual misconduct and harassment.

But the UUK spokeswoman added: “However, while progress has been made, including in encouraging survivors to come forward and report, we know – and this report further emphasises – that there is much more to do to end all forms of harassment in higher education.

“UUK will continue to intensify its work with the sector, including the UCU, to examine what further action we can all collectively take.”