Daniel Williams, 45, said it would take Russian ‘hardware’ crossing the border into Ukraine for most people to leave their homes. 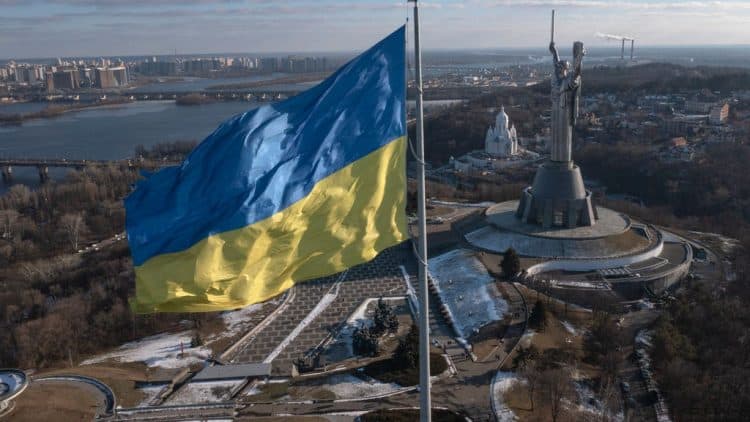 A Briton living in Kyiv has claimed locals are more interested in the country’s Eurovision hopes than the threat of a Russian invasion.

Daniel Williams, 45, who is originally from the Isle of Wight and now lives in Kyiv as a business investor, said it would take Russian “hardware” crossing the border into Ukraine for most people to leave their homes.

“People here are more interested in why their Eurovision winner might not be allowed to compete in May and people are more excited about Champions League football than Russian invasions,” Mr Williams told the PA news agency.

Alina Pash won the country’s Eurovision selection show, but the 28-year-old singer is now being investigated over a visit she made to Russian-occupied Crimea in 2015.

Ukraine’s national broadcaster UA:PBC has suspended the signing of the agreement for her to be the country’s representative, according to the BBC.

Mr Williams added that his car was packed in preparation to leave Ukraine, but “we aren’t quite ready to abandon friends, families and businesses just yet”.

Defence Secretary Ben Wallace warned on Wednesday that Russia had “a very significant force … that would overwhelm Ukraine should it be deployed” and reiterated advice from the Foreign Office, saying British nationals should “seek to either leave or avoid travel to Ukraine”.

Mr Williams said he did not know any British nationals who had chosen to leave the country.

“No one has left”

“I think most people are saying it will take news of Russian hardware moving across a border at this point to move them,” he said.

Describing the atmosphere in Kyiv, he said: “We are at record Covid numbers, so it is a bit quieter than normal but that’s almost certainly because half the city is working from home at the moment.”

Stuart McKenzie, who also lives in Kyiv, told BBC Breakfast on Wednesday that Ukrainians were “not naive to the fact of how serious the situation is”.

Mr McKenzie added: “If we panicked every time something like this has happened, it would ruin the economy even more and that’s exactly what (Russian President Vladimir) Putin wants.”

Mr Wallace, who is in Brussels for talks with fellow Nato defence ministers, said there needed to be “clear de-escalation” in the removal of Russian troops from the border.

Russia’s defence ministry has claimed troops are returning to base following the conclusion of military exercises, but Mr Wallace said he had not seen “evidence of withdrawal”.

He told Sky News: “I think what we haven’t seen is evidence of withdrawal that has been claimed by the Kremlin, in fact we’ve seen continued build-up of things like field hospitals and strategic weapons systems.”