A Guardian journalist was asked to write "Putin is a c**k" to prove he wasn't one of the enemies. 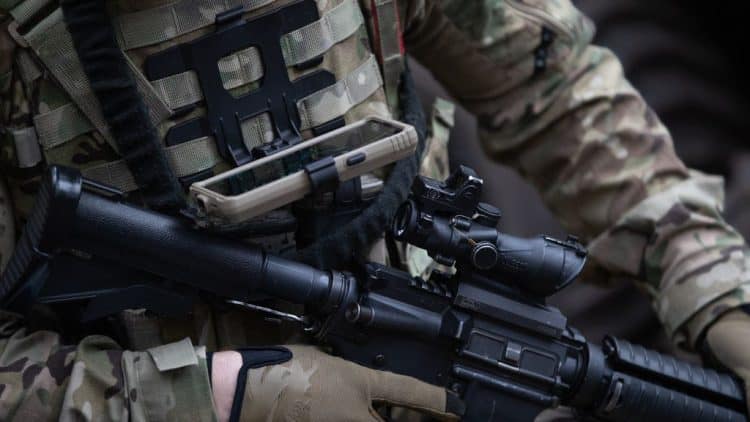 Ukrainians stationed at checkpoints have come up with an ingenious way of checking journalists aren’t Russian soldiers.

According to the Guardian’s Shaun Walker, he was asked to write “Putin is a c**k” to prove he wasn’t one of the enemies.

Walker has been travelling across the country for the past two weeks, reporting what’s happening on the ground.

In a recording played on the podcast, he explained that new checkpoints are springing up every day every kilometre or two along the roads.

He said: “Some of the bigger [posts] are armed by professional soldiers but most of the small ones are just blokes with guns, sometimes a bit nervous, most of the time friendly.”

As he made his way through one of the many checkpoints on the way into Kyiv, he remarked that those guarding on the posts are “on the hunt for suspicious Russians in disguise”.

He said that sometimes, they suspect the team are “Russians pretending to be journalists”, but he said it’s usually okay.

For the checkpoint he had just passed through, Walker said: “They just checked the back, the boot, and told me to write that Putin is a ‘c**k’.

“So wasn’t particularly difficult to get through that one.”