“If we cannot save the Kyiv Post brand, we can at least save its values." 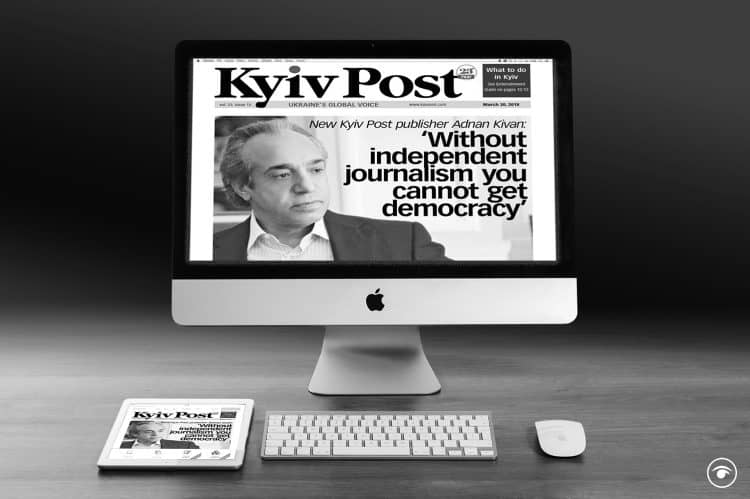 Dozens of journalists in the Ukraine are looking to re-launch the country’soldest English-language newspaper after they were fired by.the owner for refusing to publish “self-serving articles.”

In a statement, the employees said: “The team considers this to be retaliation for our opposition to the owner’s attempts to interfere with the work of an independent newsroom.

“We know that Mr Kivan repeatedly complained about pressure from the authorities as a result of the Kyiv Post’s coverage.”

It comes after last month, Kivan decided to “unilaterally” launch a Ukrainian version of the newspaper, according to journalists, which they say would have been led by his appointee and harm the brand’s reputation.

The team reportedly told the owner that the move would affect their editorial work by publishing self-serving articles under the newspaper’s name.

But despite offering to develop a plan under which the newspaper could have expanded while maintaining editorial independence, the journalists said they have meanwhile been fired, sparking an international outcry.

The Kyiv Post staff have spoken to Kivan again this week and asked him to sell the newspaper to a new owner who would allow editorial independence – but Kivan allegedly refused to do so, whilst offering them jobs under his chosen management.

“The team has decided to decline this offer, as we consider it impossible to work with an owner who seeks to interfere in editorial decisions,” the journalists said.

‘If we cannot save the Kyiv Post brand, we can at least save its values’

They added: “If we cannot save the Kyiv Post brand, we can at least save its values.

“We are therefore ready to launch a new publication.”

The team is currently looking for people willing to help – from investors and advertisers to lawyers.

Future subscribers can leave their email addresses here, and those interested in getting in touch can do so through the team’s form and email address at savethekyivpost@gmail.com.

“God bless all of us. One day, we hope to reopen the newspaper bigger and better,” Kivan said.

Media landscape across Ukraine, UK and the rest of Europe

According to Reporters without borders, Ukraine’s media reforms include an ownership transparency law since 2014 – but “these gains are fragile”.

“Much more is needed to loosen the oligarchs’ tight grip on the media, encourage editorial independence and combat impunity for crimes of violence against journalists,” the watchdog said.

Ukraine currently ranks 97 in this year’s World Press Freedom Index, out of 180 countries listed. By comparison, UK is 33rd, behind many European countries.

Related: “Now it’s official”: The Sun is ‘worthless asset’ after Murdoch writes down its value