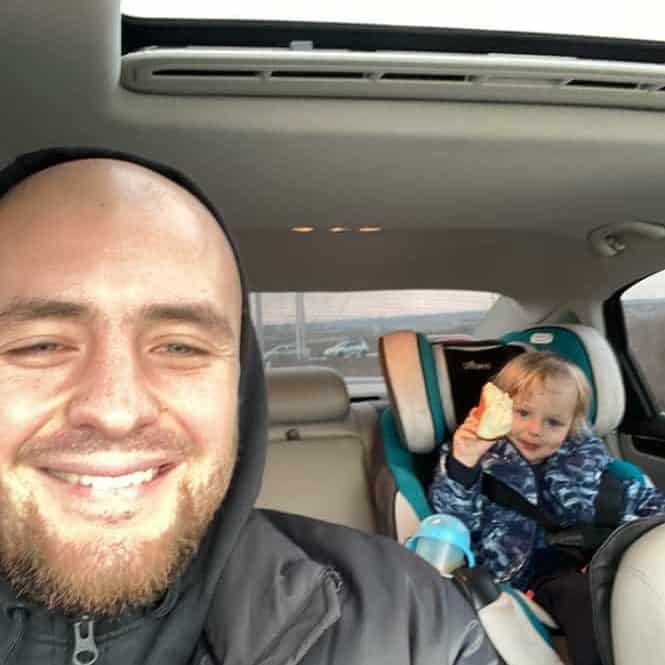 When Sergey Melnitchenko, 30, discovered that Mykolaiv Airport had come under attack from Russian forces, he was in a state of shock. He was in a meeting with a student when he received the call. After a frenzied search of text messages and group chats, he spoke to family members nearby who confirmed the explosions.

What began as disbelief soon turned into panic.

A professional photographer since 2009, he’d been preparing for this day since the rumours of an invasion began surfacing in February. Living with his two-year-old son in Kyiv he’d packed supplies in the week leading up to the first attack, but nothing could ever prepare him for the horrors that engulf Ukraine today.

With his work featured in more than 140 exhibitions worldwide, life for Melnitchenko has changed dramatically. “Before Russia started the war, I had an amazing life. I had the job I loved, I had free time to spend with my children, and make my photographic projects. It feels like such a long time ago,” he told TLE.

Although he hadn’t heard the bombs in the distance, news reports had confirmed his worst fears – Ukraine was under attack. With nothing more than a few bags of clothes and his son in his arms, he frantically searched for a car to join the thousands of others desperately fleeing Kyiv by road.

Stuck in what seemed like endless queues of traffic he eventually reached somewhere safe – for how long he wasn’t sure. He had driven more than 36 hours to reach his family in Mykolaiv. Tired and exhausted, he slept in the car outside a petrol station, preparing for a last-ditch attempt to escape. This time, to the Slovakia-Ukraine border.

“My grandmother and many of my friends are still in Mykolaiv and other cities which are being bombed, and I’m really very scared about their lives. We just want everything to stop, and to return to our lives,” he said.

According to the United Nations refugee council more than two million people have escaped Ukraine since Russia launched its invasion less than two weeks ago, accounting for around 4.5 per cent of the population.

And with fuel, food and medical supplies critically low in a number regions, it is feared Russian attacks could drive up to five million people to flee to neighbouring countries.

Poland, which shares a 310-mile border with Ukraine has taken the majority of those who have fled their homes, with Polish health minister Adam Niedzielski reporting more than 100,000 people were arriving in Poland each day.

For Melnitchenko, who has now managed to reach the border, the situation is dire. “It’s not easy mentally to read news about people’s death every minute and pray for our relatives and friends who are still trapped.

“It’s been very hard mentally since 24 February – people are dying, children are dying. It’s very hard to imagine and very hard to read. I’ve cried many times already about everything that’s happening right now,” he explained.

Thankfully, and after what seemed like a journey with no end, Melnitchenko’s elderly mother and his son, Demian, made it safely across the border and both are in Slovakia. It was an emotional farewell. “I was crying so much,” he said.

As desperate as anyone to flee the conflict, Melnitchenko was not allowed to join his son. Divorced from his wife, border staff required official documents that showed he was bringing his youngest son as a single parent. Sadly, he had no such proof, but he hasn’t lost faith. Staying behind to donate resources to civilians and troops he hopes to one day reunite with his family.

Alina Kurska, a Kyiv-based project manager who described Vladimir Putin as a “war criminal”, warns the need for bold international support of Ukraine is now greater than ever.

Amid a wave of explosions, the 26-year-old was forced to hide alongside her mother inside in an apartment, spending most of the two nights after the first Russian attack holed up inside a bomb shelter.

Kurska was too terrified to sleep – the nerves and tension kept her awake. When she sleep did it was only for a few hours in jeans and a sweater. Each night without fail she kept a bag of essential documents close to the door in case of an emergency.

“I was living a normal life – I had work, hobbies, and meetings with friends. I built my goals and plans for the future. If somebody told me that it would be taken away overnight and that I could lose everything while someone tried to capture, steal and destroy my homeland, I wouldn’t have believed it.”

Kurska has since managed to escape Kyiv. Others haven’t been so lucky, with the United Nations High Commissioner for Human Rights reporting the deaths of 549 civilians, 41 of whom were children as of 10 March.

The figures, which are believed to be “considerably higher”, come amid widespread condemnation of a Russian airstrike on a maternity hospital in the city of Mariupol which killed three people and left children trapped under rubble.

“Russia invaded a sovereign state and continues to destroy it. Victims, ruined cities and ruined lives – these devastating consequences can not be reversed. We can prevent further losses,” she added.

“What I would say to the people out there is that you need to act, get involved and do everything possible to resolve existing conflicts and bring peace and balance to the world. War is nothing but fear, pain and death.

“If you think that a war somewhere out is not your concern, you are wrong. It’s your actions which define in which world our and succeeding generations will live.

In a historic speech, the Ukrainian President called on UK MPs to provide the country with assistance to enable them to fight Russia, urging Boris Johnson to up the ante of sanctions against Russia.

When Dmytro Krukovets, 26, discovered Russia had invaded Ukraine, he experienced a mixture of fear and calmness. “Fear is a standard reaction to any threat to your life. You know that if something hits your home, you’ll die. And the chance for it is non-zero,” he said.

“The calm comes from an understanding, at least partially, of what I should do. An understanding that you’re in this particular situation and if you panic and stop doing your job – your chances of survival will shrink rapidly.

“It is a shock that changes your life dramatically. There are a lot of things that, maybe a month ago, I thought I’d never feel or I’d never do. But now I feel and I do – it is just another life that you’ve been forcefully thrown into.”

Krukovets is forced to take shelter on an almost daily basis. When the invasion started, he began by hiding in the his workplace – the National Bank of Ukraine – before finding himself taking refuge at a nearby car park, and eventually the corridor of a block of flats.

“There is not a single soul for whom I may wish such a situation upon, the price is too high. In a few hours, you start to look into the sky, waiting for new missiles that can come at any moment. You can’t sleep well unless you’re in a shelter, but even there you wake up from any sound.”

Despite the conflict and an unrelenting sense of fear, the chief economist continues to collect additional supplies and maintains his physical health – he is determined to remain in Kyiv to put his skills to use.

The decision was not a difficult one. While he couldn’t volunteer as a soldier, he could still save lives as a civilian. Continuing his work with the National Bank of Ukraine, he also works as an informant to Ukraine’s Territorial Defence Forces, and helps to launch cyber attacks against Russian websites as part of a growing number of ‘keyboard warriors’.

Ukraine’s technology industry is estimated to be worth $6.8billion and has more than tripled in size since 2016. It’s been on a war-footing ever since Russia’s annexation of Crimea in 2014, with fears that intensifying conflict could result in unprecedented cyberwarfare.

“Every day is unique,” he explained. “Some days are about doing your regular job. Other days are mostly in the field, helping those who are in need or our soldiers with basic supplies, such as food.”

As Russian forces begin to make momentum on the ground towards Kyiv, Krukovets recognises the need for caution. “The mindset changes swiftly. You become a little suspicious of everything around you.

“You’re reacting to any sound and trying to understand its source. “You’re looking into the sky. You’re constantly checking your phone, fearing to miss infomation about air alarms or terrorist movements in your region.

“Your regular routine, daily or weekly or even monthly doesn’t matter anymore because you might face the alarm or gunfight unprepared. Your standard ways to keep yourself in a psychically decent shape are closed. And it is only the beginning of a long list of things that are “not normal”.

Ukrainian officials have said Kyiv is ‘ready to fight’ despite warnings of an ‘unimaginable tragedy’ and intensifying Russian bombardment of the capital after more than two weeks of conflict.

New civilian deaths have already been reported, with Ukraine’s intelligence service accusing Russian forces of firing at a convoy that had been evacuating women and children from the village of Peremoha in the Kyiv region, killing seven people including one child.

Krukovets is confident Ukraine will come out on top, but there will be a price to pay. “We have incredible armed forces and international partners, whose sanctions are quickly destroying the aggressor’s economy.

“I totally believe that we’ll live in a safe and, most importantly, free country. I assume that the great rebuilding is our future for the next several years. But I also understand that the outcome of this barbarian act will impact a lot of people with a partially broken psychical form and they’ll need a lot of time to cure themselves.

“The feeling about the current stance of the war is very optimistic for Ukraine. We strongly believe that everything will be alright and it’s only a matter of months. However, looking at the humanitarian catastrophe in besieged cities, it is unknown what the price will be. We hope that the world will give additional support to decrease the price as strongly as possible.”