Vadym Prystaiko told MPs there have been no end of "bureaucratic hassles" for years for his fellow citizens coming to the UK. 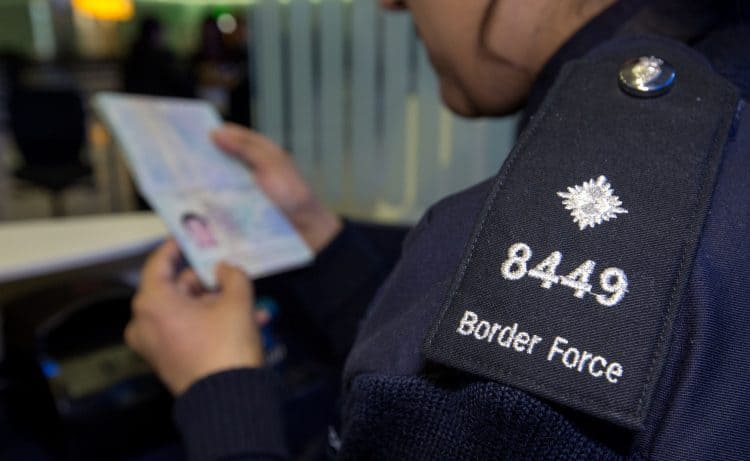 Speaking to MPs, Vadym Prystaiko said visa issues have existed for a “long, long time”, “even before the war”.

Prystaiko said Ukrainians used to have to get a British visa from a Kyiv centre, and that later the service was moved to Poland and then to the UK.

‘I hope and beg the visas will be dropped’

He added: “To process visas, there were always bureaucratic hassles.

“Even when I was coming here as ambassador, I got my visa on time, [but] although I was already approved by your government, my wife didn’t have it [her visa].

“So even [with] simple things like that, [the] bureaucracy is so tough.”

Prystaiko told British MPs he knows immigration is a “very sensitive” issue in the UK, but he asked for visa requirements to be scrapped for Ukrainian refugees for “some period of time”.

He said he doesn’t expect “many of them to come” anyway, citing cultural barriers and proximity issues.

“I hope they’re not posing any terrorist threat to the UK,” he said, adding: “I hope and beg the procedures will be dropped, every bureaucratic red tape should be cancelled.”

Reactions poured in following Prystaiko’s revelations, with one Twitter user telling Boris Johnson, Priti Patel and Liz Truss: “If this had happened to your spouses, you would have had a hissy fit. Get the visa position sorted now!”

“So what hope do ordinary Ukrainians have?” another asked.

A third added: “When the hostile environment of Priti Patel and UK Home Office won’t even allow in the wife of a country’s ambassador without endless bureaucracy and a visa.”

Prystaiko’s revelations come after Ukrainian workers at Kyiv’s UK Embassy have allegedly been told they would not be able to seek asylum in Britain unless they go through the bureaucratic visa application process and are successful.

According to The Independent‘s report this week, staff members, who have worked for the Embassy for years, can only apply for the visa to flee from the war with Russia to Britain if they have relatives in the UK.

The newspaper revealed British diplomats are “deeply unhappy” with the way their Ukrainian colleagues have been treated and have shared their thoughts with the Foreign Office in London – and that they worry Ukrainian Embassy workers will be targetted by Russian troops.

After Home Secretary Priti Patel announced the Ukraine Family Scheme visa last week, some Ukrainian staff from the Embassy reportedly tried to apply for a UK visa from Warsaw, but discovered the Home Office demands around £2,000 and proof that they can pay for medical bills in Britain.