An 84-year-old woman was among those locked outside of the processing centre. "The UK has quite literally left them out in the cold." 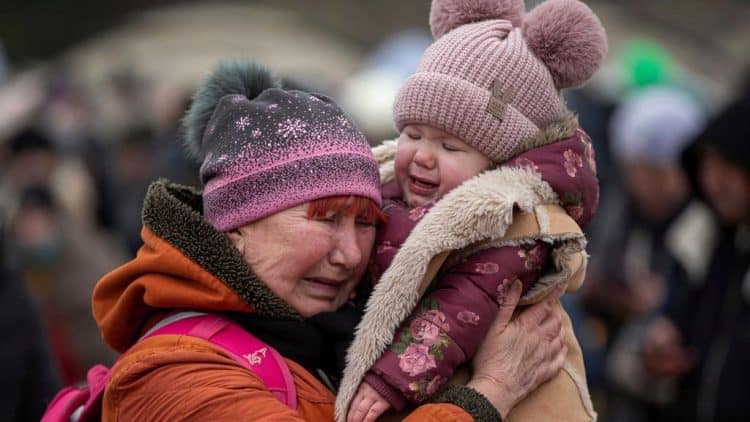 Ukrainians applying for refuge in the United Kingdom have been made to wait outside a visa facility in Rzezsow, Poland, where temperatures are currently -3°.

According to LBC reports, an 84-year-old woman was among those forced to wait in the bitterly cold conditions, as well as young children.

“People in the queue here all say the same thing,” Matthew Thompson said.

“If they happened to live in France, or Germany, they wouldn’t need to be here at all.

“They could just take their relatives with them.

“The UK has quite literally left them out in the cold.”

On Monday night it emerged just 300 visas have been given out from 17,700 family scheme applications that have been started.

A total of 8,900 of those have been submitted. Priti Patel, the Home Secretary, has pledged a visa centre will be set up in France for Ukrainians who have made it that far, while James Cleverly, the Foreign Office minister, said he was sure the Home Office will expand its ability to process applications.