Professor Jonathan Van-Tam said that if those who have been vaccinated begin easing off because they are protected, they are potentially putting at risk those further down the priority list who still need inoculation. 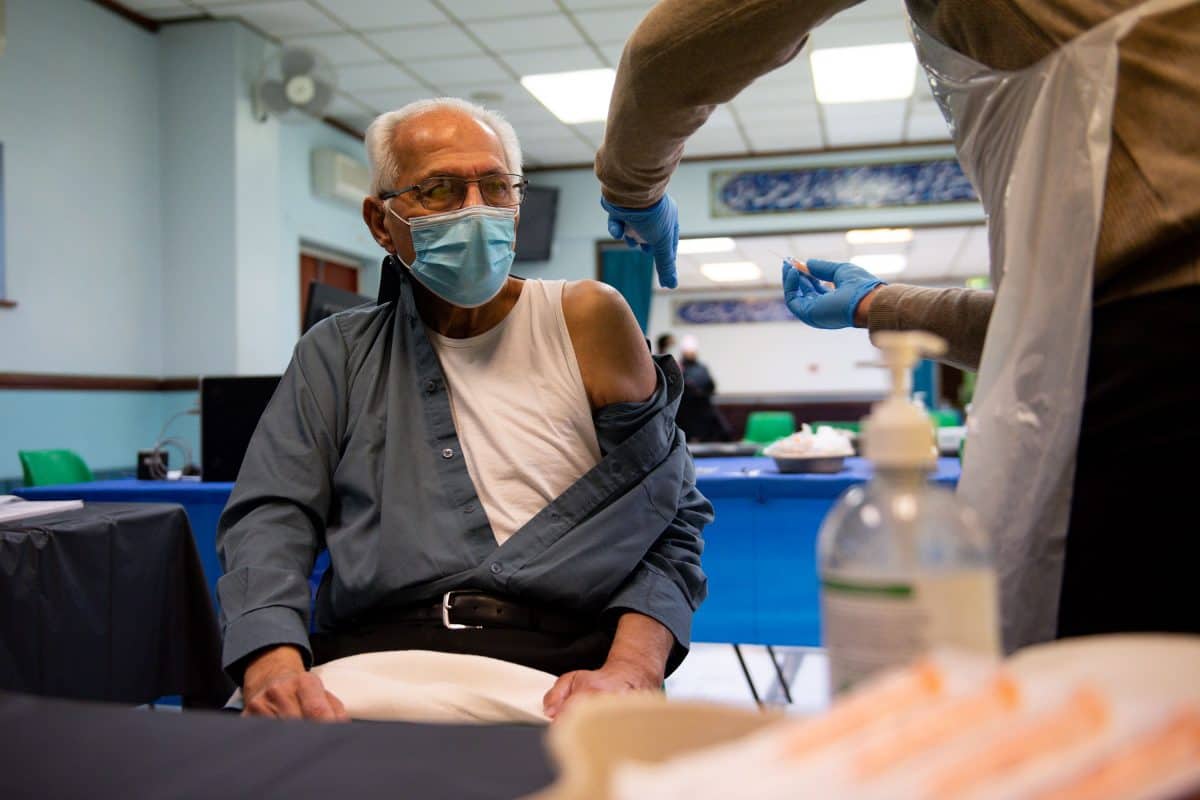 Coronavirus vaccines may not fully prevent people from passing the virus on to others and people who have had the jab should still continue to abide by lockdown restrictions, the deputy chief medical officer for England said.

Professor Jonathan Van-Tam said that if those who have been vaccinated begin easing off because they are protected, they are potentially putting at risk those further down the priority list who still need inoculation.

His warning came as the latest figures showed a record number received the first dose of the vaccine in England on Saturday, with 443,330 first jabs administered – despite the nation being battered by storms, floods and snow.

A further 24,038 doses were given in Wales, with another 23,566 administered in Scotland – a stark contrast to figures released last Sunday, when the numbers dipped markedly.

Prof Van-Tam, writing in the Telegraph, said it was still not known if people who had been vaccinated could still pass on the virus to others, even though they were protected from falling ill themselves.

“So even after you have had both doses of the vaccine you may still give Covid to someone else and the chains of transmission will then continue,” he wrote.

“If you change your behaviour you could still be spreading the virus, keeping the number of cases high and putting others at risk who also need their vaccine but are further down the queue.

“Regardless of whether someone has had their vaccination or not, it is vital that everyone follows the national restrictions and public health advice, as protection takes up to three weeks to kick in and we don’t yet know the impact of vaccines on transmission.

“The vaccine has brought considerable hope and we are in the final furlong of the pandemic but for now, vaccinated or not, we still have to follow the guidance for a bit longer.”

Separately, a further 32 vaccine sites are set to open across the country this week including one at the museum made famous as the set of hit TV series Peaky Blinders.

The sites include the Black Country Living Museum in Dudley, which featured in the long-running TV show, a racecourse, a football stadium and a former Ikea store.

Prof Van-Tam also hit back at doctors who have criticised the decision to extend the gap between the first and second doses of the vaccine to 12 weeks.

The British Medical Association has written to the chief medical officer for England urging a rethink, saying that in the case of the Pfizer-BioNTech vaccine a maximum gap of six weeks had been mandated by the World Heath Organisation (WHO).

Prof Van-Tam said that extending the gap was the quickest way to get a first dose to as many people as possible as quickly as possible.

He said: “But what none of these (who ask reasonable questions) will tell me is: who on the at-risk list should suffer slower access to their first dose so that someone else who’s already had one dose (and therefore most of the protection) can get a second?”

BMA council chairman Dr Chaand Nagpaul said that while he understood the “rationale” behind the decision, no other country is taking the UK’s approach.

“We think the flexibility that the WHO offers of extending to 42 days is being stretched far too much to go from six weeks right through to 12 weeks,” he said.

“Obviously the protection will not vanish after six weeks but what we do not know is what level of protection will be offered. We should not be extrapolating data where we don’t have it.”