Dozens of ravers attempted to flee following the arrival of the police. 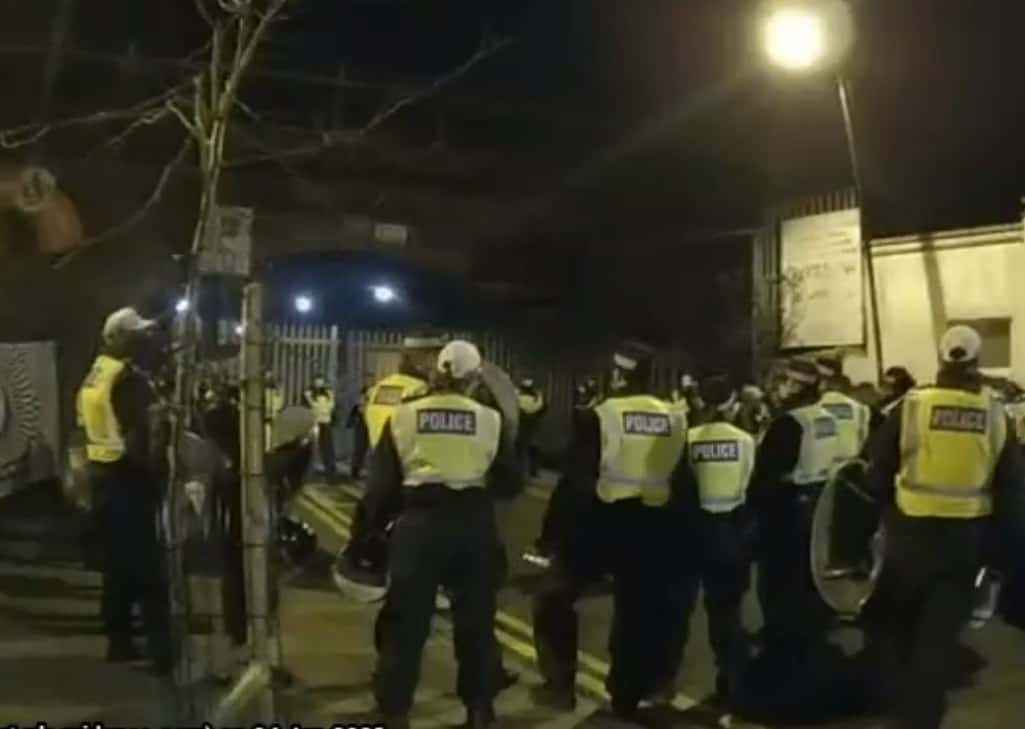 More than £15,000 in fines has been handed out after police shut down an illegal rave attended by more than 300 people in east London.

Officers from the Metropolitan Police attended a venue under a railway arch on Nursery Road in Hackney in the early hours of Sunday morning. Loud music was heard coming from inside the venue and a significant number of people were found packed inside the small space.

Dozens of ravers attempted to flee following the arrival of the police, scaling fences at the rear of the arch while others forced open a gate to get away from officers.

The Met said multiple attempts were made to engage with the event’s organisers, who were “uncooperative”, and at one point the doors were padlocked from the inside to stop police getting in.

Additional resources including police dogs and a helicopter were deployed.

A total of 78 people were stopped and issued with fixed penalty notices to the value of £200 for breaching Covid regulations by attending an illegal gathering – a total of £15,600.

Chief Superintendent Roy Smith, who attended the incident, said: “This was a serious and blatant breach of the public health regulations and the law in relation to unlicensed music events.

“Officers were forced, yet again, to put their own health at risk to deal with a large group of incredibly selfish people who were tightly packed together in a confined space – providing an ideal opportunity for this deadly virus to spread.

“Our front line officers continue to police this public health crisis with compassion and professionalism but it is completely unacceptable they have to face such needless risks to their own health and to their families too.

“Whilst we will always seek to engage and explain, the message to those who have a total disregard for the safety of others and breach the law so blatantly is clear, our officers will act swiftly and decisively.

“Not just organisers, but all those present at such illegal parties can expect to be issued a fine.”

Fines of £800 will now be slapped on people caught at house parties as part of tougher measures to crack down on illegal gatherings during the pandemic.

The penalty, coming into force next week, will apply for groups of over 15 people and will double after each offence up to a maximum of £6,400 for repeat offenders, the Home Secretary said.

“As this latest measure demonstrates, we will not stand by while a small number of individuals put others at risk,” Patel added.

Related: Sturgeon vows to hold indyref2 if SNP wins in May – whether Boris likes it or not