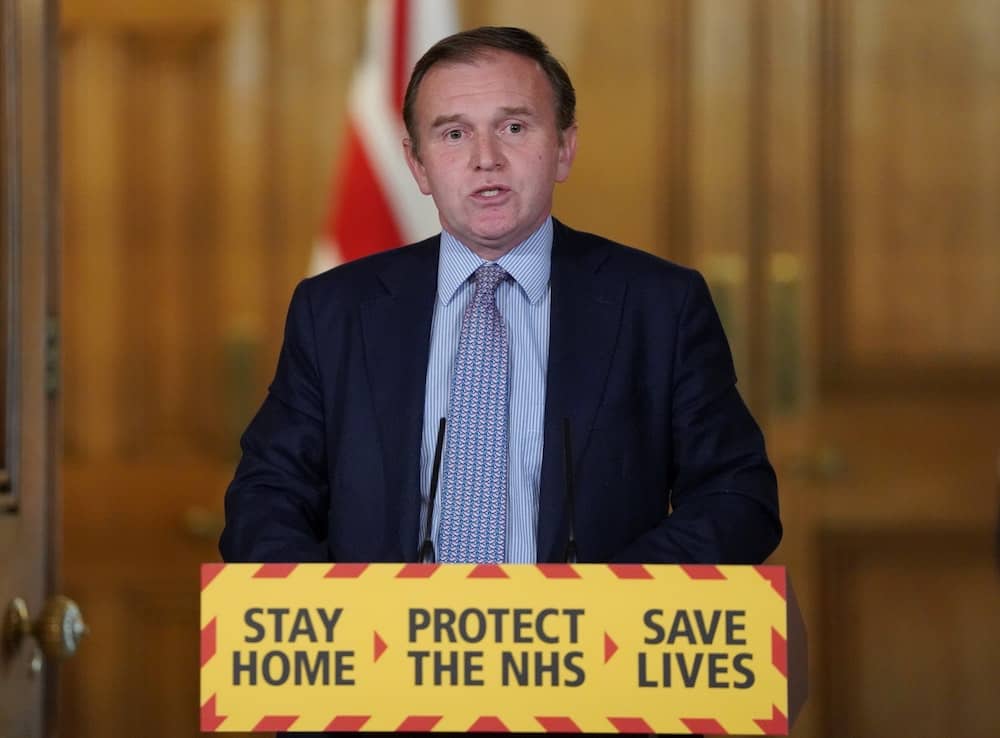 The Government has defended missing its key 100,000 target for coronavirus tests for the sixth day in a row, highlighting “daily fluctuations” in availability.

Environment Secretary George Eustice said 97,029 tests were conducted in the 24 hours to 9am on Friday, up from 86,583 the day before, at the daily Downing Street briefing on Friday.

Asked why the UK had not tested at capacity for six days in a row and about reported delays of up to 10 days in getting results back, Mr Eustice said: “If you have, as we do, 50 different sites offering drive-through tests you will get regional variances.

“You will get some days of surplus tests where people haven’t come forward to take them in some areas, and you will have other areas where you don’t have quite enough capacity for that local demand.”

He also said staff and residents in care homes needing a test “should be able to get one quickly”, highlighting in addition to the drive-through sites there were around 90 mobile test centres.

He said: “It’s possibly the case that they can’t get an immediate test on that day, but they should be able to get one quickly because we do now have the capacity and today we’ve got the figures announced which shows we’ve tested 97,000 people, and that includes since we’ve been doing the testing, tens of thousands of staff working in care homes and indeed residents as well.”

NHS England medical director Professor Stephen Powis added patients were being tested in hospital before being sent into care homes.

He said: “The NHS has been working increasingly closely with colleagues in social care to provide support, so we are testing patients before they are discharged into care homes.

“But I think it’s important also to note that it’s a relatively small number of discharges from hospitals that actually are directly into care homes, somewhere in the region of around one in 20 are going into care homes for the first time.”

Mr Eustice also said the Government’s new target to carry out 200,000 tests by the end of the month would not affect the current testing work.

He said: “I think it is important and helpful to have targets you’re moving towards in order to expand that capacity in short order, which is what we’ve been trying to do.

“I don’t really understand at all why that would distract from those that are delivering the current test capacity and they can continue to do so – the planning for an expansion is done by an entirely different set of people.

“As we start to roll out things such as our track and trace approach, testing will become quite an important feature of that.”

The defence of the testing regime came after an MP said essential workers trying to book a Covid-19 test using an official website were offered slots requiring a 400-mile round trip.

Labour MP Kevan Jones described the situation in County Durham as “chaotic” after a constituent was offered a test in Perth, Scotland, meaning a round trip of about seven hours, with others saying they were asked to go to Edinburgh.

The Durham North MP said the official testing website also offered someone a test in Penrith in Cumbria, 63 miles from Durham, despite local test sites being set up with the help of the county council.

He said the official site was “shambolic” and called on Health Secretary Matt Hancock to address it urgently.

Related – Pandemic planning should be ‘free from political interference’