Saudi-led forces have been accused of breaching international humantarian law after bombing schools, hospitals, weddings and food infrastructure in Yemen. 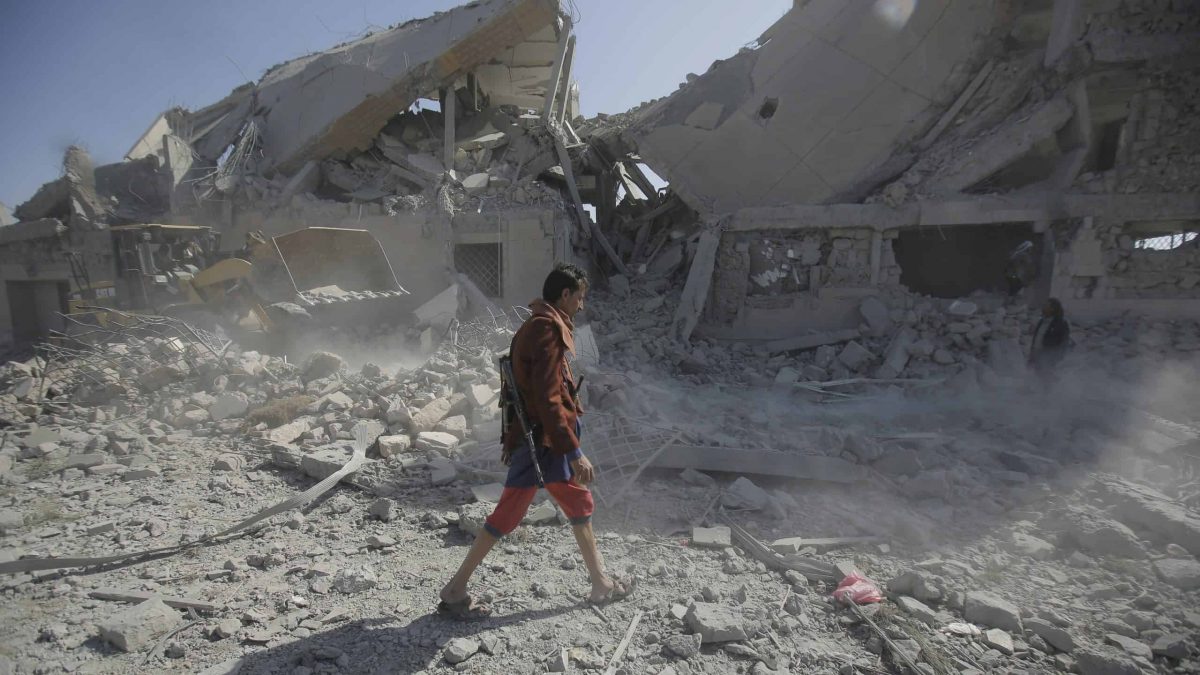 Britain is to resume selling arms to Saudi Arabia despite admitting concern that the country could be using them to commit war crimes.

International trade secretary Liz Truss said on Tuesday that the government had completed a review of how arms export licences were granted in order to comply with an earlier court ruling suspending sales.

Ms Truss said that while some “credible incidents of concern” related to Saudi forces’ conduct had been classified as “possible” breaches of international humanitarian law (IHL), the UK government viewed these as “isolated incidents”.

“The incidents which have been assessed to be possible violations of IHL occurred at different times, in different circumstances and for different reasons,” the statement said.

The statement adds: “The undertaking that my predecessor gave to the Court – that we would not grant any new licences for the export of arms or military equipment to Saudi Arabia for possible use in Yemen – falls away.”

Yesterday Dominic Raab sets out sanctions for ‘worst human rights abusers’, including 20 individuals from Saudi Arabia linked to the brutal killing and dismemberment of Mr Khashoggi in the Saudi consulate in Istanbul in 2018.

Mr Raab told MPs that sanctions were aimed at the perpetrators of the “very worst human rights abuses”.

“This Government and this House sends a very clear message on behalf of the British people that those with blood on their hands, the thugs of despots, the henchmen of dictators will not be free to waltz into this country to buy up property on the King’s Road, to do their Christmas shopping in Knightsbridge or frankly to siphon dirty money through British banks or other financial institutions,” he said.

The Saudis on the list include the deputy head of the intelligence services Ahmed Hassan Mohammed Al Asiri – who is alleged to have commissioned the 15-man team which killed Mr Khashoggi – and Saud Abdullah Al Qahtani, an adviser to Crown Prince Mohammed bin Salman who is said to have planned and directed the operation.