'Shifting asylum responsibilities is not the solution,' said the UN human rights and refugee agency. 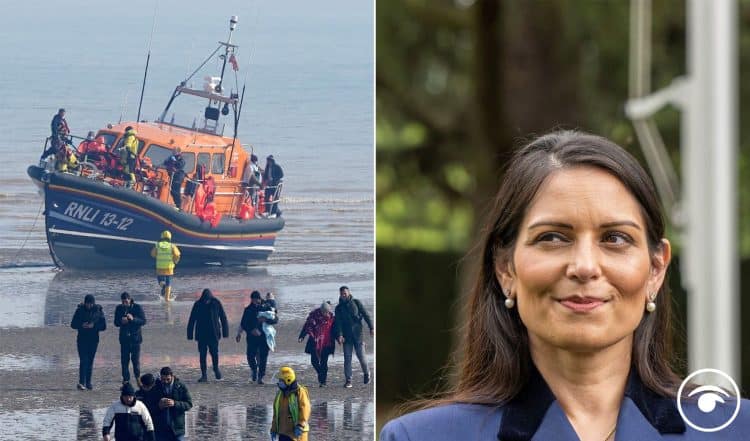 UK and Rwandan ministers have hit back at two United Nations agencies which condemned the controversial plan to send some asylum seekers from the UK to the African country.

In an interview with the Associated Press before meeting officials from the UN human rights and refugee agencies, Rwandan foreign minister Vincent Biruta acknowledged it was “fine that they be concerned”, adding that the discussion was aimed “to bring them on board” to work with the two countries.

Last month, the UN human rights office tweeted its support for UNHCR’s position, saying the plan raises human rights concerns — notably about forcible returns, family separation, “arbitrary deprivation of liberty” and the prospect that cases might not be assessed on an individual basis.

Under the plan unveiled last month, British officials said they will send migrants arriving in the UK illegally – often as stowaways or in small boats crossing the English Channel – to Rwanda.

Home Secretary Priti Patel said Britain had seen over 20,000 people enter illegally over the last year, and insisted that her Conservative government — along with Rwanda — was “finding new innovative solutions to global problems” amid a crisis of illegal immigration.

She insisted the plan was about saving lives of people taken by smugglers on often-treacherous journeys to try to reach Britain.

“I’m afraid other organisations and other countries, you know, are not coming up with alternatives – and the status quo is simply not acceptable anymore,” she said.

The number of migrants deported to Rwanda is “more likely to be in the hundreds” each year, according to the deputy prime minister.

Dominic Raab said he wanted to “manage expectations” about the plan to give people deemed to have arrived in the UK illegally a one-way ticket to the east African nation.

When announced last month, Boris Johnson said tens of thousands of people could be flown there under the deal in the years ahead.

Asked when the first deportation flights to Rwanda will take place, Mr Raab told BBC Radio 4’s Today programme that it would happen “as soon as possible”.

“I think that we’ll have to wait and see how operationally it works in practice,” he said.

“I think I’d be careful about managing expectations.

“It is not going to deal with the whole problem.”

Asked if hundreds or thousands of people would be removed every year, Mr Raab added: “I would have thought it was more likely to be in the hundreds.”

The Home Office previously disputed suggestions that modelling by its own officials indicated that only 300 people a year could be sent to Rwanda.