“The idea that sovereignty is held only in one place and is handed out to other places, but always on a piece of string so it can be pulled back to the centre at any moment when the centre requires, I think that is over,” 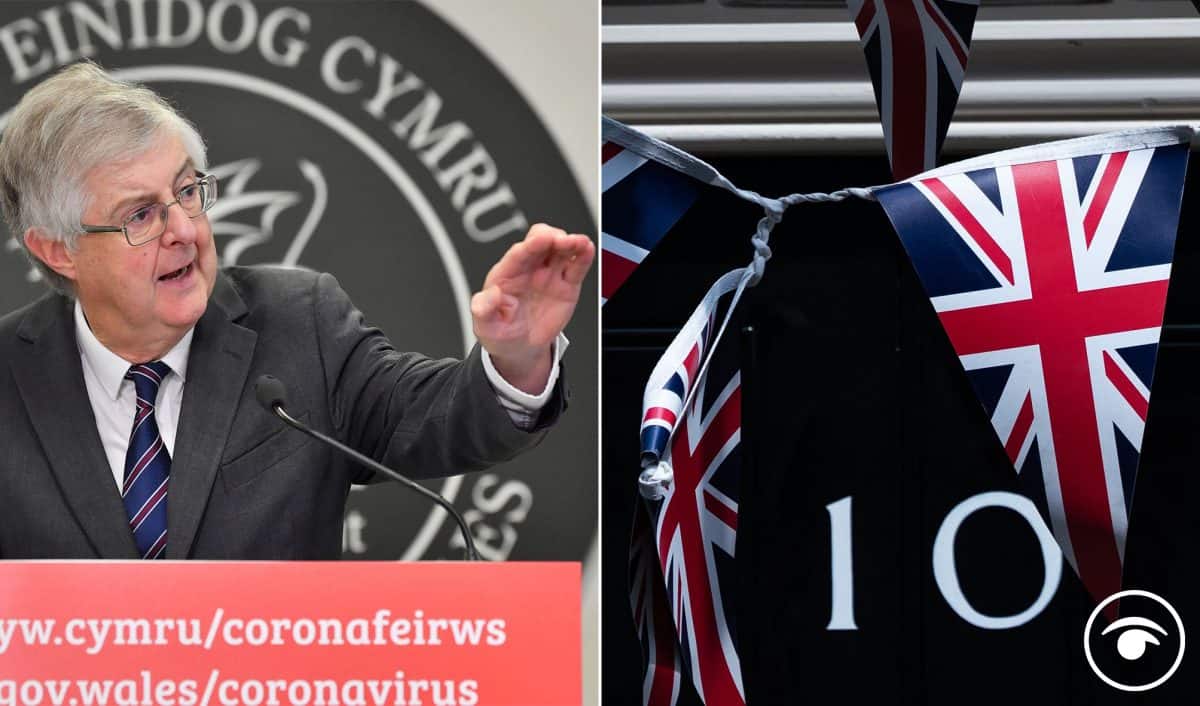 The United Kingdom “is over” and a new union should be crafted to reflect a “voluntary association of four nations”, Wales’ First Minister has said.

It comes as a new poll has revealed some of the highest levels of support for Welsh independence ever recorded. The poll, made for the ITV News Tonight programme in collaboration with Savanta ComRes, showed that 39% of respondents in Wales favoured independence from the rest of the UK.

Mark Drakeford warned the break-up of the UK was possible if politicians only offered a “tweaking of the status quo”, and said Boris Johnson’s lack of engagement with the devolved nations undermined efforts to keep them together.

His virtual appearance at the Welsh Affairs Committee on Thursday was broadcast from an outbuilding at the bottom of his garden in Cardiff, where he was said to be self-isolating “as a precaution” after coming into contact with someone who had tested positive for coronavirus.

Mr Drakeford told MPs a new devolution settlement was needed after the pandemic had caused a rise in polarised opinions about Wales’ future, including support for Welsh independence as well as for abolishing devolution.

He said: “I do think the effect of the pandemic and the last 12 months has been to polarise opinion in Wales about the way it should be governed.

“What we have to do – to quote a Conservative member of the Senedd, David Melding – is we have to recognise that the union as it is, is over. We have to create a new union.

“We have to demonstrate to people how we can recraft the UK in a way that recognises it as a voluntary association of four nations, in which we choose to pool our sovereignty for common purposes and for common benefits.”

Mr Drakeford said the “relatively random basis” on which the UK Government engages with the devolved Welsh, Scottish and Northern Ireland administrations “is not a satisfactory basis to sustain the future of the United Kingdom”.

“There is no institutional architecture to make the United Kingdom work,” he said.

“It is all ad-hoc, random, and made up as we go along. And I’m afraid that really is not a satisfactory basis to sustain the future of the UK.

“And if I have an anxiety about the lack of regular engagement between the Prime Minister and other parts of the UK, it is more that I think without that then the security of the future of the UK becomes more difficult.

“Without the Prime Minster playing his part in all of that, I think it undermines the efforts of those of us – and I include myself certainly in this – who want to craft a successful future for the UK.”

Mr Drakeford called for “an entrenched form of devolution which cannot be unilaterally rolled back by any one party”, and one that “could not be interfered with in the way we have seen so vividly in recent months”.

His comments referred to the Welsh Government’s criticism of the UK Government’s replacing of EU Structural Funds by directly allocating funding in Wales on devolved matters through the Shared Prosperity Fund, as well as the controversial Internal Market Act.

Mr Drakeford described UK parliamentary sovereignty as “a redundant notion” and that the union should be recrafted to work like the European Union, United States or Australia.

“The idea that sovereignty is held only in one place and is handed out to other places, but always on a piece of string so it can be pulled back to the centre at any moment when the centre requires, I think that is over,” he said.

“The European Union will be an example potentially but Canada, or Australia, or the United States, are examples of what I talked about, where sovereignty is dispersed amongst its component parts and pooled back together again for those central purposes.”

Stephen Crabbe, committee chairman and Conservative MP for Preseli Pembrokeshire, asked Mr Drakeford if there was a “meeting of minds” between him and Mr Johnson, describing the men as “both classic scholars”.

But Mr Drakeford described his relationship with the Prime Minister as “remote”.

“Both in the sense that I’ve met him only once myself – I’ve been at a number of meetings where there’s been large numbers of other people present – and he is yet to call a meeting of the Joint Ministerial Committee of first ministers and himself,” he said.

“In that sense I would say I’ve had a very modest level of contact with the Prime Minister. And the remoteness isn’t just in that way, I’m afraid we rarely have a meeting of minds.”