The sales were dominated by trade to the Middle East, with Saudi Arabia being by far the largest buyer. 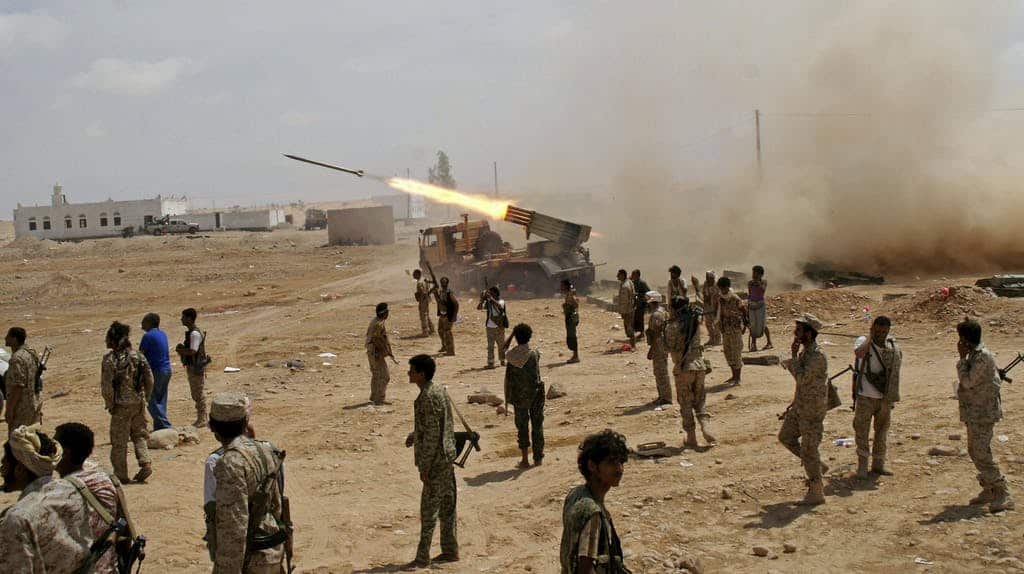 New figures, published today by the Department of International Trade, show that between 2010-2019 the UK government was the world’s second biggest arms exporter behind the US.

In that time, UK companies signed £86 billion worth of contracts for military equipment and services. The total for 2019 was £11 billion (down from £14 billion in 2018), making it the second highest year for UK arms sales since 1983.

Dominated by the Middle East

The figures, which are based on a survey of arms companies, show that UK industry is dominated by the Middle East. Since 2010 60 per cent of exports and contracts have gone to the region, with Saudi Arabia being by far the largest buyer.

The report shows that in 2019 the UK has had a 16 per cent share of the global arms trade. This compares with the largest arms exporter, the US, which has an estimated 47 per cent share and Russia and France which have 11 per cent and 10 per cent respectively.

The UK arms industry is dominated by aerospace, which accounted for 88 per cent of sales and contracts. This includes radars and missiles etc as well as aircraft. Major buyers of UK-aerospace equipment include Saudi Arabia, Turkey, Oman, USA and Qatar.

UK-made fighter jets, missiles and bombs have played a central role in the ongoing Saudi-led bombardment of Yemen. According to the United Nations, the bombing has created the worst humanitarian crisis in the world.

In June 2019, the Court of Appeal ruled that the government acted unlawfully when it licensed the sale of UK-made arms to Saudi-led forces for use in Yemen without making an assessment as to whether or not past incidents amounted to breaches of International Humanitarian Law. This followed a case brought by CAAT.

The government was ordered not to approve any new licences and to retake the decisions on extant licences in a lawful manner. In July 2020 the government announced that it was resuming arms sales. CAAT is considering all legal options to challenge the government’s decision.

Andrew Smith of Campaign Against Arms Trade said: “Arms dealers will be celebrating, but these figures should be a source of great shame. Boris Johnson and his colleagues are always talking about ‘Global Britain’ and the importance of human rights and democracy, but they are arming and supporting repression around the world.

These sales are not just numbers on a spreadsheet: for people around the world they could be a matter of life and death. UK-made weapons have played a devastating role in the Saudi-led bombing of Yemen, helping to create the worst humanitarian crisis in the world.

Wherever there is conflict there will always be arms companies trying to profit from it. This profiteering does not just enable war, it actively fuels it. The sales being approved today could be used in atrocities and abuses for many years to come.”