Government figures showed a further 1,035 people had died within 28 days of testing positive for Covid-19 as of Saturday, bringing the UK total to 80,868. 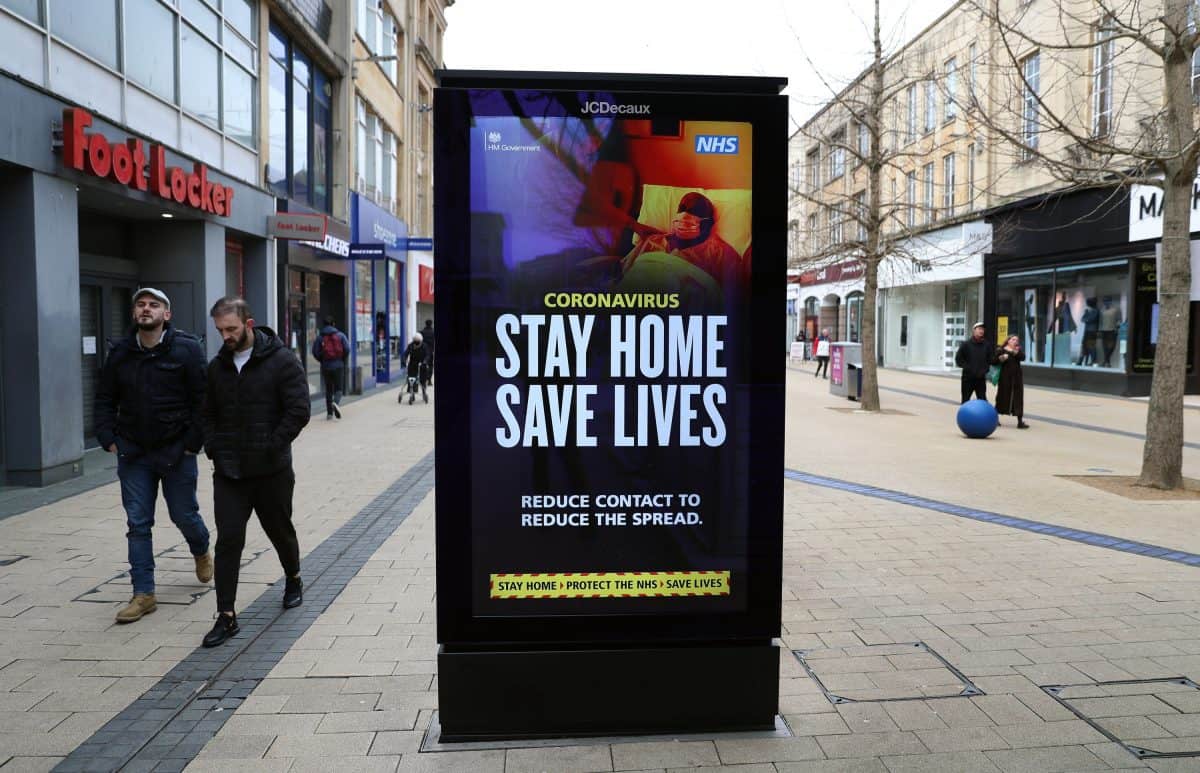 The official coronavirus death toll in the UK has risen to more than 80,000 as lab-confirmed cases passed the three million mark.

It comes as doctors have warned that pressure on the NHS could get worse in the coming weeks and some experts criticised the current lockdown measures as not being strict enough.

The number of patients with Covid-19 in hospital is also at a record high in England, and medics have warned the full impact of social mixing over the Christmas period has not yet been seen.

The Government has also doubled down on its “stay at home” message by launching a new advert, fronted by England’s chief medical officer Professor Chris Whitty, urging everyone in England to “act like you’ve got” coronavirus.

Meanwhile, Buckingham Palace revealed the Queen and Duke of Edinburgh received their Covid-19 vaccinations on Saturday.

A royal source confirmed the injections were administered by a royal household doctor at Windsor Castle.

The pair, both in their 90s, are among the priority groups to be vaccinated in a rollout which aims to see all the most vulnerable receive a jab by mid-February.

According to our data between 27 December and 2 January, we estimate around 1 in 50 people in England had #COVID19, not including care homes, hospitals or other institutional settings https://t.co/yVJeiYDGuq pic.twitter.com/HGAsF7jz2z

Government figures showed a further 1,035 people had died within 28 days of testing positive for Covid-19 as of Saturday, bringing the UK total to 80,868.

Separate figures published by the UK’s statistics agencies for deaths where Covid-19 has been mentioned on the death certificate, together with additional data on deaths that have occurred in recent days, show there have now been 95,000 deaths involving Covid-19 in the UK.

Official death figures continue to be affected by a lag in the publication of recent data and will contain some deaths that took place over the Christmas and New Year period that have only just been reported.

There had been a further 59,937 lab-confirmed cases of coronavirus in the UK.

The total number of lab-confirmed cases of coronavirus in the UK has reached 3,017,409, after a further 59,937 were confirmed in Government figures as of Saturday.

Cases were estimated to have been as high as 100,000 per day at the peak of the first wave in April.

But scientists advising the Government estimate there are currently more than 100,000 new infections per day and possibly higher than 150,000 which they believe puts the current number of daily cases at a higher level than ever during the pandemic.

They believe the current lockdown may lead to a plateau of cases of coronavirus across the UK rather than the dramatic cut seen following the March and April lockdown.

Medics have warned things are likely to get worse before they get better for the health service.

Dr Simon Walsh, deputy chair of the British Medical Association’s consultants’ committee and a London-based emergency care doctor said the epidemiology from the previous wave indicates the situation is likely to deteriorate over the next two to three weeks.

He told BBC Breakfast: “I’m afraid all of us who are working on the front line believe – and this is based on the evidence, I’m afraid – that it is going to get worse before it gets better.”

Our hospitals are under more pressure than at any other time since the start of the pandemic, and infection rates continue to soar at an alarming rate.

The vaccine rollout has given us renewed hope, but it’s critical for now we stay at home, protect the NHS and save lives.

The former GP told BBC Radio 4’s Today: “We still haven’t seen the impact in the NHS of the rapid rise that we saw around December 28-29 after the Christmas bubble and after we started to see the new variant arriving in the region.

“It is going to get a lot, lot worse unless we really get this under control but some of that is already baked into the system, and it is going to play out over the next week or two.”

The new Government advertising campaign will run across TV, radio, newspapers and on social media and will feature images of patients in hospital.

Prof Whitty said: “Vaccines give clear hope for the future, but for now we must all stay home, protect the NHS and save lives.”

Prime Minister Boris Johnson added: “I know the last year has taken its toll – but your compliance is now more vital than ever.”

The current lockdown has been branded “too lax” by a member of the Scientific Advisory Group for Emergencies (Sage).

Susan Michie, professor of health psychology at University College London, said there is still “a lot of household contact” and that the “wide definition of critical workers” means “30-50 per cent of (school) classes (are) full-up”.

Prof Michie, who is also part of Independent Sage, told Today: “It is definitely too lax, because if you think about it and compare ourselves with March, what do we have now?

“We have the winter season and the virus survives longer in the cold, plus people spend more time indoors and we know aerosol transmission, which happens indoors, is a very big source of transmission for this virus.

“And secondly, we have this new variant which is 50-70 per cent more infectious. You put those two things together, alongside the NHS being in crisis, we should have a stricter rather than less strict lockdown than we had back in March.”

Professor Robert West, a participant in the Scientific Pandemic Influenza Group on Behaviours (SPI-B) and also part of Independent Sage, echoed her words, saying the current lockdown rules are “still allowing a lot of activity which is spreading the virus”.

Asked if he thinks they should change, he told BBC News: “Yes, I do. Not just me. I think probably most of the people I talk to, epidemiologists, and medical scientists and virologists.”

With the current lockdown and vaccine rollout, deaths from coronavirus are expected to start dropping in February, while hospital admissions should fall after that.

Coronavirus cases are expected to drop in the spring due to vaccination plus the fact people spend more time outdoors, making it harder for the virus to spread.