Yesterday mayor Sadiq Khan declared a ‘major incident’ with at least 1 in 30 people now carrying the virus in the capital. 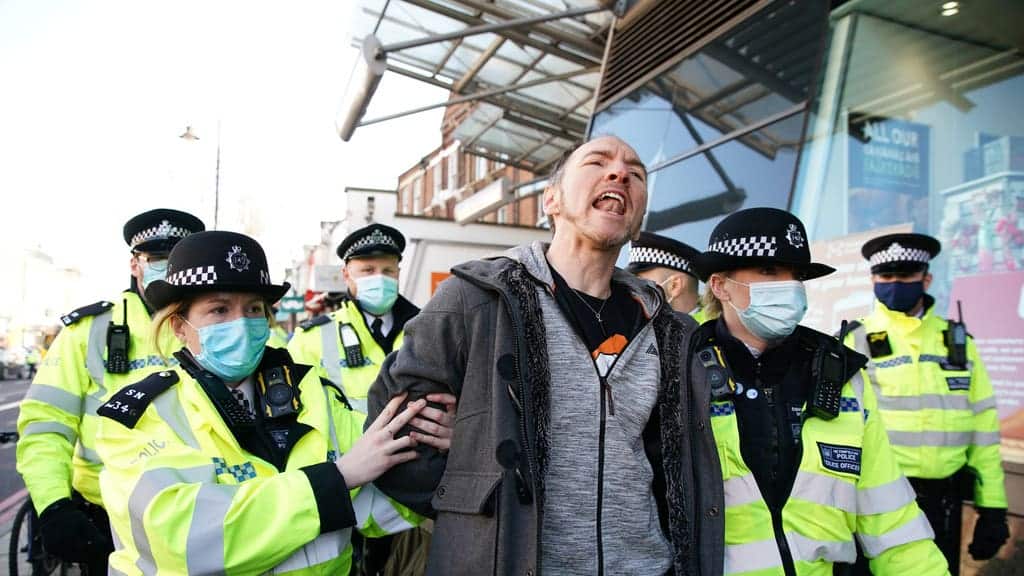 Five people have been arrested following an anti-lockdown protest in south-west London, the Metropolitan Police said.

A crowd of about 30 people marched down Clapham High Street on Saturday afternoon chanting “take your freedom back” while being heckled by members of the public.

The protest took place after London mayor Sadiq Khan declared a “major incident” as the spread of coronavirus threatens to “overwhelm” the capital’s hospitals.

1/2 – **UPDATE** 12 people have been arrested for breaching Covid regs at a protest in #ClaphamCommon for today.

All have been taken into custody.