A charity has released pictures of Britain’s fattest PETS – as it launches an animal slimming competition. The national contest is appealing to owners of massive cats, tortoises and dogs to help them lose weight. Its slimming competition so far includes a two stone Jack Russell who enjoys steak sandwiches and bacon baps. It also […]

by Jess Young
in Health, News

A charity has released pictures of Britain’s fattest PETS – as it launches an animal slimming competition.

The national contest is appealing to owners of massive cats, tortoises and dogs to help them lose weight. 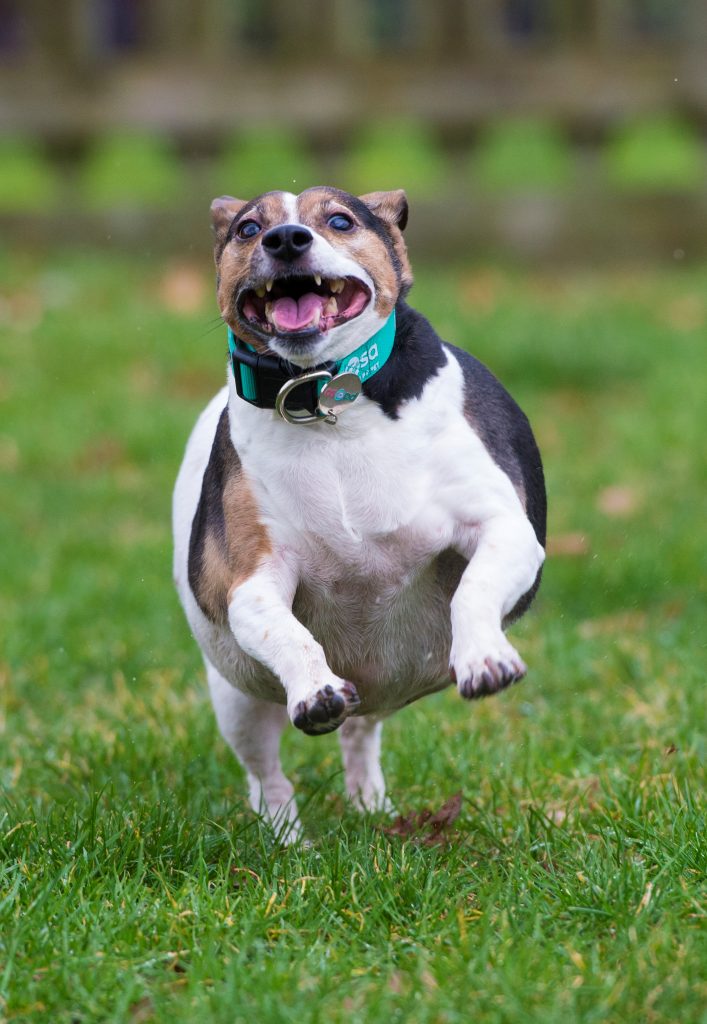 Fifteen animals from around the UK are selected and placed on a strict six-month diet with a rigorous exercise programme overseen by charity PDSA.

Supersized Jack Russell Alfie, from London, is DOUBLE the size he should be – because his owner feeds him steak sandwiches and bacon baps.

Tony, 72, said: “He does look bigger than a lot of dogs of his breed, but he just never stops eating.

“I have tried putting him on a diet before but nothing seems to work no matter what I do. The trouble is everyone loves him and likes to give him a bit of their food. He also eats stuff off the floor so it’s really difficult to manage what he eats.” 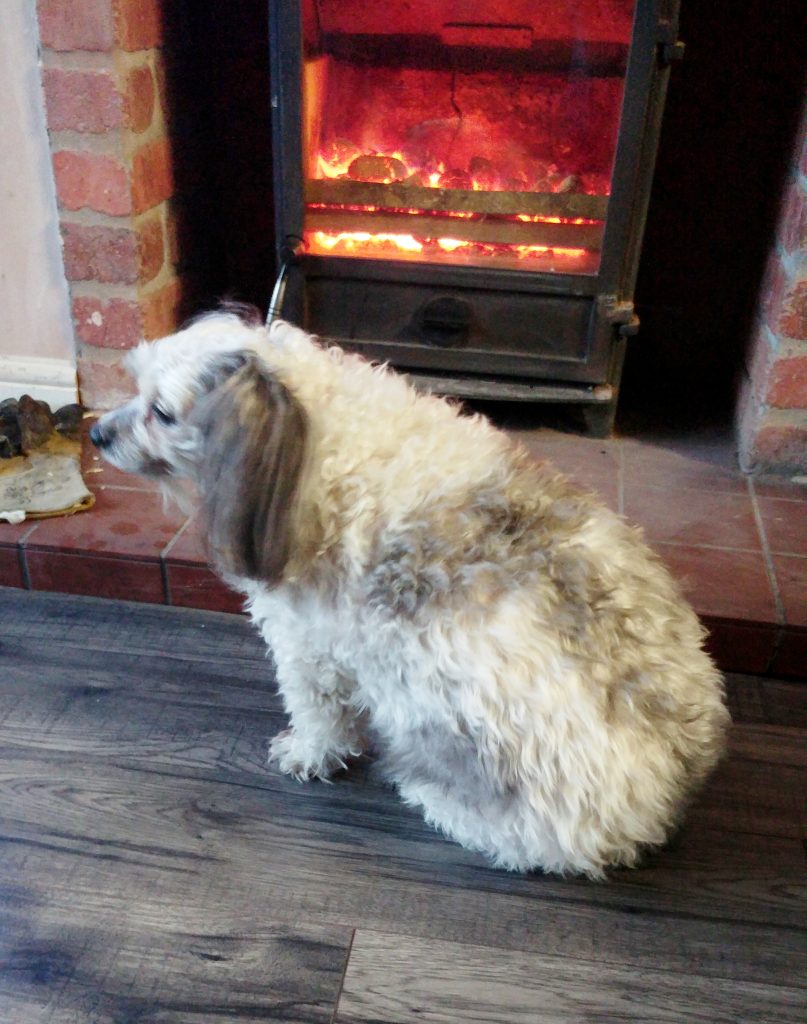 Billy the two stone Shih Tzu, from Bolton, piled on the pounds over a year because of his love of cheese and toast.

He now weighs three times the ideal weight and owner Lee Piercey says it’s down to being “spoilt rotten”.

Elvis, from Scotland, bulked up by snacking on an ‘all day buffet’ courtesy of his devoted owner Carole, 55.

She said: “I never gave Elvis treats or human food, but I’ve since learned that his portion sizes were way out of control.

“He basically had his own all-day buffet, whenever he emptied his bowl I would fill it back up again. The fact that he’s an indoor cat meant he soon piled on the weight.” 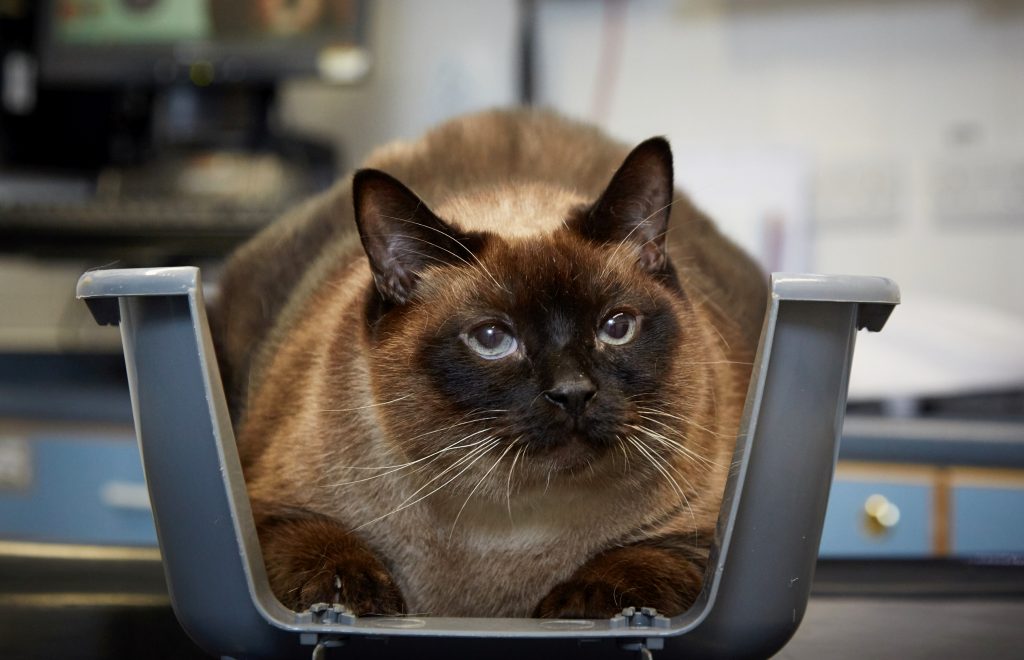 The national competition, in its 13th year, has helped 124 overweight and obese pets lose 450kg – 71 stone.

That’s equivalent to a grand piano or 160,000 doughnuts and last year’s winner, Alfie the Beagle, shed an 34% of his bodyweight.

Elvis’ owner Carole Sweeney, 55, says she didn’t realise how big her boy had become until comments from family and friends left her ‘all shook up.’

Carole, a huge Elvis fan who has a collection of his posters and LP’s from her teenage years, said the concerns about her beloved Burmese prompted her to take him to the vets for a check-up.

She’d been caught in a trap of feeding Elvis too much out of love.

Carole said: “I never gave Elvis treats or human food, but I’ve since learned that his portion sizes were way out of control.

“He basically had his own all-day buffet, whenever he emptied his bowl I would fill it back up again. The fact that he’s an indoor cat meant he soon piled on the weight.

“Thanks to the expert advice from the vets and nurses at PDSA, he’s now being fed a special diet food and I weigh out his portions so I know exactly how much he’s eating.” 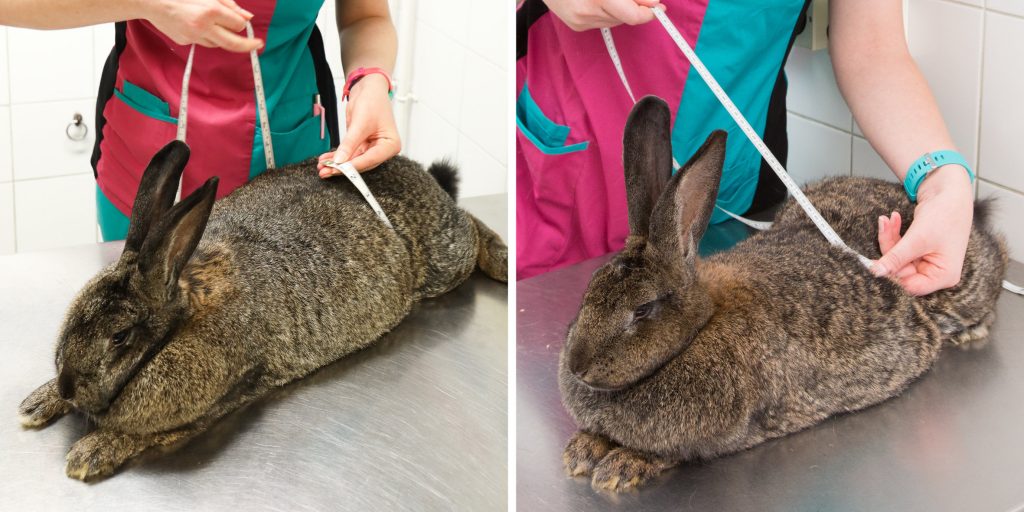 “Latest scientific literature shows that at least a third of dogs and a quarter of cats are clinically overweight or obese, but the true figures could be as high as 40%, making obesity one of the most common medical diseases seen by vets.

“Prevention is definitely better than cure, but if owners are worried about their pet’s weight it is never too late to do something about it.

“With the right advice, a good diet, suitable exercise and a bit of willpower owners have the ability to make a real difference to their pet’s health, happiness and life expectancy.”

Owners confessed that these ‘treats’ often include crisps, cake, cheese, chips, takeaways – even chocolate, which is highly toxic to dogs and can be fatal.

They also admitted that their pets regularly dined on table scraps or leftovers – some 4 million* (2.4 million dogs, 1.5 million cats and 30,000 rabbits) receive these as their main meals instead of suitable pet food.