'We know that the vaccine, particularly after two doses, is highly effective at stopping you from getting seriously ill, 20 times less likely to end up in hospital." 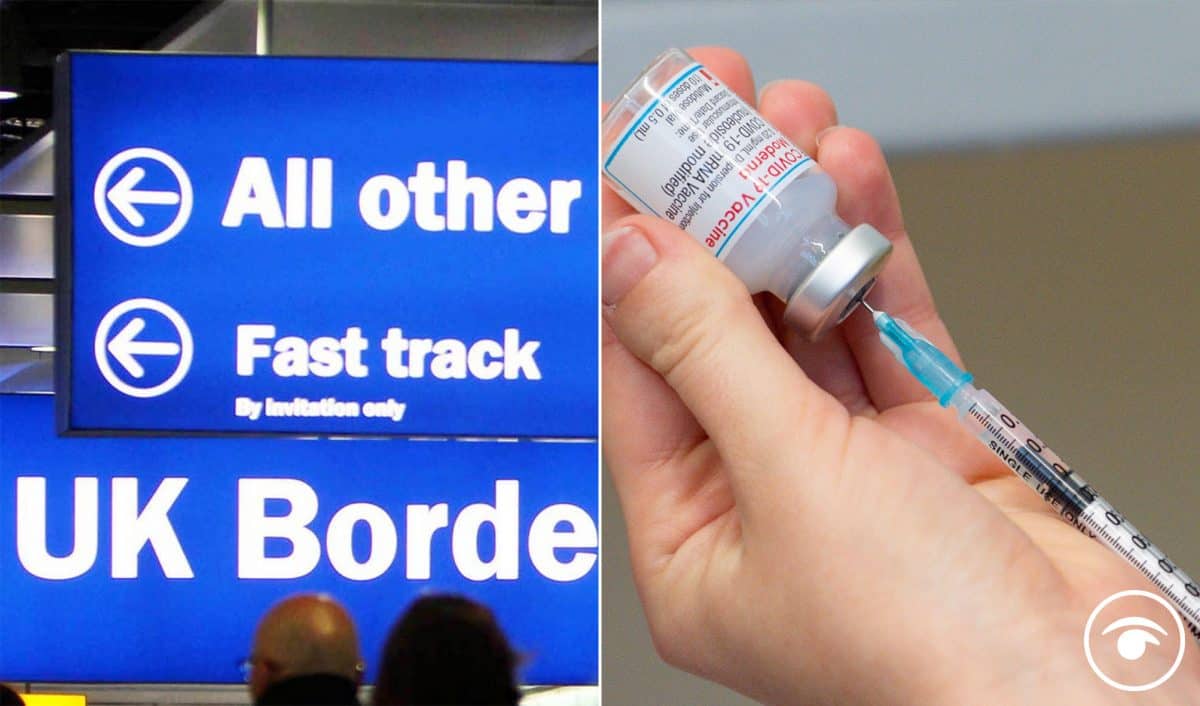 People who have had two Covid-19 jabs and come into contact with someone infected with the virus may soon be spared 10 days of self-isolating.

Officials are reportedly considering scrapping the 10-day quarantine period under plans to use daily tests instead.

The Times reported that Health Secretary Matt Hancock is said to be keen to replace quarantine with daily testing, but that the policy will only be approved after Professor Chris Whitty, chief medical officer for England, is satisfied with the results of a study involving 40,000 people.

Linda Bauld, professor of public health at the University of Edinburgh, told Times Radio it is already happening in the US.

“The Centre for Disease Control changed their guidance a while ago to say that people who had had both doses of the vaccine and about 10-14 days after the second dose didn’t have to self-isolate, so I think we are moving in that direction,” she said.

“As we’ve heard repeatedly from Chris Whitty and others, this virus isn’t going to disappear.

“We’re going to have to live alongside it, means we are going to have infections in future, so being a contact of someone infected will always be a possibility,” Prof Bauld added.

She said there will be discussions on moving away from large numbers of children self-isolating and instead carrying out regular testing.

She had been asked if she thinks any move away from 10 days of self-isolation for people who are double vaccinated could be the Government’s way of getting out of properly supporting those who are self-isolating.

Prof Bauld told the station: “I hadn’t actually thought of it that way to be perfectly frank, is this a sort of a reason not to support self-isolation, that may be part of it.

“I think it’s more that as we move ahead and learn to live alongside this virus we have to recognise, not just for adults actually around self-isolation, but there will also be a debate, I think, about school pupils and whether we could offer regular testing as an alternative to large groups of children having to stay at home and not have face-to-face education, which of course has been happening quite a bit as infection rates rise and it’s really unfortunate and should be avoidable.”

She said having both doses of the vaccine is “not a free pass to everything”, adding: “We have to make these changes because in order to get back to some kind of normal life – or more normal than we have now – vaccines are going to be that protection, and that means that showing, particularly for international travel actually, evidence of a vaccine, and I think that you know that’s uncontroversial compared to, remember, those discussions about vaccine passports to go to the pub, which are just not a runner, but for travel I think all countries need to reach agreement on this.

“We need to have a common standard the way we do for yellow fever and that will really help with international travel in the future.”

Professor Adam Finn, who advises the Government on the Joint Committee on Vaccination and Immunisation (JCVI), described the idea of scrapping 10-day self-isolation for doubly-jabbed people who come into contact with those infected with the virus as an “interesting” proposal.

He told Times Radio: “We know that the vaccine, particularly after two doses, is highly effective at stopping you from getting seriously ill, 20 times less likely to end up in hospital.

“We also know that it will reduce your chances of getting milder illness and infecting other people, but it’s probably less good at doing that than it is preventing you getting seriously ill, so it’s a kind of balance of risk thing.”

Asked if it would be safer to properly support people as they self-isolate rather than reduce the quarantine time, he said: “Yeah, difficult calculation, because I think in practice, for whatever reason that doesn’t happen reliably, so that people are being penalised by self-isolating and that probably results in some people not self-isolating and others suffering financial hardship as a result.

“This is one way to avoid that, and presumably at somewhat lower risk than just letting everybody circulate when they potentially may have been exposed.”