Despite the seemingly tiny benefit, Tory secretary Anne-Marie Trevelyan promised New Delhi “everything is on the table”, including loosening access for Indian citizens to come to the UK. 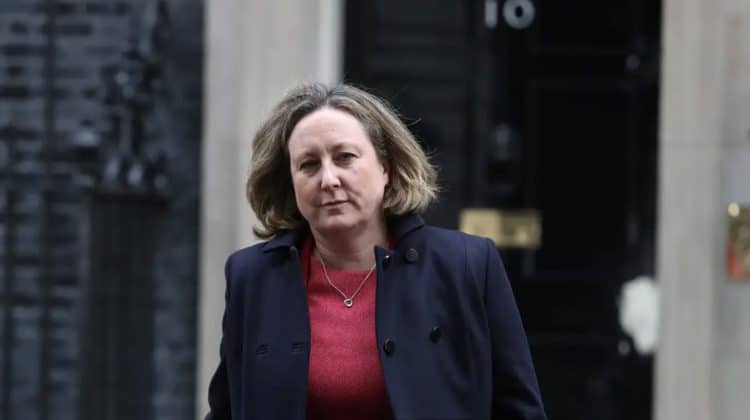 Britain’s potential trade deal with India will only boost the UK economy by 0.12 per cent, the government’s own strategy document has revealed.

Despite this, Tory secretary Anne-Marie Trevelyan insisted it is a “golden opportunity” and claimed the deal will set out Britain’s “independent journey post-Brexit”.

The international trade minister also said “everything is on the table” when starting negotiations with New Delhi today, including loosening access for Indian citizens to come to the UK.

Meanwhile, India’s prime minister Narendra Modi is thought to have asked for more relaxed immigration to the UK as a key demand of a new trade deal.

And, Piyush Goyal, India’s minister of commerce and industry, said “the Indian diaspora in Britain is a bridge between the two countries and can add a lot of dynamism to their relationship”.

But a document published by the Department for International Trade revealed a deal with India will increase the UK’s gross domestic product between 0.12 and 0.22 per cent “in the long run”.

Despite the disappointing benefits, Trevelyan expressed hopes to secure an agreement with India by the beginning of 2023, in the light of talks starting next week.

The DIT insisted the deal had a “potential” to almost double UK exports to India and increase two-way trade with the country by £28 billion a year by 2035.

And, depending on the agreement struck, the department’s paper also approximated a long-term increase in GDP of between £3.3 and £6.2 billion in 2035.

The figures come as the US seems to keep postponing a deal with the UK, even though Trevelyan recently visited Washington.

In September last year, a video compilation of all the times prime minister Boris Johnson promised a trade deal with the US has gone viral after he was forced to admit it was unlikely to happen anytime soon.

The trade deal struck with Australia has come under fire over recent months, with farming groups and environmentalists warning of the harm done to British exports and UK standards.

And according to animal welfare charity RSPCA, barren battery cages, sow stalls, hormone-fed beef, hot branding and mulesing are all legal in Australia, but banned or illegal in the UK.

A table put together by the charity reveals slaughterhouse CCTV is not required in Australia, but has been mandatory in the UK since 2018.

Meanwhile, Australia allows live exports to stay in intense heat without food or water for up to 48 hours, whilst Britain’s limit is 24 hours and has been on track to end live exports.

The agreement with Australia, the first to be negotiated from scratch since Brexit, is expected to add little to economic growth in the long run while critics have warned about the impact on British farmers and questioned its commitments on tackling climate change.

Related: Fishermen in Cornwall say they were ‘sold a dream’, a year since Brexit