Ms Reeves said the Port of Dover had been allocated a fraction of what it requested, along with Portsmouth which she said faces a shortfall of £8 million – the result of what she called “Tory cronyism” and “wasting millions of pounds on consultants and middlemen”. 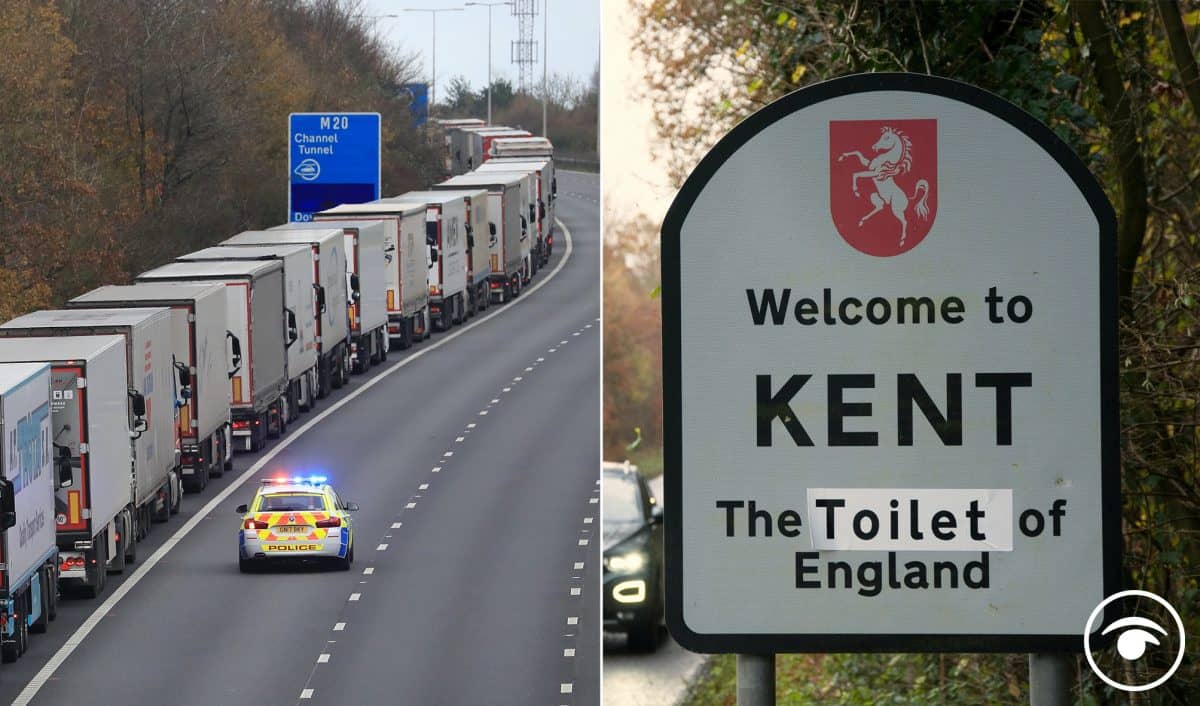 The chief executive of the Port of Dover has called for urgent financial support from the Government as Brexit approaches.

On Wednesday, the Government turned down a request for £33 million of funding for French passport checks on people leaving Dover, allocating the port £33,000 instead.

It comes as traffic was seen today in Kent with lorries back up for miles.

Sky News Tweeted: “Trucks queue down the M20 for mile upon mile at the entrance of the Eurotunnel in Folkestone, as companies rush to stockpile as the deadline for a Brexit trade deal looms.”

Dover applied for the support through the Port Infrastructure Fund (PIF), which is designed to provide extra money for changes to transport and travel rules at the borders.

Chief executive of the Port of Dover Doug Bannister told the BBC: “Without this funding it’s going to make the transition more challenging than it is today.”

“We are trying to move ourselves through the greatest period of uncertainty that this facility has seen,” he added.

“Being denied the funding for this programme – what that does mean is that we could see increased friction and increased hold ups while we get through the opening period of the transition.”

People travelling to France from the UK face stricter checks and having their passports stamped following January 1, prompting concerns over delays.

Mr Bannister’s demand was echoed in the House of Commons by shadow cabinet office minister Rachel Reeves, who said Cabinet Office Minister Michael Gove “needs to give greater assurances that there will not be those delays and disruptions that we all fear” at ports in the UK.

Ms Reeves said the Port of Dover had been allocated a fraction of what it requested, along with Portsmouth which she said faces a shortfall of £8 million – the result of what she called “Tory cronyism” and “wasting millions of pounds on consultants and middlemen”.

Speaking in the Commons on Thursday, she added: “Will the Government publish the full rationale for each of their 53 port decisions, not least since some companies received next to nothing, while one port company – which coincidentally pays a former Tory cabinet minister £100,000 a year – was awarded £26 million yesterday by this Government?”

Mr Gove retaliated by saying the Government is “working” with Dover and Portsmouth, and would be “delighted” to make sure the assessment criteria are shared with all MPs.

He told the Commons: “The port infrastructure team had an independent team to look at the eligibility of all of the ports that applied and to assess all of the bids, and they were done on the most rigorous of basis.

“But it is the case that a number of ports have welcomed the additional funding and the additional infrastructure support it will give, but we’ll continue to work with all ports in order to ensure we can have a world-class border.”

The Transport Department said it has provisionally allocated the £200 million PIF between 41 ports, with 12 considered ineligible.