Shropshire's Hoo Farm has called off its Easter sheep racing after being targeted by animal rights activists. 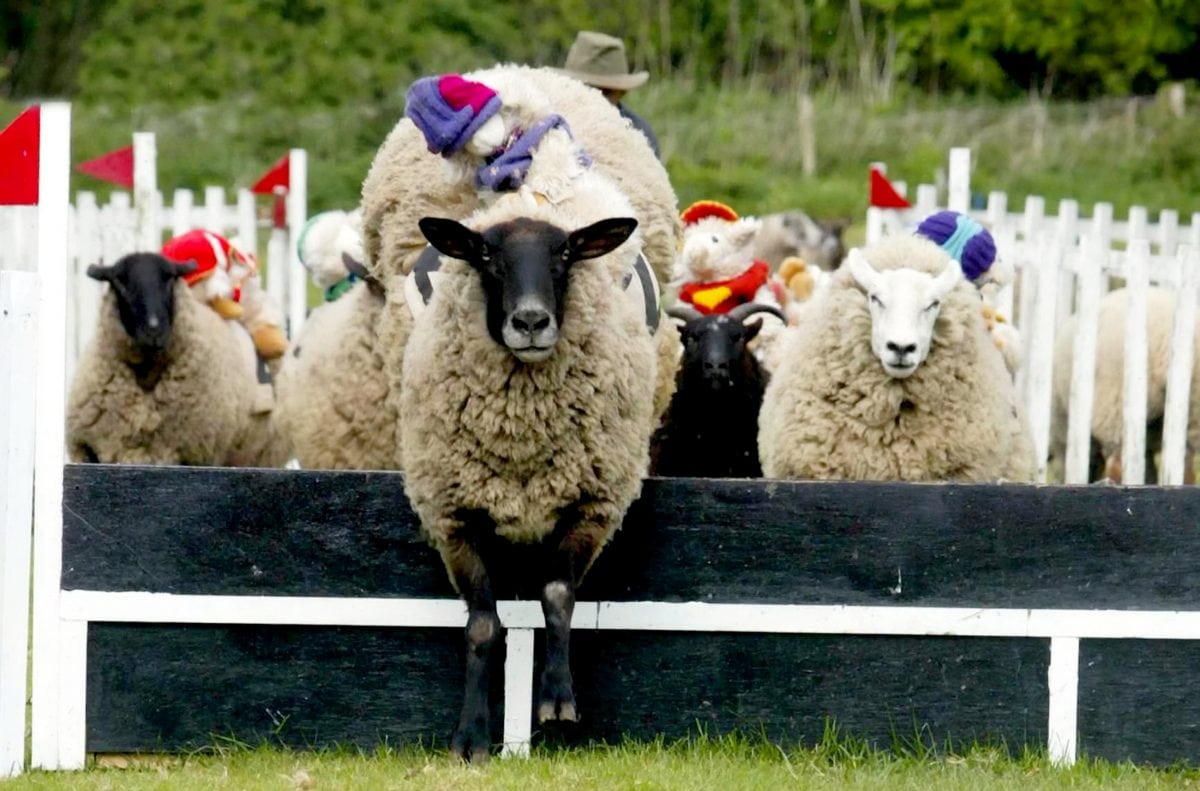 A sheep race which has been a Bank Holiday tradition at a farm for 30 years has been scrapped for the first time – after the owners received threats from angry VEGANS.

Hoo Farm has been entertaining families with children for nearly three decades since 1991 with its annual Easter sheep racing event.

Visitors who fancy a flutter can bet on the races, with badges and rosettes given to those who support the winners at the attraction in Preston on the Weald, Shrops.

The animals jump over a series of fences to reach food left at the end of the course and are not coerced in any way.

But the event has now been axed after being targeted by animal rights activists and furious vegans who have branded it “evil” and “inhumane” .

Owner Will Dorrell, 27, has even received physical threats and says he decided to cancel the event due to fears for his safety and that of his staff.

Will, who has ran the family-owned business for 15 years, said: “Its a real shame but I’ve got to think about our personal safety. “We have been branded ‘scum’, ‘vile’, ‘evil’ and ‘butchers’ and had threats of physical violence.

“Some have suggested coming down with bolt cutters and setting the sheep free – some have threatened violence towards the animals, which is ironic considering they promote animal welfare.

“But none of them know how it works and I have been completely transparent and invited them down to prove there is no cruelty or abuse involved.

“They had no interest in that but a petition was launched which attracted quite a lot of signatures in a short space of time.

“I just got to the point of thinking it was not worth the hassle.

“We are a family-run business and we have got better things to do than pick fights with certain groups of people and eco-terrorists.

“I started to even get phone calls with people threatened me and I just thought this isn’t worth it, even though I’m completely happy there is no cruelty involved.

“We are animal lovers ourselves and the sheep are our priority – all the profits made go to the upkeep of the animals.

“We would never continue an activity that was unfair and cruel and we can accept criticism up until a point.

“But when constructive comments turn into personal attacks and threats, we have to draw a line.” The Sheep Gold Cup and the Sheep Grand National will now be replaced with a child’s race this coming Bank Holiday Monday.

The move follows a 35,000-strong petition organised by a group called Lambentations, which targets sheep races nationwide claiming they go against the timid nature of the animals.

Mr Dorrell said the family will call in experts to ensure they are not breaking any of their regulations and licences in holding such an event.

He added: “Sheep naturally run and jump and we don’t use whips or smacking or anything like that – just some treats at the end of the course.

“We use positive reinforcement similar to how other animals are trained and its no different to dog agility really.

“All the sheep were hand-reared due to their mums being unable to care for them so without our intervention these sheep would not have survived infancy.

“All our sheep racers stay with us for their natural life and do not go to market or the abattoir.

“We are 100 per cent happy that the race does not cause any distress or anxiety to the sheep but we are reviewing the situation.

“We will speak to vets and animal health officers and seek their guidance.

“If they come back and say it is not causing any discomfort to the sheep then we will probably reschedule it either for later this year or next.

“The majority of the people who were complaining about it have never even been here.

“There were a few people who were fighting our corner.

“But that is the sad thing about social media. These things snowball.

“That’s why we have ended up coming to this decision. I have got bigger battles to fight and the event is about more than just the sheep race.”