"The term is dehumanising. You only need to watch films like 12 Years a Slave to see how it is used as a weapon to treat black people as inferior." 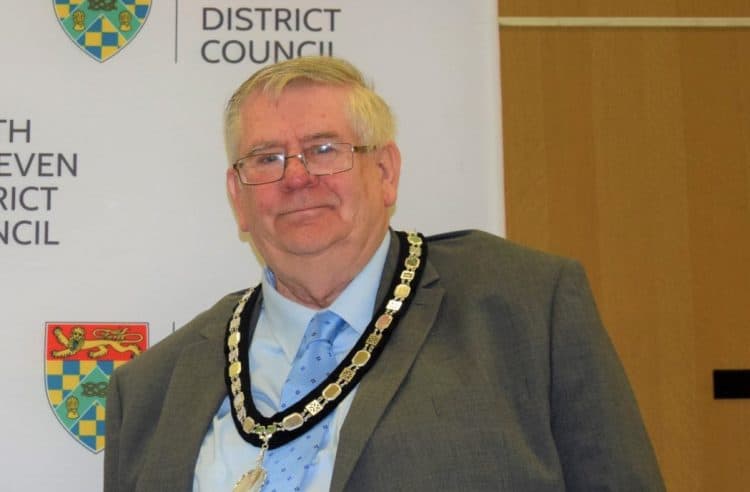 A Tory council vice-chairman who told a public meeting “that’s dealt with the little n***o in the woodpile” has resigned following a race row.

Councillor Ian Stokes left members of South Kesteven District Council stunned when he made the racist slur while chairing a committee last month.

After hearing representations from another councillor, he told the council chamber: “Well, that’s dealt with that little n***o in the woodpile, so to speak.”

His remarks sparked outrage among fellow politicians and local residents who branded his actions “abhorrent” and “deeply offensive.”

The councillor, who represents the ward of Peascliffe and Ridgeway near Grantham, Lincs., was suspended from the Conservative group a short time later.

He later apologised for the comments and claimed he meant to say “needle in a haystack” and he has now stepped down from his role as vice-chairman.

Council chiefs will now decide whether to impose sanctions against Cllr Stokes after receiving 21 formal complaints.

He remains an unaligned Independent councillor and the authority will meet next week to discuss electing a new vice-chair and future chairman.

Cllr Stokes’ comments on October 20 were met with anger with many calling on him to resign at the time with immediate effect.

Yvette Diaz-Munoz, of Stamford Anti-Racism Group, said: “The expression he used is a racial slur and should never be used. He should resign.

“In 2017 when Conservative MP Anne Marie Morris used the same expression she was suspended from the party.

“The term is believed to have its roots in the ‘Underground Railroad’ route to freedom used by those who had been enslaved and who were fugitives in the south of the United States in the mid-19th Century and referred to hiding in woodstacks outside houses and in pulpwood in railway carriages.

“The term is dehumanising. You only need to watch films like 12 Years a Slave to see how it is used as a weapon to treat black people as inferior.

“In short it is deeply offensive and I was frankly shocked to hear that someone in such a position of responsibility could even think it appropriate to use such a term.”

Local resident George Naylor, 67, was watching the live Youtube stream of the meeting when the comment was made about half an hour in.

The granddad-of-two, of Grantham, Lincs., said: “I could not believe what I was hearing – he said it so flippantly and even worse nobody batted an eyelid at the time.

“His comments were abhorrent in this day and age, I don’t want somebody capable of those remarks representing my town and he should step down.”

Other council colleagues lodged formal complaints to the monitoring officer about the remarks made during the governance and audit committee meeting.

“Surely he wouldn’t have said that as chairman of a public meeting and as vice-chairman of the council – but he did.

“To use such archaic, racist language is totally unacceptable.”

Cllr Stokes said at the time: “I unreservedly apologise for the wording I used in today’s governance and audit meeting, the phase was completely unacceptable and I withdraw this remark.

“It was said accidentally and for that I am truly and deeply sorry for any offence that I have caused to anyone.”

Related: Labour slam Tories for failing to tackle Islamophobia within its ranks