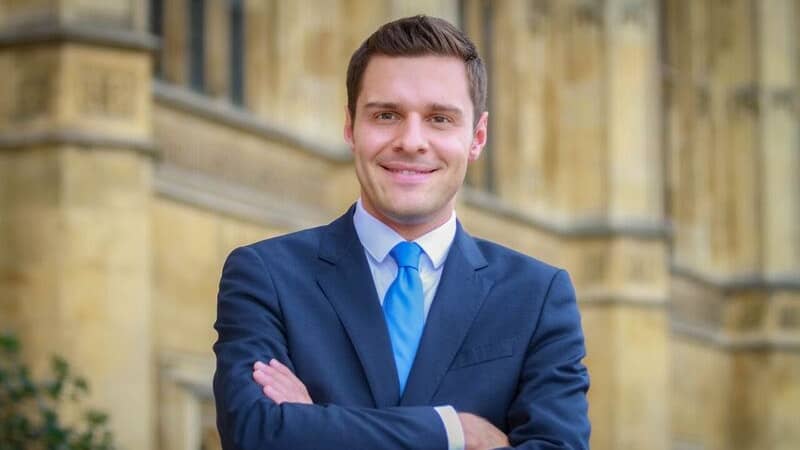 Conservative MP Ross Thomson has stepped down as the party’s candidate in next month’s General Election, as he claimed “malicious” allegations against him had made his life a “living hell”.

The key Boris Johnson ally announced he would not be the Tory candidate for Aberdeen South after a Labour MP claimed he had groped him in a Westminster bar.

Paul Sweeney, the MP for Glasgow North East said he was speaking out about the alleged incident, which he referred to the Parliamentary Commissioner for Standards, because he feared no action will be taken before next month’s General Election.

Other men are said to have made allegations against Ross Thomson too. The Metropolitan Police were called out to the Strangers Bar in Westminster in February after reports of an incident.

Officers confirmed they spoke to three men about allegations of “sexual touching”.

Thomson, who was elected as the MP for Aberdeen South in 2017, was allegedly escorted out of the bar by police, although officers indicated that no formal charges or arrests were made.

But Thomson, who led Boris Johnson’s Conservative Party leadership campaign north of the border, insisted the claims by Paul Sweeney on the weekend were “false and defamatory”.

He stated: “Anonymous and malicious allegations this year have made my life a living hell.

“It has been nothing short of traumatic.

“I have suffered a level of personal abuse that has affected my health, my mental wellbeing and my staff.

“It has been a level of abuse that I never imagined possible.

“I always believed politics was about noble pursuits and doing what you believed to be best for your country.

“My experience is that our politics is now so poisonous that we will never attract good, honest and decent people in the first place.

“I have therefore made the most difficult decision that I could ever make.

“I have decided that I will stand down as the Scottish Conservative and Unionist candidate for Aberdeen South.”

He has now threatened to “explore all options available to me in response to the defamatory and damaging allegations made by Mr Sweeney”.

Thomson, who was elected to the Commons in 2017, had said back in February that he had referred himself to the Conservative Party’s disciplinary panel “in the interests of openness and transparency”, describing all allegations against him as “completely false”.

His comments came after the Scottish Mail On Sunday reported Mr Sweeney had “felt paralysed” during an alleged incident in the Strangers’ Bar in Westminster in October last year.

The Glasgow North East MP told the paper: “It was just such a shocking thing.

“I was in a cold sweat, it was mortifying.”

A spokesman for Mr Sweeney said: “This assault, which took place last October, was reported to the appropriate authorities after similar but entirely separate allegations were made by other men against Ross Thomson in February.

“In light of the failure of the Parliamentary Commissioner for Standards to resolve this matter before the General Election Mr Sweeney feels it is important that voters in Thomson’s constituency should be aware of his behaviour as their representative at Westminster.”

Simon Turner, the chairman of the Aberdeen City Conservative Association, said: “Ross Thomson has been a fantastic MP and a champion for his city.

“He has always put his constituents first and it is with deep regret that we accept his decision today.

“However, we understand that the recent media coverage has been extremely difficult for Ross and it would have made the upcoming general election campaign a deeply unpleasant experience.

“We would like to thank Ross for his years of hard work for this city, as a councillor, an MSP and an MP for the last two years.”