By Joe Mellor, Deputy Editor Geoffrey Cox, Westminster’s highest-earning Tory MP was a tad careless and forgot to declare £400k worth of income from outside interests, but managed to remember to claim for a pint of milk, at a cost of 49 pence. Cox is paid £74,000 a year as an MP but works hundreds […] 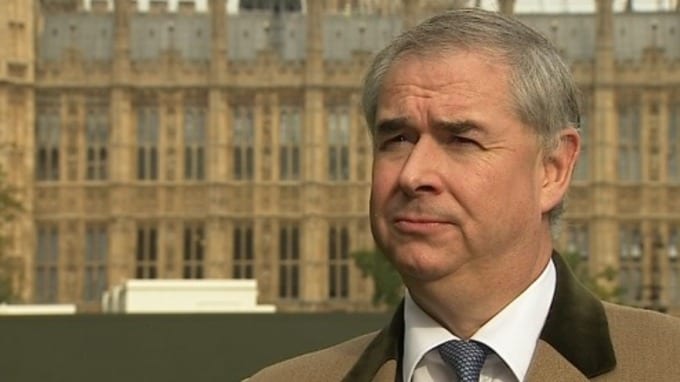 Geoffrey Cox, Westminster’s highest-earning Tory MP was a tad careless and forgot to declare £400k worth of income from outside interests, but managed to remember to claim for a pint of milk, at a cost of 49 pence.

Cox is paid £74,000 a year as an MP but works hundreds of hours as a QC. Unfortunately he broke time limits for registering five hundred hours work he did between Jan and Aug 2015. His excuse was that his office clerk’s retirement caused the late submission.

However, during June and August he found a few spare minutes to claim for four 49 pence pints of milk. In the end it was pointless as his claims were turned down by the expenses team. In a double blow his additional claim for  two pounds worth of teabags was thrown out as well.

Yesterday he apologised to the House of Commons for the oversight and he also stepped down as a member of Westminster’s cross-party standards committee last Oct. A Parliament’s Standards Commissioner report said his actions were a “serious breach of the House’s rules.”

Eleven payments over seven months from January to early August 2015 were declared to the House long after the 28-day window for revealing outside income had expired.

His additional earnings alone was five times the Prime Minister’s salary of £142,000.

His apology to the House lasted 49 seconds, the same number of the price of a pint of milk, during which he said: “The House has a right to expect of its members – and particularly those on the Standards Committee as I was – that they will uphold those rules to the fullest extent.

“For this reason I have stepped down from the standards committee and I hope that the house will accept my sincere and full-hearted apology for my failure to observe this important rule.”