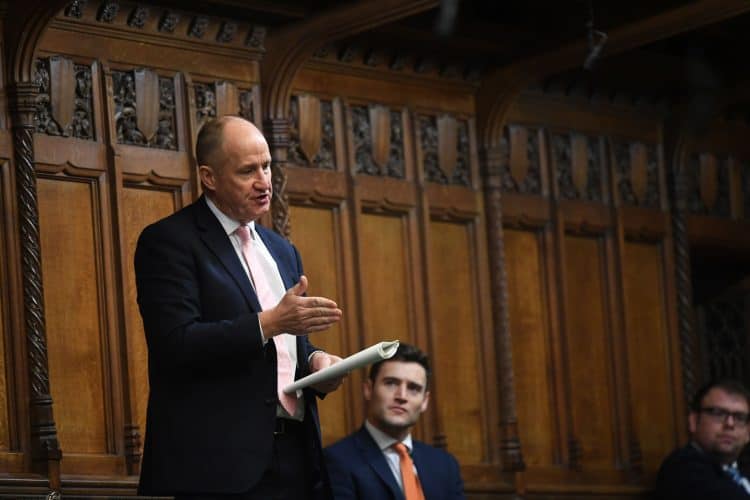 A Conservative MP has urged the Prime Minister to stop plans for an asylum processing centre in his constituency.

Thirsk and Malton MP Kevin Hollinrake said the asylum reception centre at Linton-on-Ouse will “devastate the community” with residents not feeling “safe to leave their homes alone”.

Boris Johnson told the backbencher he heard his concerns “loud and clear” and there will be “further meetings” between him and the Home Office about what can be done.

Ministers announced plans for the new accommodation and processing centre last month and the Home Office says it will provide “safe and cost-effective” accommodation for single adult males who are claiming asylum in the UK and meet the relevant suitability criteria.

This week, Hambleton District Council, which previously announced it was seeking a judicial review of the plans, said the Home Office intends to move 60 asylum seekers into the disused North Yorkshire RAF base by the end of the month.

Raising the issue during Prime Minister’s Questions, Mr Hollinrake said: “Thirsk and Malton has welcomed asylum seekers from all parts of the world including Syria and Ukraine but the Government’s plans just announced from May 31 to the start of what will be up to 1,500 non-detained, young single males from different parts of the world, asylum seekers, in a base that will be the centre of a small rural village of 600 people, children all the way through to elderly residents.

Mr Johnson replied: “I know that my right honourable friend the Home Secretary is engaging with him and with others locally about the use of the site and I hear loud and clear what he’s had to say indeed, I’m the recipient of many of these intercessions on this matter.

“And I understand the strength of feeling in his constituency. And I’m sure that there’ll be further meetings between him and the Home Office about what we can do.”