The Conservative representative for Shrewsbury, 48, told BBC Radio Shropshire that his "blood is boiling" over Wales' decision not to follow England and ease the lockdown. 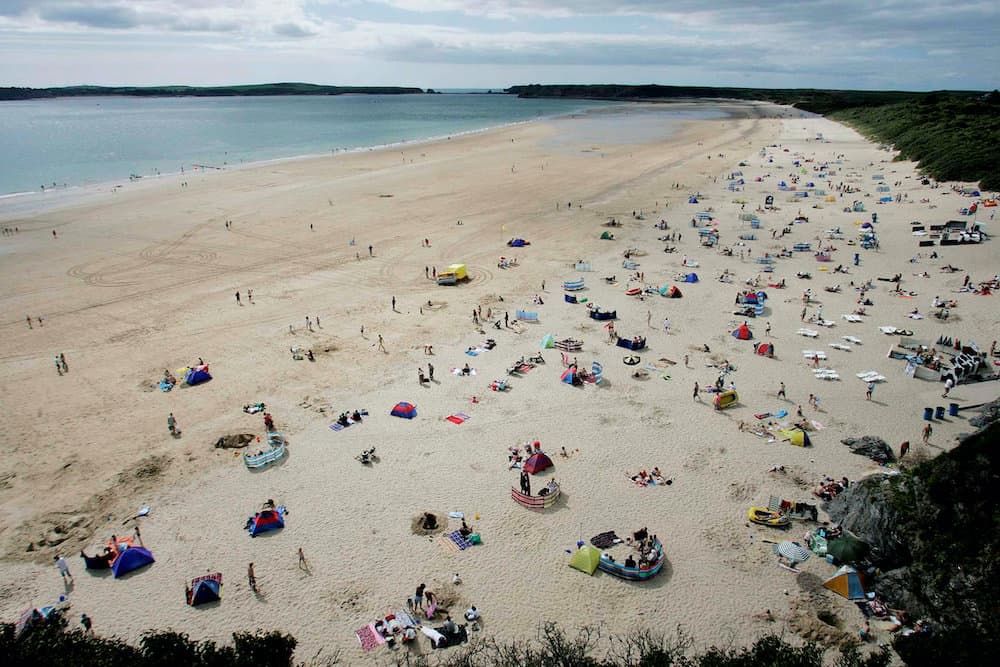 A Tory MP in England has been ridiculed for calling for a referendum to scrap the Welsh Assembly – so his constituents can go the beach in Wales.

Daniel Kawczynski said he believes the difference in lockdown rules shows there should be “one political system for both nations”.

The Conservative representative for Shrewsbury, 48, told BBC Radio Shropshire that his “blood is boiling” over Wales’ decision not to follow England and ease the lockdown.

He added that the differences are “damaging and frightening” for border communities, like in his constituency – as they can’t reach the coast.

A number of the closest beaches to Shrewsbury are in Wales, such as at Ceredigion.

Mr Kawczynski said: “The current gap emerging over this crisis results in the Prime Minister saying to my constituents you can now go for a walk on the beach, but you are prohibited from going across the frontier to get to our nearest coast.

System for both nations

“I am sorry but the time has come to reach out as Conservatives to large numbers of like-minded citizens in Wales who like us believe in one system for both nations.

“We must work towards another referendum to scrap the Welsh Assembly and return to one political system for both nations – a political union between England and Wales.”

Mr Drakeford MS said: “We have concerns traffic flow into Wales could continue to increase as a result of the Prime Minister’s announcement that travel to exercise will be allowed in England.

“Now I just wanted to be clear, in Wales it is Welsh law that apply us travelling to Wales to exercise is not to exercise locally.

We will use whatever means are available to convey this message including signs on the major roads and motorways and articles we hope to place in local newspapers across our border.”

One person said: “I think he should travel far. Might I suggest Iceland might be a good place for him?”

Another added: “Has someone offered to help him pick up his toys and put them back in his pram?”

A third posted: “Perhaps England should change their advice to fit in with Wales?”

The National Assembly for Wales recently changed its name to Senedd Cymru – the Welsh Parliament.

It is the democratically elected body that represents the interests of Wales and its people, makes laws for Wales, agrees Welsh taxes and holds power to account.