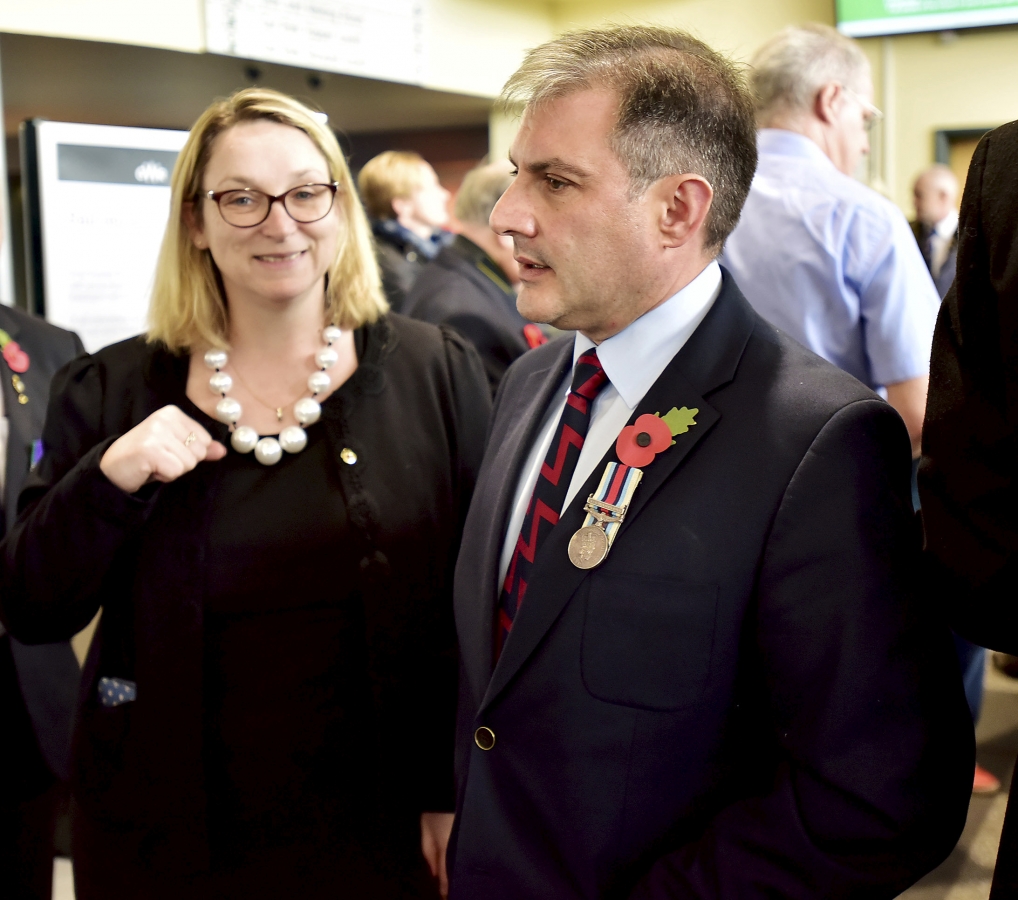 A Tory MP dubbed the ‘Christmas Humper’ over his affair with another Conservative MP Andrea Jenkyns has apologised to his former office manager after she quit over his “volatile” behaviour.

Jack Lopresti – who left left his wife for fellow Tory Andrea Jenkyns in 2015 – was accused of treating Jo Kinsey “appallingly and thoughtlessly” and of “bullying and harassing” her.

Jo Kinsey worked for Jack Lopresti, Conservative MP for Filton and Bradley Stoke, after the Brexit vote. She left her job in March 2017 and lodged a formal complaint against him under the then-new Conservative Party Code of Conduct hotline.

She said she felt vindicated and relieved by his apology, but has resigned from the Conservative Party over the process.

Mrs Kinsey had known Mr Lopresti since they were Young Conservatives together.

Mr Lopresti said he categorically rejected the allegations, and had concerns about the inquiry process.

He said his apology for his actions, however inadvertent, was the end of the matter and that he had attempted to resolve the issues at the time.

But she said his behaviour changed when she started working for him in 2016. She claimed he used abusive and obscene language.

The news comes as a new independent probe into MPs’ behaviour found “staff of Members of Parliament are subject to an unacceptable risk of bullying and harassment, including sexual harassment, at work.”

But after a two-year wait since resigning she has now received just two sentences of written apology from her former boss.

The short note read: “Dear Mrs Kinsey, I am sorry that your time working in my constituency office was not happy for you, and that it didn’t work out.

“I am obviously sorry for any action of mine, however inadvertent, which contributed to your unhappiness.”

Mr Lopresti hit the headlines in December 2015 when his affair with Andrea Jenkyns became public.

They were dubbed the ‘Christmas Humpers’ after being pictured together in matching elf jumpers as they left a festive knees-up in her West Yorkshire constituency.

The pair married two years later and had a son, Clifford, in March 2017.

Mrs Kinsey had known Lopresti for over 30 years but said his behaviour changed when she began working for him.

She told the BBC: “He would shout, he’d be volatile, or he wouldn’t talk to you, or he sulked.

“I explained what he was doing and how it made me feel.

“Unfortunately, he banged his hand down on the desk, slammed his Filofax shut, and just shouted at me saying, ‘This meeting is over’, and then just left.

“That filled me with dread, because I thought, ‘What’s he going to be like when he comes back in the office?’,” she added.

Mrs Kinsey claimed in her evidence that she was not the only person made to feel this way by Mr Lopresti.

His behaviour meant staffers “often trod on eggshells in fear of an angry outburst”, she alleged.

She said Mr Lopresti treated her “appallingly and thoughtlessly” after she returned to work following a death in the family, by asking why she should not be sacked over performance issues.

“I could not believe it, I was devastated, just crushed,” Mrs Kinsey told the BBC at the time.

A panel found Mrs Kinsey’s 240 pages of evidence “detailed and corroborated” in several respects, and agreed that Mr Lopresti may have broken the party’s Code of Conduct.

Despite his extra-marital affair, Mr Lopresti was re-selected as the Tory candidate for Filton and Bradley Stoke, South Gloucestershire, in March this year – which Mrs Kinsey feels is “wrong”.

She said: “I feel that reselecting Jack without even telling the local members that he was party to a Code of Conduct hearing was wrong.”

The Conservative Party announced a new code of conduct hotline on November 3, designed to ‘set out the minimum standards of behaviour expected from anyone representing the Party as an elected or appointed official or office-holder.’

A spokesman for the MP said: “Mr Lopresti’s staff matters have been dealt with in conjunction with the Houses of Parliament HR authorities, and, as such, Mr Lopresti will not be commenting.”

The House of Commons said MPs employed staff members, and its ability to intervene was limited but support was available.

Mrs Kinsey said she had tried to seek help with HR in Parliament the whip’s office, and her local Conservative Party chairman, but no action was taken.