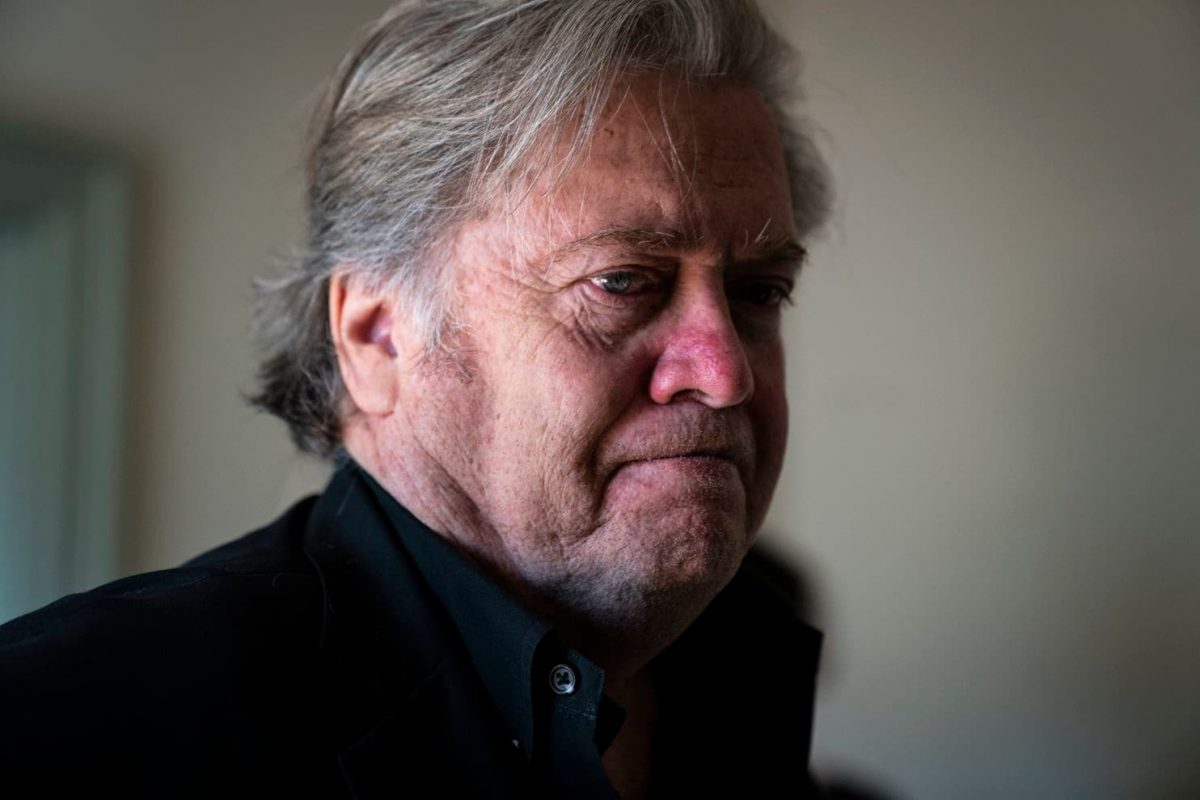 Alison Klayman’s The Brink is not the first film released this year which attempts to get under the skin of divisive political figure Steve Bannon. Far from ignoring this fact, American Dharma actually features in The Brink as Bannon makes his way to Venice for the premiere of the Eroll Morris film. Bannon does not actually attend the premiere, rather he sits in a hotel room conducting several meetings with various right-wing politicians, discussing the future of the EU. The serene waters of Venice are just out of reach outside curtained windows, where Bannon and his band of merry (mostly) men make their plans to galvanise a right-wing populist movement in Europe – informally known as ‘The Movement’.

Where Morris’ documentary focused on lengthy interviews with the man himself, Klayman’s film is a more journalistic, fly-on-the-wall take on the years after Bannon was unceremoniously let go from his role as Chief Strategist for President Trump, in 2017. Here, Klayman seems more intent on showing rather than telling and consequently lets her audience make up their own minds about Bannon’s words and actions. Her access is almost unprecedented – meetings with ex UKIP leader Nigel Farage, Matteo Salvini, Viktor Orban, amongst others are all subject to Klayman’s camera and very little seems to be left off record. There are moments where Bannon and his cohorts seem to forget that there is a camera with them – starting with the very first scene where Bannon seems to wax lyrical about the ingenious design structure of Nazi concentration camps.

Equally, there is also a sense that Klayman is an increasingly unwanted presence. After a damaging interview on ‘Good Morning Britain’ (Susanna Reid is not a fan), Bannon seems more rattled than ever. Doors begin to be shut on the film crew, they are barred from certain meetings and Bannon becomes more aloof in conversations that are being recorded. The question of whether Bannon’s behaviour is all an act still looms.

As the film progresses, it becomes more evident that Bannon is perfectly aware of what he is saying and is constantly crafting his image to suit. He is wildly self-confident that, even if Klayman’s audience don’t agree, there is a dearth of people out there awaiting his populist movement. Bannon isn’t charismatic or charming. He’s ruthless and emboldened by his own ideology. He simply doesn’t give a second thought to those who might oppose him. Klayman cleverly allows Bannon to explain this himself, through conversations with others. He is, as you might expect, quite a terrifying character.

Structurally though, The Brink walks a confusing path. Initially covering Bannon’s activities from the end of his time in the White House to the 2018 mid-terms, there is a lot of focus on the 2019 EU Elections and Bannon’s involvement in supporting the populist movements looking to seize votes. A great deal of the film is focused on the conversations and meetings between Bannon and various populist figureheads and whilst there are some illuminating moments, there is little pay off as the film does not cover the outcome of the EU elections.

It’s unclear why Klayman didn’t shoot and include what would have been a natural climax, and so The Brink ends up feeling slightly unfinished because of this choice. Perhaps it’s because the release of the film in the UK is only a month after the elections have already taken place but with the rise of nationalist, right-wing politics entering the EU parliament, this seems like ground that The Brink would be ripe to cover. Until the unsatisfying ending however, The Brink is a disturbing and engaging look into Steve Bannon, and the momentum of the populist movement over the past few years.