Jo Churchill had been acting as a proxy for Norwich North MP Chloe Smith and it is presumed that she forgot to cast her own vote alongside. 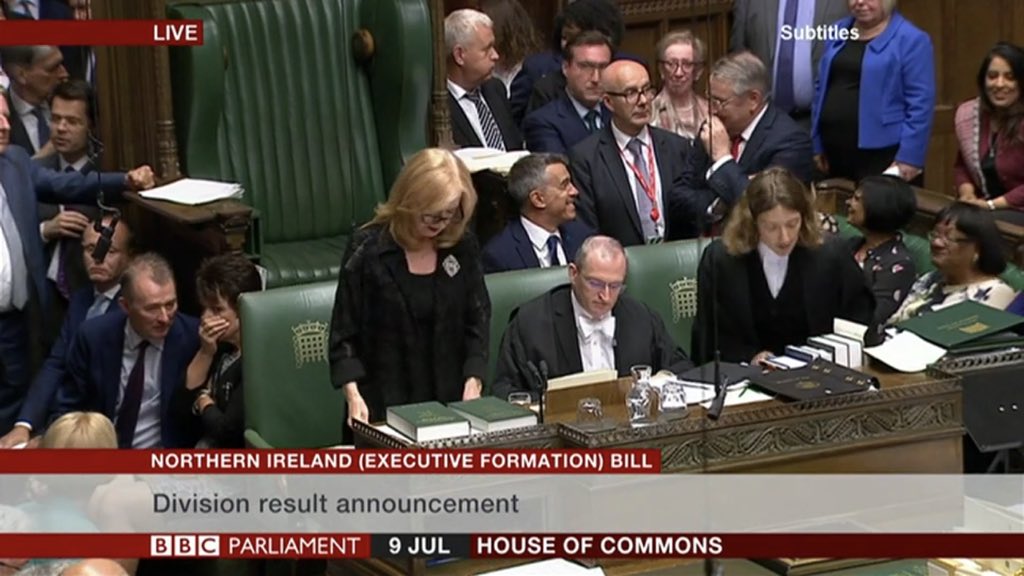 Pictures of a Tory whip reacting in horror have emerged after it was revealed by colleagues that she forgot to vote on an amendment that passed by one.

Jo Churchill, the MP for Bury St Edmunds, did not appear on the division lists for the vote on Dominic Grieve’s amendment on Monday night.

Ms Churchill had been acting as a proxy for Norwich North MP Chloe Smith and it is presumed that she forgot to cast her own vote alongside.

The key vote paves the way for MPs to block a no-deal Brexit and could ultimately stop the next Prime Minister suspending parliament so Britain can exit the EU without a deal.

Grieve said he did not think democracy would survive Parliament being prorogued to allow for a no-deal Brexit, but many Tories disagreed.

Boris Johnson, who is expected to win the Tory leadership contest this month, has so far refused to rule out suspending Parliament to ensure Brexit happens by 31 October.