'Hang on we were told the UK was first in line for a trade deal,' wrote one Twitter user. 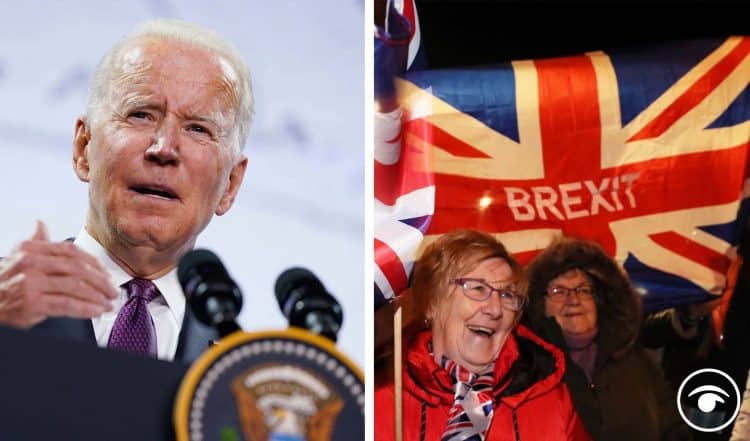 US President Joe Biden announced in a speech at the end of the G20 Summit in Rome that the US and the EU had agreed to a carbon-based arrangement on aluminium and steel.

The deal which will improve relations was not received well by all sections of the British media.

What would have got their backs up, even more, is that Biden said the deal was with ‘closest of friends.’

Perhaps indicating the special relationship with the UK is on the rocks, or totally shipwrecked.

Biden said: “The United States and the European Union have reached a major breakthrough that will address the existential threat of climate change while also protecting American jobs and American industry

US Commerce Secretary Gina Raimondo said: “We’ve reached an agreement with the EU which maintains the 232 tariffs, but allows limited volumes of EU steel and aluminum to enter the U.S. tariff-free.

“It was a very successful negotiation and we agreed on a way forward for how to face our shared challenge which is global excess capacity mainly by China.”

Well a lot of Remainers took to social media to remark on the deal and the seemingly cordial relations between the US and the EU.

Julie Street said: “Just listening to Biden’s G20 speech ….. at least 4 times he has mentioned the partnership between the US and EU.

“Thanks to this Govt we are now officially out in the cold, irrelevant and f***ed. #JohnsonOut.”

James Woodley commented: “Did you notice Joe Biden’s speech – America and EU are partners who will tackle climate change & global trade – no mention of “global” Britain.”

Related: Brexit: ITV’s Robert Peston called out for tweets that have muddied water in fishing row