Here are the pictures. 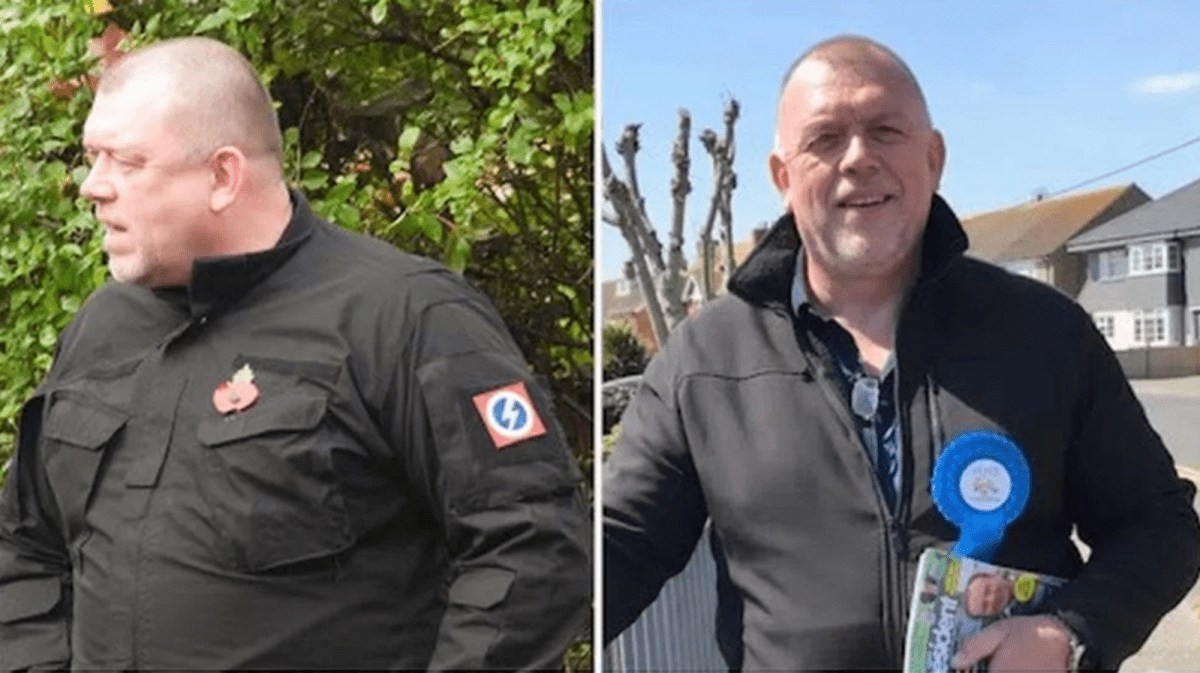 A Conservative councillor suspended over links to far-right groups has admitted the optics of the pictures exposed by Hope not Hate “is poor”.

Hythe West councillor Andy Weatherhead was revealed to have been a member of a fascist group called the New British Union (NBU) this week.

He has been suspended pending an investigation.

Pictures released by Hope not Hate show him attending a far-right rally and wearing clothes containing a symbol associated with fascism.

In a statement, Weatherhead said: “I completely agree that the optic (sic) of these pictures is poor and potentially upsetting for some. For this I can and do sincerely apologise.”

He said his association with the NBU was “brief”, adding that he looks back on his actions during that period with “regret and personal disappointment”.

But he said “with regard to the report suggested that I used antisemitic language in blogs and alike, this I completely refute”.

He claimed if such articles existed, they were not written by him but published under his name without consent.

Weatherhead said after 2014 he re-entered mainstream politics and turned his back on fringe politics “having seen it for what it truly was”.

He said his links with the NBU “were made in the spirit of education and curiosity” and “at the time it was not a registered political party”.

Kent County Council leader Roger Gough said: “Further to the allegations made on the Hope not Hate website, earlier this morning the Chief Whip and I took the decision to suspend Andy Weatherhead as a Member of the Conservative Group at Kent County Council with immediate effect.

“We have been in contact with, and have acted in coordination with the national Conservative Party, who will be investigating the matter.

“Without prejudging the investigation, I must emphasise that the abhorrent views and associations described in the article have no place in the Conservative Group at Kent County Council.”