Carol Sennitt and her husband, Christoper, pleaded not guilty to causing criminal damage to a Range Rover in Magistrates Court today. 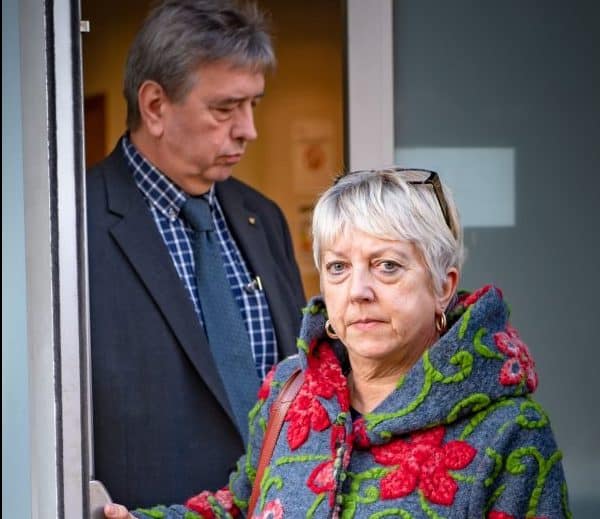 A Tory councillor and her husband appeared in court today (tues) charged with causing £5,000 worth of damage to a Range Rover..

Carol and Christopher Sennitt, both 58, both pleaded not guilty to the charge of “intending to destroy or damage such property or being reckless as to whether such property would be destroyed or damaged.”

The court heard that Mr and Mrs Sennitt of Solham, Cambs., will appear again at Cambridge Magistrates Court on May 1 2019 for trial.

The East Cambridge councillor and her husband had been charged with causing criminal damage to a 2015 black Range Rover Sport belonging to Mark Smith and Stewart Smith.

The extent of the criminal damage alleged to have been caused is to property “valued under £5,000”.

Cllr Sennitt, who lives with her husband, represents the Soham north ward and won the seat on East Cambridgeshire District Council in 2015.

She is the service delivery champion for the council in the environmental services department.

Mrs Sennitt is also a health care professional and specialises in feet. She worked as a nursing sister for 20 years at Staploe Medical Centre and co-owned a local café, Chatterbox, for three years.