German chancellor Angela Merkel watched bemused as the beleagured British Prime Minister arrived for crunch talks to save her Brexit deal – and failed to exit her own car. Making a clean exit from her locked car proved tricky for Theresa May who appeared unable to negotiate her child lock. During the 2016 EU referendum […] 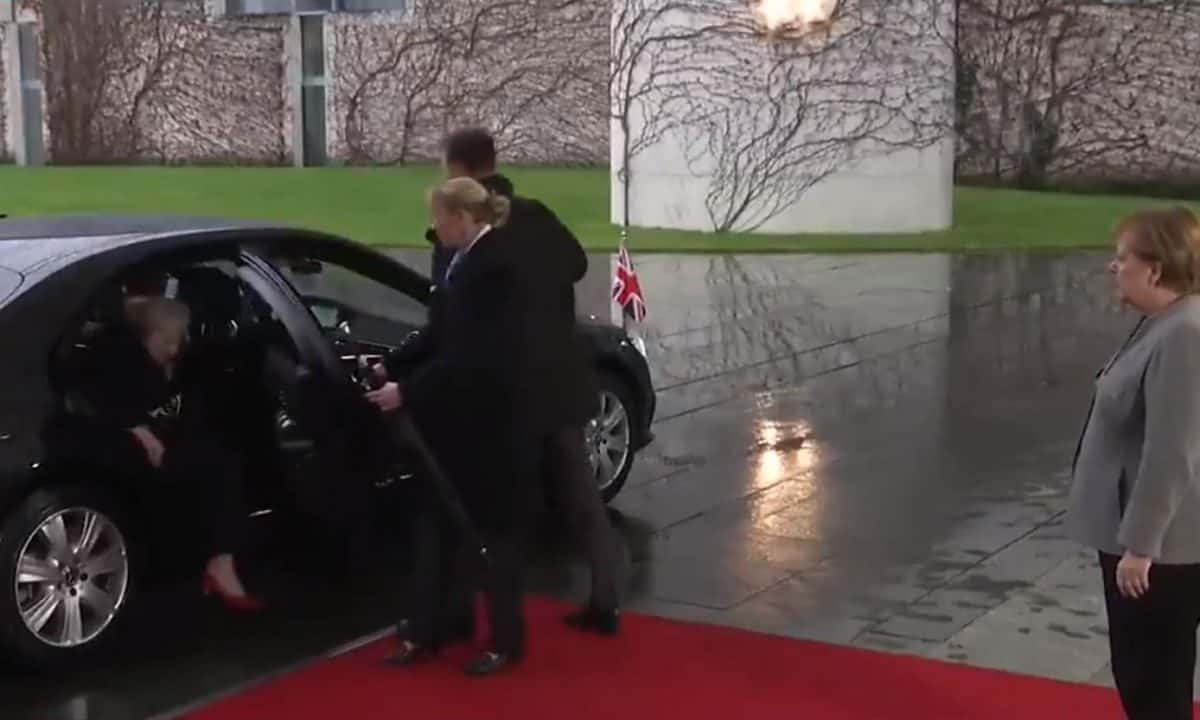 German chancellor Angela Merkel watched bemused as the beleagured British Prime Minister arrived for crunch talks to save her Brexit deal – and failed to exit her own car.

Making a clean exit from her locked car proved tricky for Theresa May who appeared unable to negotiate her child lock.

During the 2016 EU referendum campaign, Tory minister and leave campaigner Michael Gove warned that Britain would be like “hostages locked in the back of the car” if the country did not leave the European Union.

Making a clean exit is proving a struggle for Theresa May at the moment – she was briefly locked in her car as she arrived for Brexit talks with Angela Merkel in Berlin https://t.co/wk0R86PjFi pic.twitter.com/XDLxdeXdjY

This week Theresa May looked far from “strong and stable” as she pulled today’s vote on her Brexit deal at the last moment as it looked unwinable, instead jetting to Netherlands, Germany and Brussels to meet European leaders  in an attempt to make the backstop agreement more agreeable to MPs and the British public.

The government had fought attempts to release their own legal advice which highlighted concerns that the UK or Northern Ireland would be bound by EU rules we have no say over on a long term basis as part of the backstop arrangement to keep Nortehrn Ireland under the same regime as the rest of the UK without creating a border across Ireland.

With time running out until March 29 when the UK is due to leave the EU, European leaders however have warned that the EU deal is not up for renegotiation, though the European Court of Justice confirmed Britain could unilaterally cancel Article 50.

Can confirm Theresa May getting locked in her car is much better when you put the Curb Your Enthusiasm theme over it pic.twitter.com/NiAmUDqTFk

Did anyone else watch this with the subtitles on??? pic.twitter.com/QWQJbCpVEh

In other Conservatives in cars news, today Norman Tebbit was questioned by police after running over someone’s foot: