A Tory council leader has been suspended from the party for retweeting a post supporting Tommy Robinson. Andrew Bowles, Swale Borough Council leader, retweeted the post which included an image of Tommy Robinson’s head superimposed on Mel Gibson’s on The Patriot film cover and called Tommy Robinson a ‘patriot’. He appeared to support Robinson over […]

A Tory council leader has been suspended from the party for retweeting a post supporting Tommy Robinson.

He appeared to support Robinson over his ban from a number of social media platforms.

The tweet read: “I knew this would happen…@SkyNews now reporting Tommy Robinson banned from Instagram and Facebook…this comes directly from the BBC. The reason he’s racist to Muslims.

“This corruptness needs to stop Tommy is a Patriot. RT & TWEET about this disgraceful injustice.” 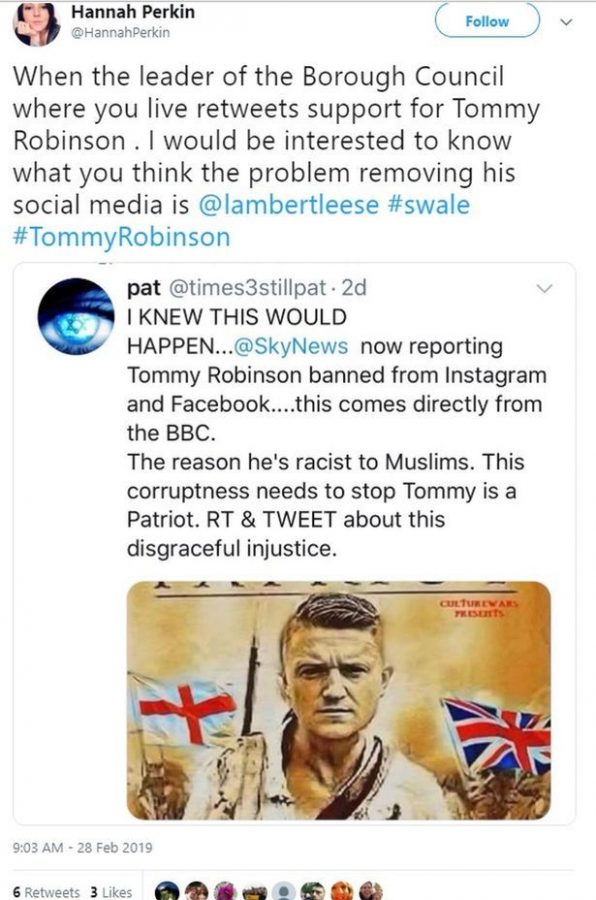 His suspension has been confirmed by Conservative Central Office.

The confirmation of the news comes a day after 14 Conservative party members were suspended after posting Islamophobic or racist comments on social media.

Please read the attached personal statement regarding my recent re-tweet. I would like to reiterate my apology for any offence caused. @Conservatives pic.twitter.com/DI8TinpPwt

Can you see the top Kirstie? Pic shows height of average house deposit in London in pound coins, compared to size of Big Ben