Tommy Robinson has not been granted a U.S. visa to meet with Republican lawmakers in Washington this week, an organizer of the meeting said on Monday.

Fifty-five MPs from recently wrote to U.S. Secretary of State Mike Pompeo requesting that Washington ban Robinson from visiting America. They said they were concerned he would use a U.S. visa to launch a fundraising tour in the country.

Robinson is on currently bail after being charged with contempt of court. He was jailed  in 2013 for using a passport in someone else’s name to travel to the United States from the UK.

Last week Matthew McGregor, head of campaigns at HOPE not hate, said: “Stephen Lennon is a violent thug. If he gets into the US for this visit it’d have a terrible impact here in Britain, so why the hell are Theresa May and Sajid Javid not on this? They should tell the Trump administration very firmly: apply your laws, and don’t allow this thug in.” 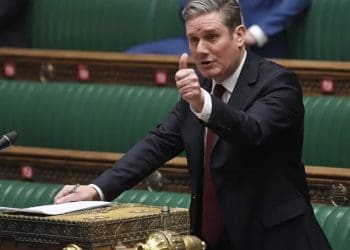