Hope not Hate believes the EDL founder could have access to £3 million in assets. 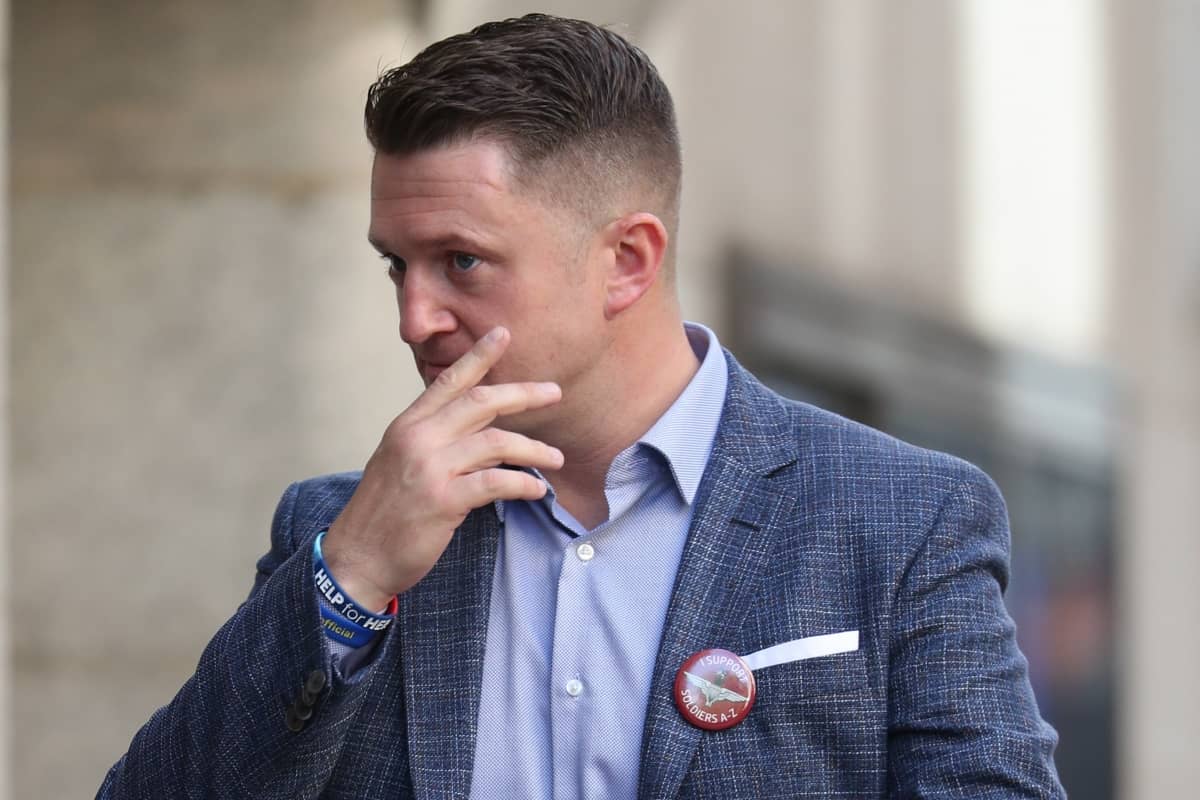 Tommy Robinson arrives at the Old Bailey in London for a committal hearing for alleged contempt of court.

Tommy Robinson owes creditors as much as £2 million – and they’ve appointed an independent insolvency expert to try and reclaim their cash before March.

He was ordered by a judge in July to pay £100,000 to a refugee schoolboy he had wrongly accused of attacking a girl – and he also owes an estimated £1.5 million in legal costs for the boy’s lawyers.

Robinson was unable to convince the High Court over his claims that Jamal Hijazi had attacked “young English girls” at a school in Huddersfield.

Other creditors include HMRC, a former business partner and Barrow-In-Furness Borough Council, the BBC reported.

Anti-fascism campaign group Hope not Hate is fundraising to pay for the independent expert – who has until 3 March to find any assets or many that Robinson might be hiding.

They have the power to look at Robinson’s bank records, interview people under oath and apply for search warrants if necessary.

Robinson and his wife Jenna Lennon divorced last year, soon before he declared himself bankrupt  and before the libel case loss.

She owns a large house in Bedfordshire worth £705,000 – on which extensive work has been done, and Robinson has been seen there talking to builders and sometimes alone, anti-fascism activists said.

Hope not Hate believes Robinson may have access to as much as £3 million in assets earned through property, investments, donations and book sales – while the Bedfordshire house could be worth up to £1.2 million.

The group’s chief executive Nick Lowe said it was going to such extreme lengths because Robinson had “turned Jamal’s life upside down”.

He added: “Jamal and his family had to move, had to start all over again, got all sorts of threats.

“It just seems outrageous that the person who did that, and then lost a libel case, can walk away scot-free.

“So partly it’s about holding him to account and giving some justice to Jamal.

“We need to demonstrate to him and others there are consequences for doing this. You cannot get away with making people’s lives a misery, creating lies, dividing communities, whipping up hatred, inspiring others to do attacks and not be held accountable for your actions, and I think for us this is a way to hold him to account.”

Related: Sun and the Mail come out batting for PM in our ‘completely normal media ecosystem’