Addressing a number of supporters from a platform outside court, he referred to “the mainstream media” and said: “It’s not me on trial today, it’s your freedom as journalists. 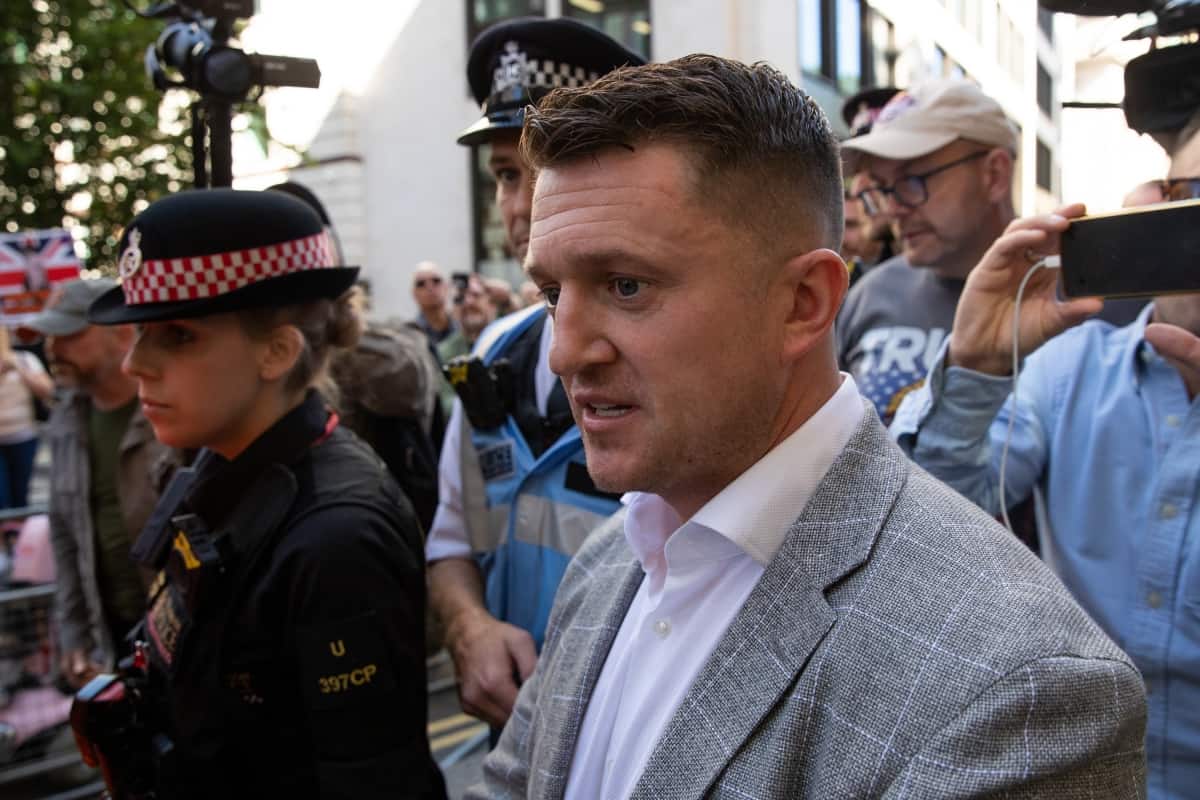 Tommy Robinson has arrived at the Old Bailey in London ahead of an attempt to commit him to prison over an allegation of contempt of court.

The former English Defence League (EDL) leader is said to have committed contempt of court by filming defendants in a criminal trial and broadcasting footage on social media, in breach of a reporting ban.

Addressing a number of supporters from a platform outside court, he referred to “the mainstream media” and said: “It’s not me on trial today, it’s your freedom as journalists.

“This will be used as a test case. I have not broke any law.”

Robinson, whose real name is Stephen Yaxley-Lennon, served two months in jail before being freed after a previous finding of contempt was overturned by the Court of Appeal in August 2018.

But Dame Victoria Sharp and Mr Justice Warby gave permission for fresh proceedings to be brought against him at a hearing in May.

On Thursday and Friday at the Old Bailey, the High Court judges will hear the new application by the Attorney General Geoffrey Cox QC to commit Robinson to prison.

The crowd was segregated from the main walkway into the court, accessed by legal representatives and journalists, by a series of interconnected metal fences.

Robinson, 36, from Luton, Bedfordshire, could be sent back to jail if he is again found in contempt, an offence which carries a maximum sentence of two years.

He was jailed for 13 months in May 2018 after he filmed people involved in a criminal trial at Leeds Crown Court and broadcast the footage on social media.

The sentence included three months for contempt at Canterbury Crown Court in May 2017, which was suspended at the time.

But he was freed from prison after serving two months of his sentence following the Court of Appeal’s decision to quash the finding of contempt made in Leeds.

The case was then referred back to the Attorney General, who announced in March that it was in the public interest to bring fresh proceedings against Robinson.

In the video, which lasted an hour and a half and was viewed online 250,000 times after being live-streamed on Facebook, he discussed a trial of members of a Huddersfield grooming gang.

The trial was covered by a reporting restriction banning publication of any details until after the end of several linked cases, in a bid to ensure the defendants all received a fair trial.

The contempt hearing is due to last for two days, during which Robinson is expected to give evidence.