The two right-wing papers backed Boris’s pledge of 20,000 more bobbies on the beat as they mirrored their front pages. 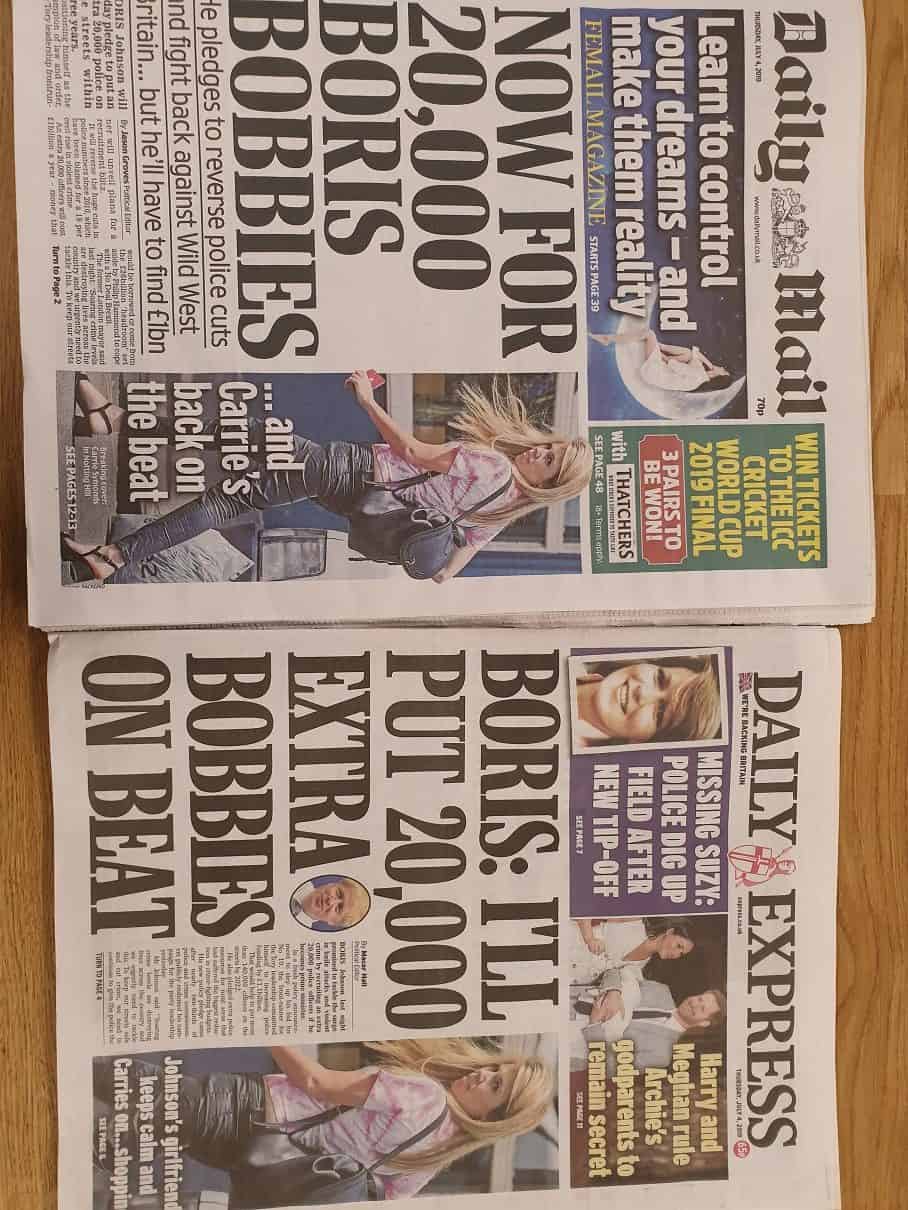 The Daily Mail and Daily Express published near identical front pages today as the two right-wing papers backed Boris’s pledge of 20,000 more bobbies on the beat.

Johnson set out plans yesterday to reverse police cuts and put an extra 20,000 officers on the streets at a cost of over £1 billion per year.

He said the money would come from the £26 billion headroom set aside by Philip Hammond to cope with a No Deal, which he has left on the table as a potential solution to the Brexit impasse.

Several commentators have questioned his pledge to put more money into policing, with the Business Insider’s Adam Bienkov flagging up a similar pledge he made when running for re-election as mayor in 2012 that never came to pass.

Indeed, by the end of his term police numbers had actually gone down, but that didn’t stop the Mail and the Express both embracing his promises wholeheartedly.

Both national newspapers ran identikit front pages this morning, splashing Boris’s pledge alongside a photo of his girlfriend Carrie Symonds.

Their respective political editors drove the charge, but one suspects heads may roll this morning when they notice the blunder.