A 40-year-old man has also been taken to hospital for treatment. 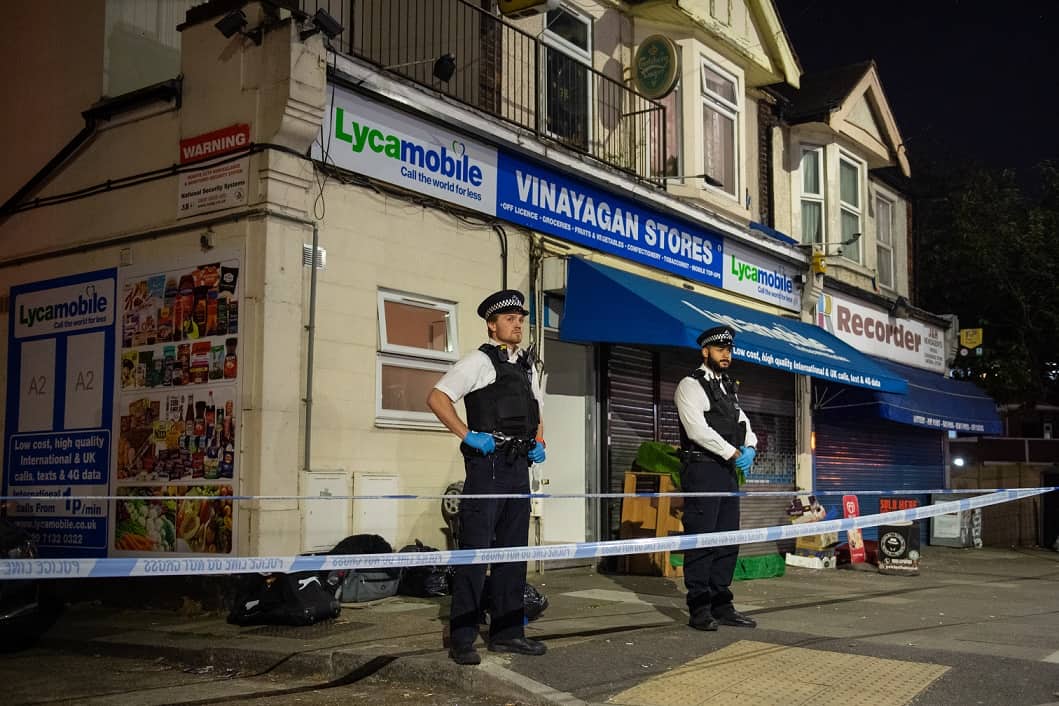 Police attend the scene in Aldborough Road North, Ilford, east London where a baby girl and a boy aged three have been stabbed to death while a 40-year-old man was found injured and was taken to hospital.

A one-year-old girl and a three-year-old boy have been stabbed to death at a property in east London, the Metropolitan Police has said.

Police were called at about 5.30pm on Sunday to reports of a man and two children injured at a home in Aldborough Road North, Ilford.

The toddler was pronounced dead at the scene, while the boy died in hospital where he was being treated for his injuries, police said.

A 40-year-old man has also been taken to hospital for treatment.

Police said all three suffered knife injuries and that they are all known to each other.

A murder investigation has been launched although police are not looking for anyone else in connection with the incident.

Thomas Dodds, 78, who lives around 20 yards from the scene, told the PA news agency he heard a woman screaming for around five minutes before police cars and ambulances arrived.

He said: “It sickens me, a young baby and a three-year-old.

“Someone who did that doesn’t have a heart, to put a knife into a baby.”

A passing nurse who lives on the road said she heard a woman “screaming and screaming inside” before police showed up and officers went “rushing in”.

The woman, who declined to give her name, said: “After about five minutes they took the woman who was screaming out.

“She looked Asian, in her thirties perhaps.

“The air ambulance came and that’s when I knew it was serious, that something nasty had happened.

“It has absolutely shook me, I couldn’t sleep last night. I knew something terrible had happened but when it came out that two children had died, I was shaken.”

“Two young children have passed away & an investigation is ongoing. My thoughts are with the family and wider community who are grieving this unspeakable tragedy.

“We ask that everyone please respects the family’s privacy at this difficult time.”

Inquiries into the circumstances continue.