“Uber must now stop wasting time and money pursuing lost legal causes and do what’s right by the drivers who prop up its empire.” 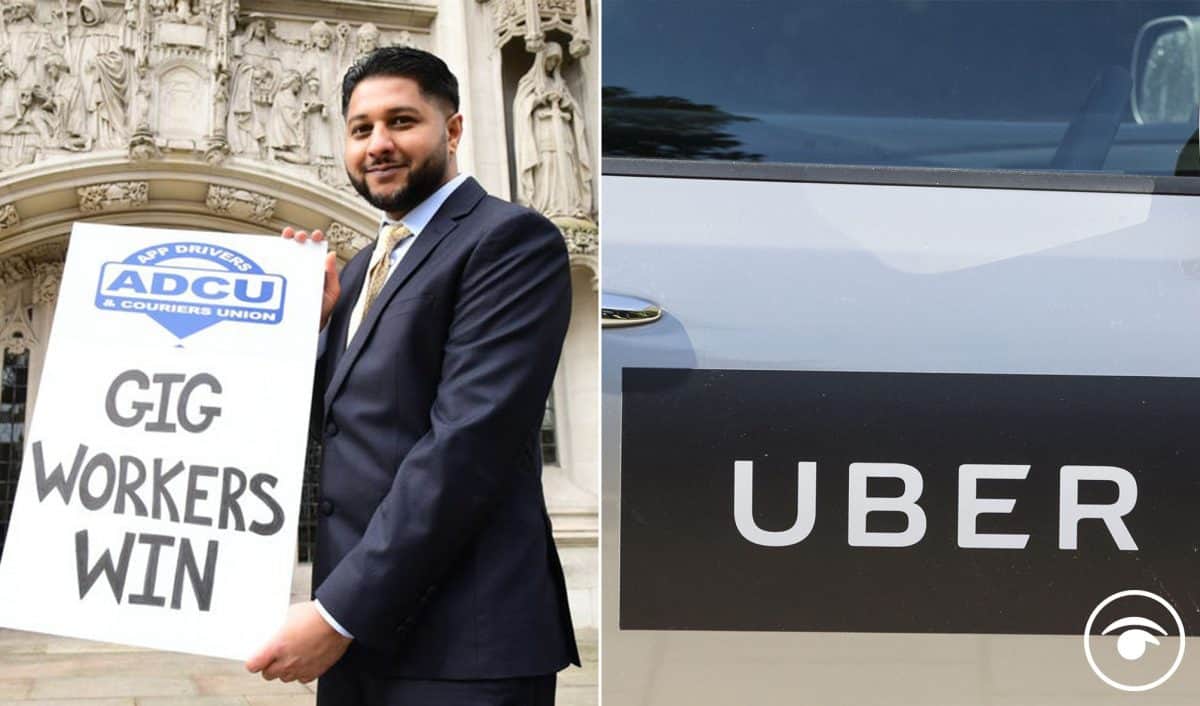 A union has hailed a “historic” Supreme Court ruling that Uber drivers are workers.

Supreme Court justices ruled on the latest round of a long-running fight between Uber operating companies and drivers on Friday.

Lawyers say the ruling means Uber drivers will be entitled to workers’ rights such as holiday pay, and will have implications for the gig economy.

Uber operating companies, who said drivers were contractors not workers, appealed to the Supreme Court after losing three earlier rounds of the fight.

A law firm enlisted by the GMB union to represent Uber drivers says drivers will be entitled to compensation for lost pay.

Mick Rix, GMB National Officer, said: “This has been a gruelling four-year legal battle for our members – but it’s ended in a historic win.

“The Supreme Court has upheld the decision of three previous courts, backing up what GMB has said all along; Uber drivers are workers and entitled to breaks, holiday pay and minimum wage.

“Uber must now stop wasting time and money pursuing lost legal causes and do what’s right by the drivers who prop up its empire.”

An employment tribunal ruled in 2016 that Uber drivers were workers, and were entitled to workers’ rights.

That ruling was upheld by an employment appeal tribunal, and by Court of Appeal judges.

They said drivers did not “undertake to work” for Uber but were “independent, third party contractors”.

But lawyers representing drivers said the tribunal was entitled to conclude that drivers were working.

“It can be seen that the transportation service performed by drivers and offered to passengers through the Uber app is very tightly defined and controlled by Uber,” said one Justice, Lord Leggatt, in Friday’s ruling.

“The employment tribunal was, in my view, entitled to conclude that, by logging onto the Uber app in London, a claimant driver came within the definition of a ‘worker’ by entering into a contract.

“I think it clear that the employment tribunal was entitled to find that the claimant drivers were
‘workers’.”

IPSE (the Association of Independent Professionals and the Self-Employed) has responded to the Supreme Court Ruling today against Uber, saying the judgement shows the “glaring need for clarity” in the gig economy and UK employment law.

IPSE has said the very fact this case has come to the Supreme Court shows “UK employment law is not working” and that to clear the confusion of the gig economy, government should introduce a statutory definition of self-employment.

The Association has also argued that in the financial strain of the pandemic, the need for clarity and for those who are truly workers to get their fair rights “is more urgent than ever”.

Andy Chamberlain, Director of Policy at IPSE (the Association of Independent Professionals and the Self-Employed), said: “The very fact this case has come to the UK’s Supreme Court shows the UK’s employment law is not working. There is a glaring need for clarity in this area, to clear the confusion in the gig economy.

“The gig economy is enormously complex, including many people who are legitimately self-employed and many others who really, based on their working circumstances, should be classed as workers. It is a patchwork of grey areas between employment and self-employment: the only way to resolve this tangle is to clarify employment status in UK law.

“With the pandemic still raging and its financial impact ever more visible, it is more urgent than ever that struggling people who should technically be classed as workers get the rights they deserve. To bring this about – and protect the freedom of legitimately self-employed people – we urge government to write a definition of self-employment into law.”

Related: Best reactions to Telegraph article about ‘woke’ folk being mean to Conservatives