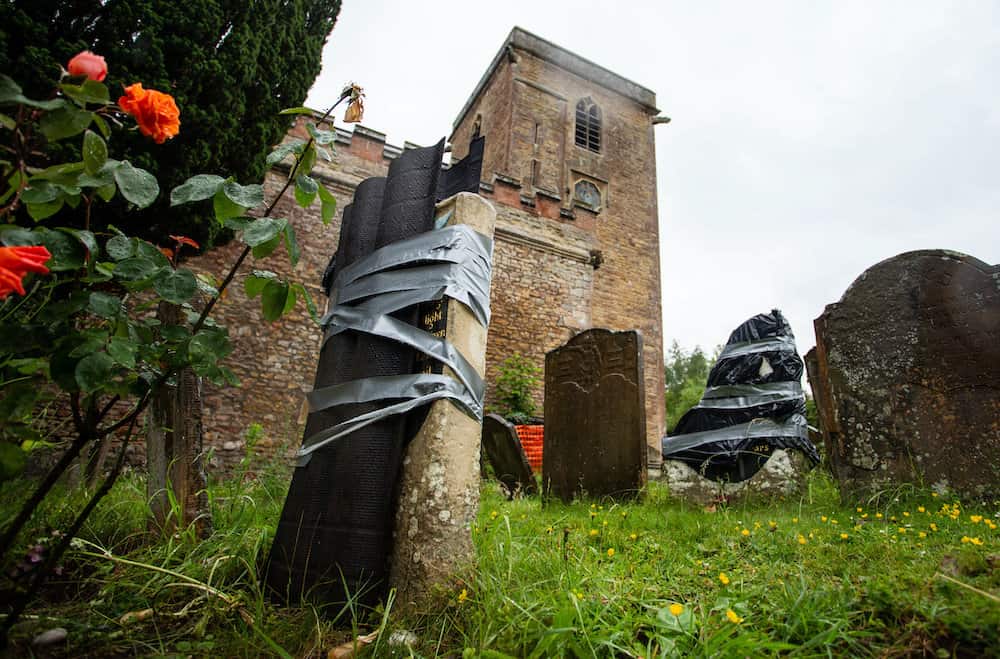 Thousands of pounds have been raised to help restore the grave of an enslaved African man that was vandalised in Bristol.

Two headstones in memory of Scipio Africanus, who lived in the city in the 18th century, were smashed and a message scrawled in chalk on flagstones nearby.

It called for a statue of slave trader Edward Colston, which was pulled down and thrown into the harbour during a Black Lives Matter protest on June 7, to be put back or “things will really heat up”.

Police have launched an investigation into the attack, which is believed to have happened on Tuesday or Wednesday.

On Friday, a JustGiving page to raise funds for the restoration of the memorial had raised more than £2,500.

Archaeologist Richard Osgood, who set up the page, wrote: “This headstone was destroyed in June 2020.

“Whatever one’s politics, the desecration of a grave, a place of memorial to an innocent, is abhorrent.

“Please let us demonstrate our shared humanity and inherent good of the people in this country, and make sure it is restored.”

The Grade II-listed, brightly-painted memorial to Scipio Africanus, who died aged 18 in 1720, is in St Mary’s churchyard in Henbury, Bristol.

Avon and Somerset Police confirmed it was investigating a report of “criminal damage to a monument”.

“Officers have been at the scene and have carried out house-to-house and CCTV inquiries,” a spokeswoman said on Thursday.

The tomb is an early example of a memorial to a man born into slavery, who ended his life as a servant in an English aristocratic household, Historic England says.

He was a servant to Charles Howard, the 7th Earl of Suffolk.

The headstone, which features black cherubs, says he was born in about 1702 and died on December 12 1720.

Scipio Africanus was given his name by the earl or by a previous “owner”, with names of Roman origin frequently chosen for enslaved people, Historic England says.

Marvin Rees, mayor of Bristol, described the memorial as an “iconic piece of Bristol’s history”.

In a statement following the damage, Bristol Diocese said: “We were shocked and saddened to hear the news yesterday that Scipio Africanus’s headstone has been damaged in Henbury churchyard.

“We’re in touch with the council and the police about the incident and praying for peace and reconciliation.”

Conservative councillor Mark Weston, who represents Henbury and Brentry, said the grave had been “badly damaged”.

He posted images on Facebook and wrote: “I am deeply saddened by what is happening. We have seen war memorials defaced and statues vandalised and I have to wonder where this will end.”

It was then dragged to the harbourside, where it was thrown into the water near Pero’s Bridge – named in honour of enslaved man Pero Jones who lived and died in the city.

Bristol City Council retrieved the statue, which will be displayed in a museum along with placards from the Black Lives Matter protest.

Anyone with information about damage to the grave is asked to contact Avon and Somerset Police on 101, quoting reference number 5220132067.