With Brexit negotiations entering a crucial stage reports of wealthy Brexiters who pay vast sums to gain access to the Prime Minster have been making the rounds on social media. Lord Ashcroft, Jacob Rees-Mogg’s business partner, and two of the biggest donors to the Brexit campaign have had Theresa May’s ear over the last year. […] 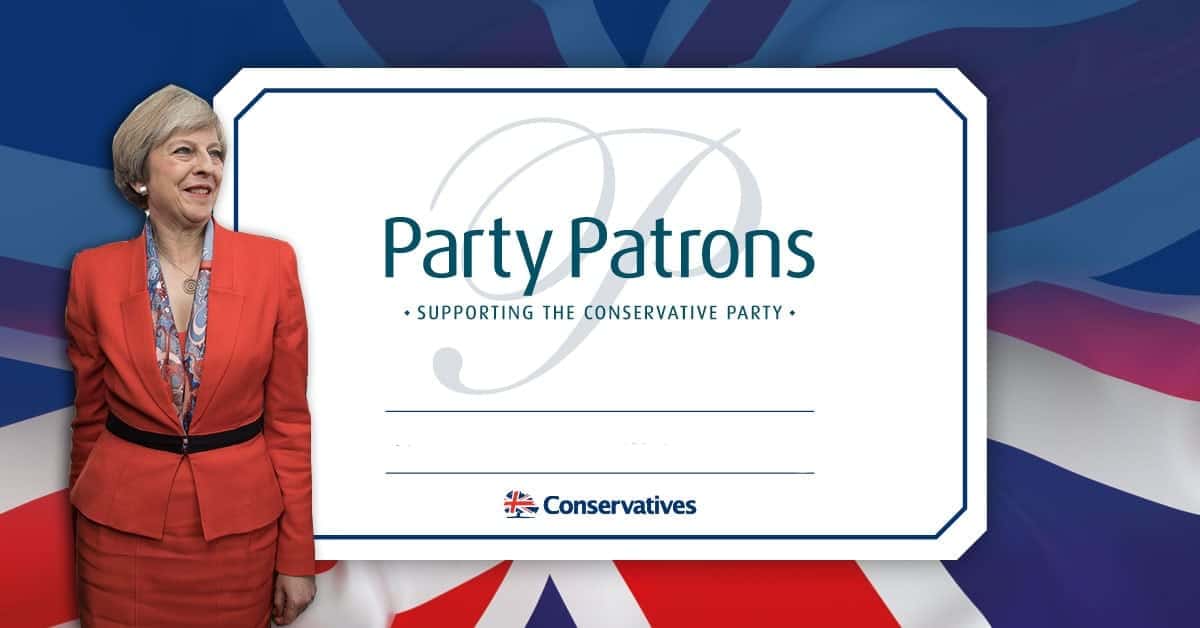 With Brexit negotiations entering a crucial stage reports of wealthy Brexiters who pay vast sums to gain access to the Prime Minster have been making the rounds on social media.

Lord Ashcroft, Jacob Rees-Mogg’s business partner, and two of the biggest donors to the Brexit campaign have had Theresa May’s ear over the last year.

The wealthy group of campaigners part with £50,000 apiece for the privilege of joining the PM and other senior figures from the Conservative Party at dinners, post-PMQ lunches and drinks receptions as part of the Leaders Group, which is the premiere Party Patron package.

As the party’s website notes, “unlike Labour, the Conservative Party is not funded by the Trade Unions. Instead, we rely on the generosity of our committed supporters to maintain a highly effective campaign operation at Campaign HQ”.

The latest registers of major donors on the site date back to the first quarter of 2017, and include names such as Hardy McLain, who donated to the Vote Leave campaign and runs a firm that is in line to profit from Brexit uncertainty.

Dominic Johnson, who attended two dinners in 2017, is the co-founder of Somerset Capital Management, which is also likely to be in line for a windfall from Brexit, and Edmund Truell, who attended dinners in 2017 and 2018, owns a Swiss-listed private equity business called Disruptive Capital which has a mission statement to ‘exploit market uncertainty’ to generate returns.

In total some 81 figures paid a total of £7.4 million to the Conservative Party for access to exclusive dinners with the Prime Minister and senior Cabinet Ministers since the General Election 2017.

At least 10 wealthy hard brexiters paid £50k each to attend a Tory leaders group dinner to gain access to May & assorted ministers and get their views across personally.
Meanwhile as things stand the entire British public won’t even get a vote on the final deal

Chris Bryant MP, a leading supporter of the People’s Vote campaign, said: “People will rightly be angry to see the Government listen to Brexit donors in return for donations to the Tory Party while denying the British public a vote on their deal.

“As more and more facts come to light, it’s becoming clear that Brexit will only benefit financial gamblers and irresponsible speculators, and ordinary people up and down the country will be left worse off.

“Only a People’s Vote on the final Brexit deal can get us out of this mess.”

View the lists in full here.