The claims of lockdown sceptics "are often expressed with overconfidence, or without vital context,” the fact-checker said. 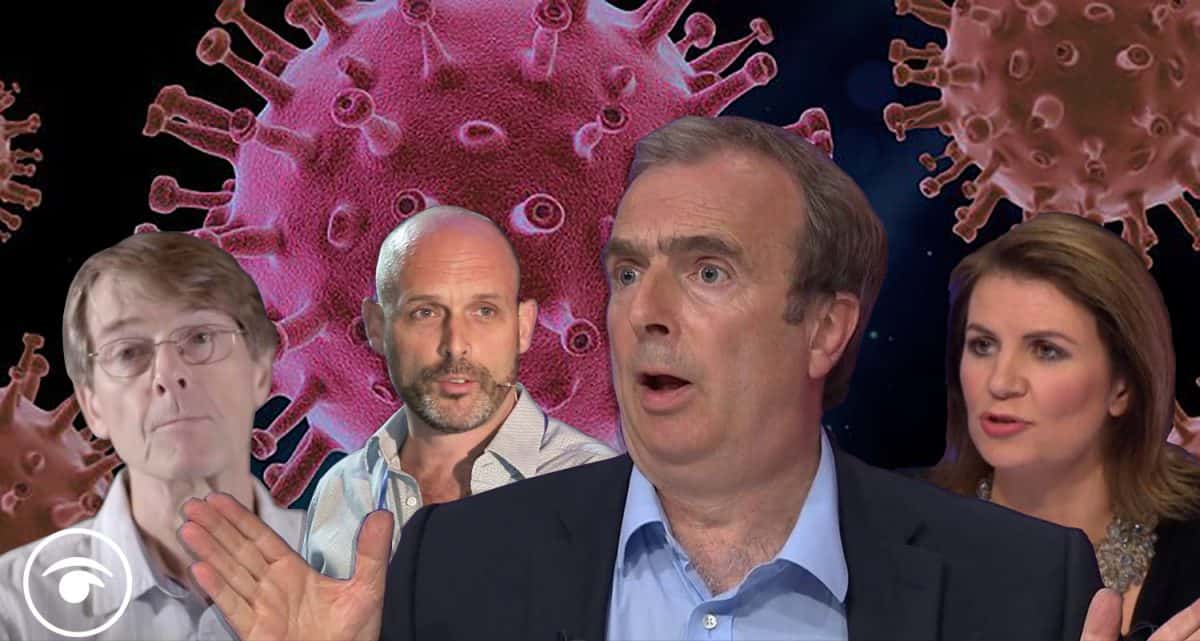 Fact-checkers Full Fact have overwhelmingly dismissed the arguments of lockdown sceptics like Peter Hitchens, concluding that “their claims are wrong” on the “overwhelming balance of evidence”.

The likes of Mail on Sunday columnist Hitchens and broadcaster Julia Hartley-Brewer have routinely lashed out at the supposed inefficacy of lockdowns – touting instead the “focused protection” of high-risk people, as set out in the controversial Great Barrington Declaration.

Meanwhile Hitchens has claimed that it is “not possible” that the first lockdown in the UK caused the decline in daily deaths that followed – because the drop off in deaths happened too soon.

Other sceptics, including author Ivor Cummins, have argued that deaths declined because Britain had already reached ‘herd immunity’ – so the virus was running out of people to infect.

Citing two reliable papers which put the typical time between infection and death at between two and three weeks, Full Fact pointed out that Covid-19 deaths in England peaked on 8 April – 16 days after Boris Johnson instigated the national lockdown on 23 March.

“This is consistent with the most obvious assumption: that the lockdown stopped the number of daily infections growing, and therefore caused the daily deaths to fall soon afterwards,” the fact-checkers said.

However Hitchens has repeatedly argued that the period between infection and death is closer to four weeks – which would imply that infections were already declining before 23 March.

What he declined to mention is that, by that date, many Britons were already staying at home – having been instructed to stop “non-essential contact” by Johnson a week earlier.

Cummins has argued more broadly that lockdowns in fact do nothing whatsoever to reduce deaths – claiming in a (now deleted) talkRADIO interview in October that “there is no correlation” between lockdowns and mortality.

“This is simply untrue,” Full Fact said. “A research paper published in June in Nature, one of the most prestigious scientific journals in the world, concludes: “Our results show that major non-pharmaceutical interventions—and lockdowns in particular—have had a large effect on reducing transmission.

“Another in Science in July said: “Focusing on COVID-19 spread in Germany, we detected change points in the effective growth rate that correlate well with the times of publicly announced interventions.”

“Another in the BMJ said: “Earlier implementation of lockdown was associated with a larger reduction in the incidence of Covid-19.””

That brings us to the ‘herd immunity’ debate – which has been soundly discredited by the emergence of significant second waves of coronavirus across Europe. “This means we can be almost certain that these societies were not immune to it,” Full Fact said.

“The “lockdown sceptics” do make many claims that have some basis in science. The trouble is they are often expressed with overconfidence, or without vital context,” the fact-checker said.

“Still, sceptical theories can be valuable even when they are wrong—by forcing us to prove with evidence what we believe is obvious.”